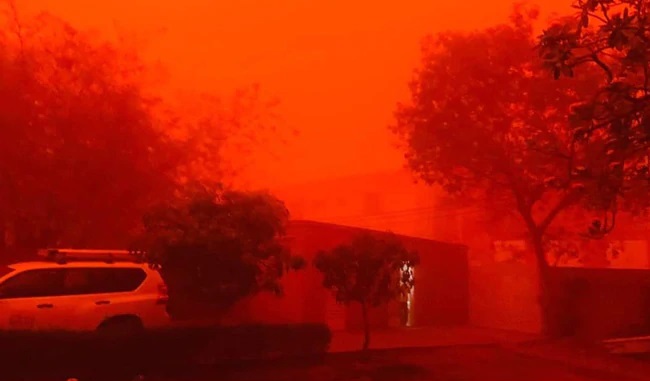 An enormous sandstorm over Niger’s capital turned the skies blood red as a towering wall of dust swept the city.

The apocalyptic and menacing spectacle was captured by several eyewitnesses.

The immense storm swept through Niamey on Monday, shrouding the city in an eerie reddish darkness. 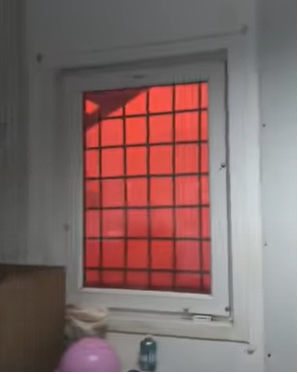 The impressive sight shows a large wall of sand engulfing buildings as it rolls over the city.

A sandstorm can be seen sweeping over Niger's capital of Niamey. The impressive sight shows a large wall of sand engulfing buildings as it rolls over the city. https://t.co/MxaweQn3G1 pic.twitter.com/v0MlCcoeeo

Standing hundreds of meters tall, the giant dust cloud turned day into night for anyone standing in its path.

However, dust storms are thought to drive surges in some illnesses – such as bacterial meningitis – in the Sahel region, which stretches across North Africa from Eritrea to Senegal.

According to a scientific study, the high winds can carry particles, including infectious bacteria, deep into the respiratory tract, suggesting sandstorms could play a role in outbreaks of some diseases.