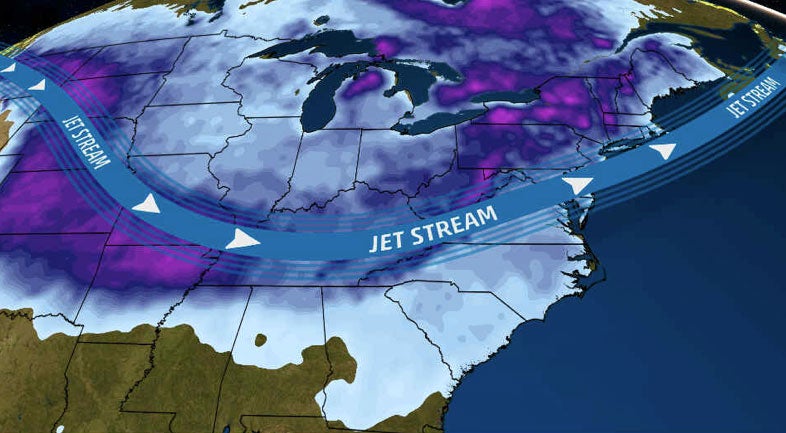 A late-season cold blast has been dumping spring snow from North America to parts of Europe since early May, causing records to tumble in several areas as the cold Arctic air ripped through west to east.

On May 5, residents across Northern New England woke up to unseasonal May snow. "As you go across the Great Lakes and the interior Northeast, we actually have wind chills in the freezing range," Fox News meteorologist Janice Dean described.

On May 9, unseasonably cold air swept across Lake Erie, dumping snow as well in Lake View. Winter-like conditions then resulted in low visibility.

🥇Today's ~6am low of -3.8°C is the lowest temperature Toronto-Pearson has recorded on May 12th since records began in 1938. #TOWx pic.twitter.com/fNGf1AB6lX

Thundersnow in Kingston and surrounding regions were reported in southern Ontario. According to the Weather Network, the Sun's angle caused air parcels to rise up into the cold and unstable air, where temperatures where around -20 °C (-4 °F).

"The air aloft was so chilly that super-cooled water droplets accreted on the falling snowflakes before they reached the surface, distorting the classic snowflake," Weather Network meteorologist Tyler Hamilton explained.

Hamilton noted that a thunderstorm is an unusual form of weather that usually occurs during winter, and it's particularly rare that it happened mid-May.

Much of Europe reported heavy snow and piercing cold temperatures since the first week of May.

In a video uploaded by Romania's National Road Infrastructure Management Company on May 7, roads along the Cluj area was shown covered in snow as snow continued to fall. Snow-removal operations were then carried out that day.

Snowfall in Vilnius, Lithuania yesterday, May 12th. Thanks to Il Monte for the report - posted with permission. pic.twitter.com/8krdj8F8Yw

More fresh snow impressions from Latvia today, May 12th. Photos by Ainārs Kadišs. Thanks to Arvis Liepa for the report - posted with permission. pic.twitter.com/0f7ZeV3cMx

Fresh snow in spring, Taken in Lithuania today, May 12th. Thanks to Donata Mienė for the report - posted with permission. pic.twitter.com/wVcUXh9Q3X

Winter still lingers on the North plateau in Turkey.

The photo was captured by Ziya Krtş on Saturday. Posted with permission. pic.twitter.com/htySvL8UCm

On May 11, parts of Scotland were hit by snow as a mass of Arctic air traveled south on the back of a meridional jet stream flow. The polar blast came after the UK experienced a relatively mild April this year.

In Germany, a blizzard reportedly struck the mountain peak of Brocken and engulfed the entire town of Wernigerode.

Snow was reported in higher elevations in Bavaria. It was very cold in many areas, with temperatures dropping around 2 °C (35.6 °F). Below freezing temperatures of -2.6 °C (27.3 °F) were recorded in Nuremberg on May 12.

"Snowfall is occurring in some regions along the front, especially over Poland and Belarus," Severe Weather Europe reported on the same date. "Further south and southwest, storms were ongoing along the leading frontal boundary since yesterday afternoon." Tromso, Norway also reported heavy snow on the 12th.

On May 14, an intense snowstorm hit the Kola Peninsula in the far northwest of Russia, resulting in traffic disruptions across the region. Murmansk citizens took to social media to share photos and videos of snowy streets.

According to the weather agency Weeronline, such light night frost in De Bilt is special.

On May 16, the weather took a turn as a heatwave spread across the southern Mediterranean, spreading into south Italy, southern Balkans, Turkey, and Israel, among other places.

Meanwhile, it was stormy over Barcelona, Spain, and cloudy over Germany. Several thunderstorms and wind warnings are in place to much of the continent.