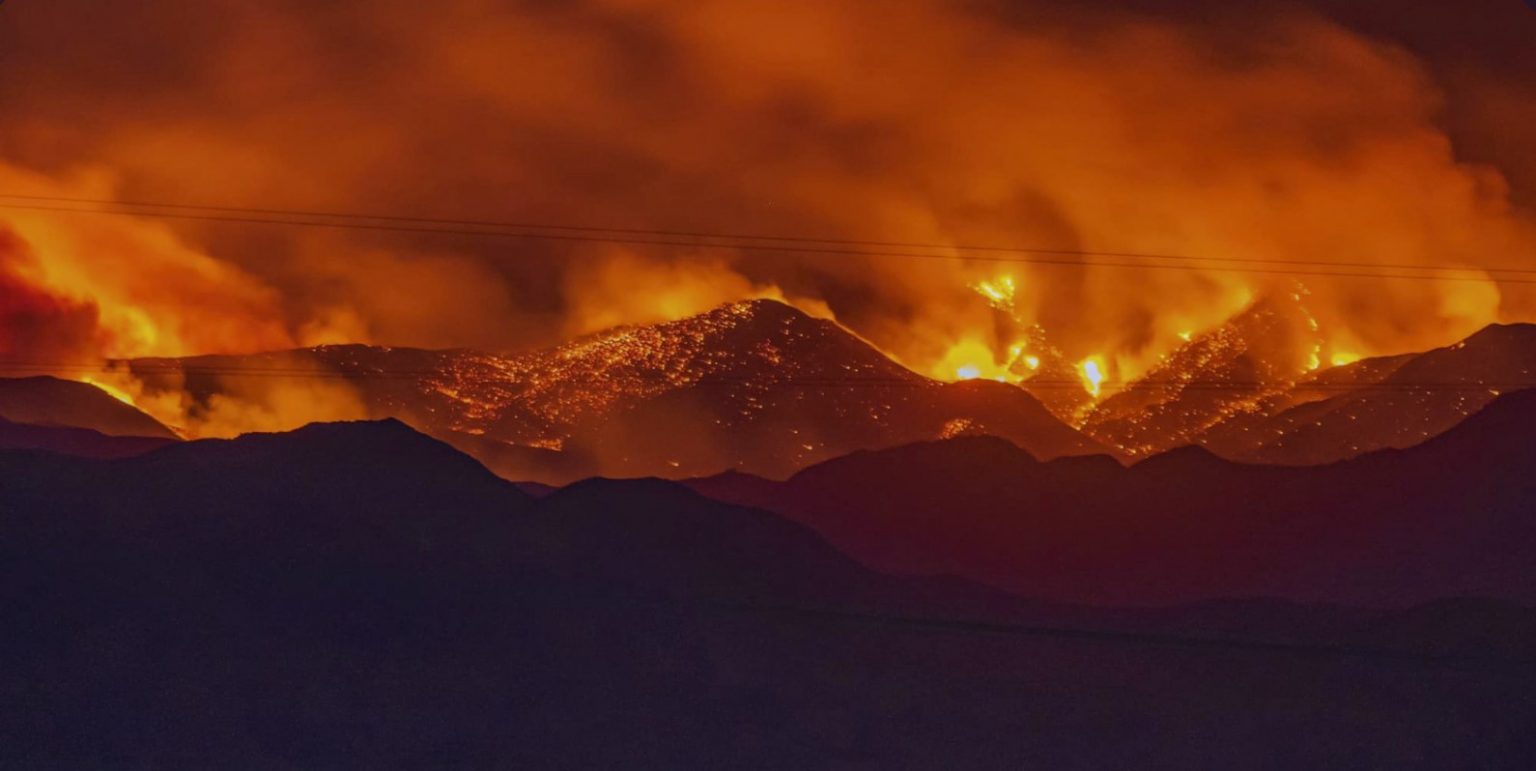 Arizona emergency crews are working to put out a massive wildfire.

The blaze, dubbed the Bush Fire, ignited last Saturday and has more than doubled in size since Wednesday morning. It has burned more than 150,000 acres, so far.

Now defined as a megafire – because it has already burned more than 40,500 hectares (100,000 acres) of land – the seventh largest fire in state history burns out-of-control and is only seven percent contained, ravaging parts of the Tonto National Forrest, just northeast of Phoenix.

The ‘Bush Fire’ has grown dramatically in size from 59 square miles to 101 square miles as of Tuesday morning officials said.

The Bush fire in Arizona is over 150,000 acres, it’s only 7% contained. This is near 4 Peaks. pic.twitter.com/pwC2RJgJEH

The good news is no homes nor businesses have been destroyed, but some worry it is just a matter of time, as evacuations have been implemented in multiple towns and officials are urging residents to evacuate to nearby shelters.

The wildfire has forced evacuation of thousands of people in several rural communities in Maricopa and Gila counties and closed parts of numbers of roads, among others State Route 87, or the Beeline Highway, from Payson to Bush Highway and State Route 188 from the 87 junctions to Roosevelt.

RAGING INFERNOS: More than two dozen wildfires are burning in the western U.S., including the Bush Fire in Arizona, which has scorched more than 150,000 acres and forced evacuations. @DavidMuir reports. https://t.co/30P9Ozr8ma pic.twitter.com/56fQ1qOrku

While residents are evacuating their homes, the Red Cross has been setting up shelters. Moreover, many Arizonans from Punkin Center, Sunflower, and Apache Lake are now sleeping in motels.

As 440 firefighters desperately try to squelch the inferno, hundreds more are praying for them. “I think everybody is just terrified and hoping they will get it out in time before the residences are lost,” said Hill. “Let’s stop it on the highway, please. And before the homes.“

Fire officials say the fire started due to a car issue on the side of the highway.

Other fires burning in Arizona and California

Meanwhile, other major fires also are burning across the state amid hot, windy and dry conditions, including two that also have prompted evacuations of threatened rural communities in several other parts of both Arizona and California.

The two other major fires in Arizona spread in the Santa Catalina Mountains overlooking Tucson in southern Arizona (BigHorn Fire) and in the Kaibab National Forest north of the Grand Canyon in northern Arizona (Mangum Fire):