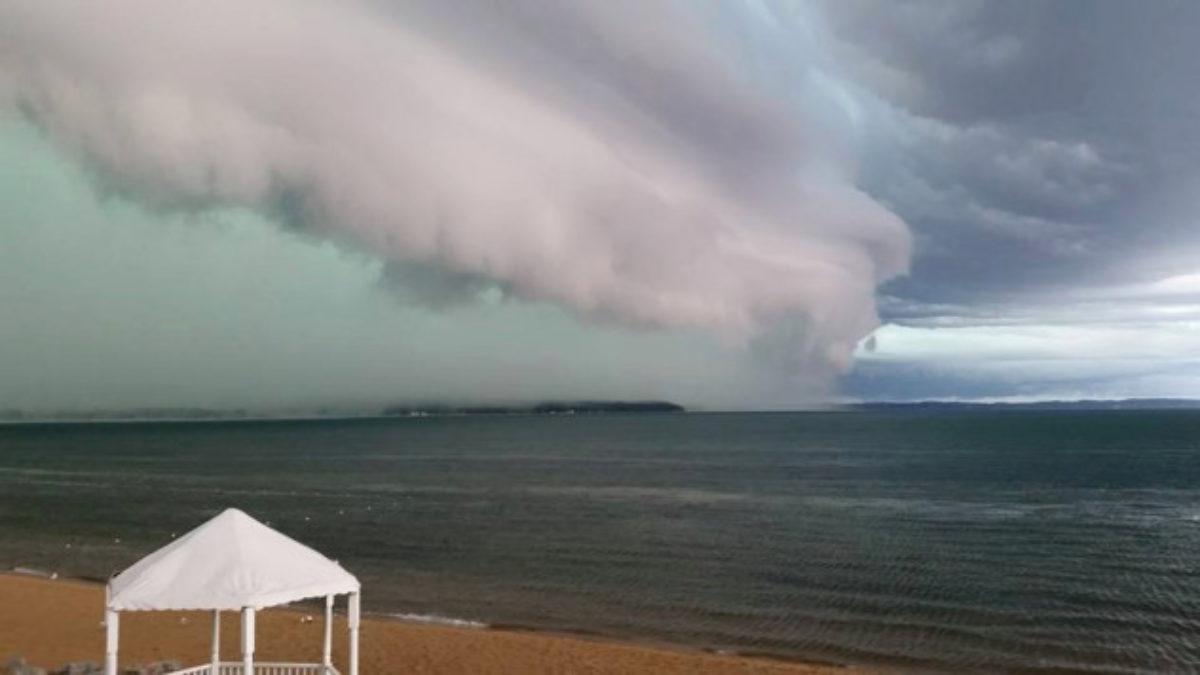 A rare meteotsunami formed in the Chesapeake Bay as thunderstorms rolled through Maryland Monday night.

According the The National Weather Service’s Mt. Holly bureau the tsunami formed near Tolchester Beach in Kent County.

A meteotsunami is a tsunami wave that is brought on by air-pressure disturbances often associated with fast-moving weather events like severe thunderstorms, squalls, and other storm fronts.

The tidal chart showed that there was a sharp rise and fall along several smaller waves. This wasn’t due to any seismic activity, instead it was due to the substantial pressure created by the thunderstorm.

This is the classic meteotsunami signature with a tsunami wave followed by several smaller waves in response.

According to folks at Tolchester Marina, the storm was extremely intense. Cathy Bramble, marina president, tells Bay Bulletin the rain came down sideways and wind gusts were so strong that Tolchester’s 20-foot steel flagpole was bent. Bramble says the wind also blew a sign right into the marina’s palm tree, where it became lodged in the trunk.

Boaters at the marina saw hail and one sailboater’s wind instrument clocked a gust at just under 70 miles per hour.

Radar loops showed that the storm outflow – a line, or in this case a ring, of cool dry winds – move out of the thunderstorm cluster in a symmetric pattern. “This pattern would have produced gusty winds as it passed over the Cheapeake Bay and lowered the atmospheric pressure suddenly,” explains Snider.

The last suspected meteotsunami on the mid-Atlantic coast was the result of a derecho back in 2013. The rare phenomenon is hard to predict and there is no warning system yet.