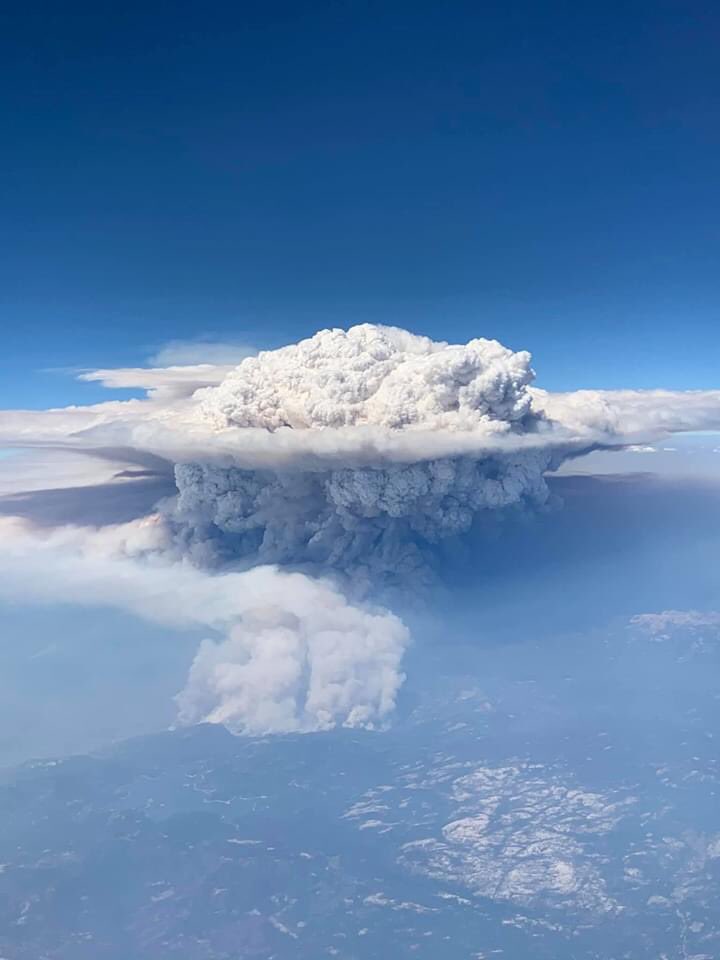 The fires in California are burning so hot that they’re making their own pyrocumulus cloud systems, each up to five miles high. These clouds are also making firefighting efforts more difficult. 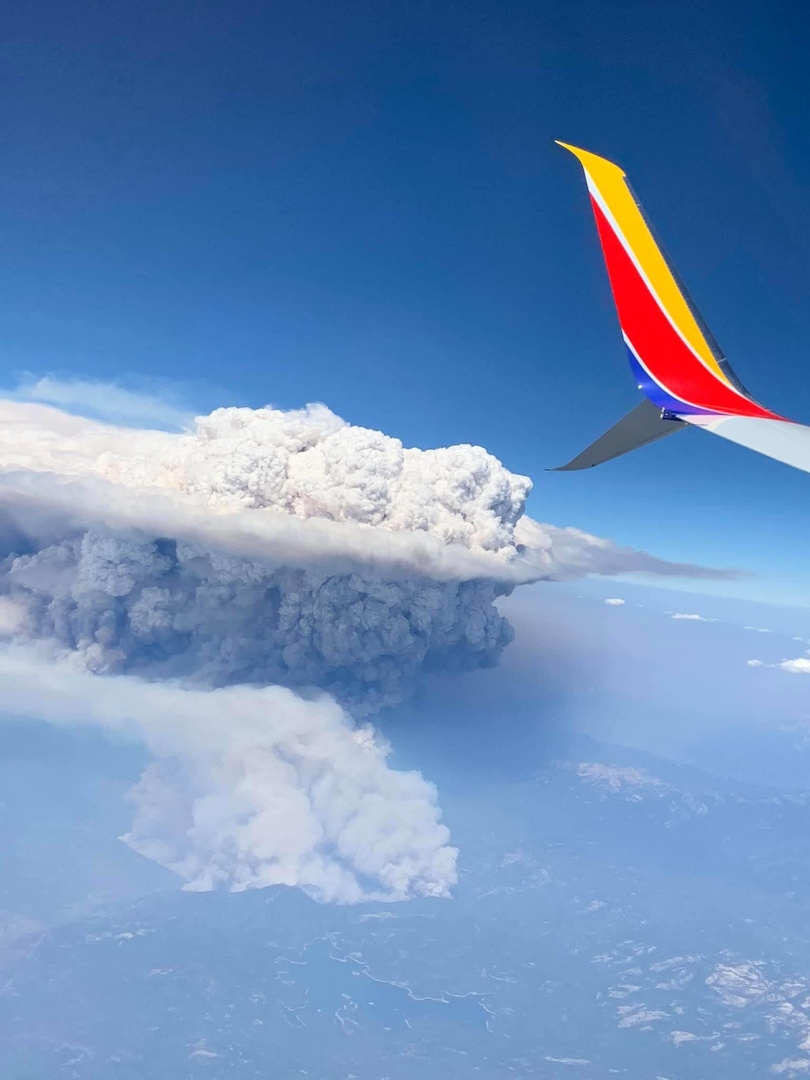 The intense heat induces convection, which causes the air mass to rise to a point of stability, usually in the presence of moisture, causing apocalyptic clouds raising high in the atmosphere. VK 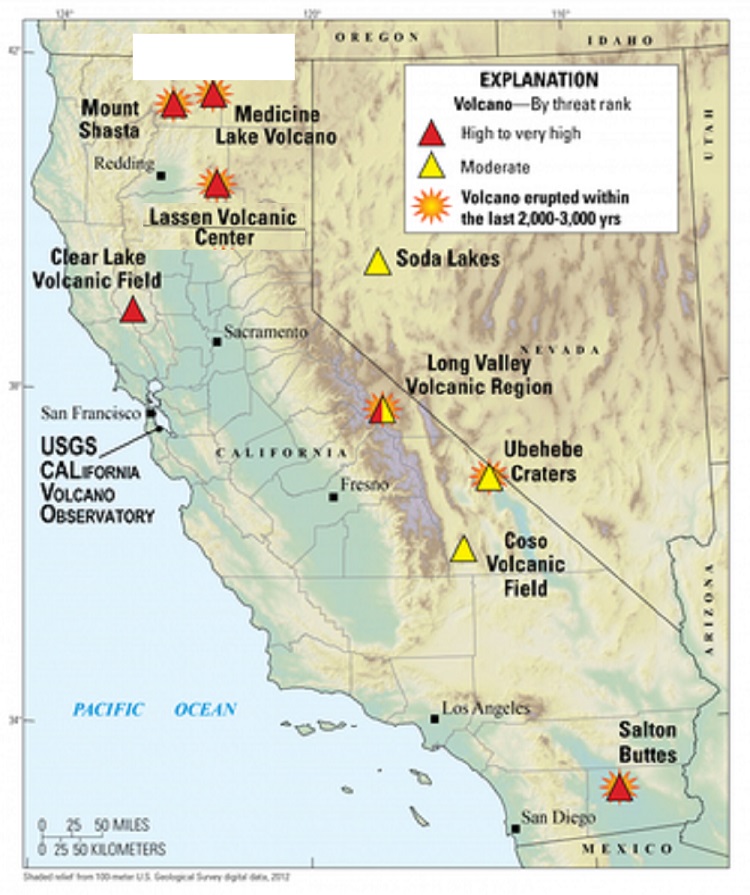 Normal clouds are formed when the sun heats the earth’s surface, causing water to evaporate and rise into the atmosphere, where it cools and condenses into a cloud.

This is a relatively slow process compared to the formation of a pyrocumulus cloud, where the intense heat of a huge wildfire burns the moisture out of the vegetation. This moisture then accumulates on smoke particles and rapidly condenses as it rises. 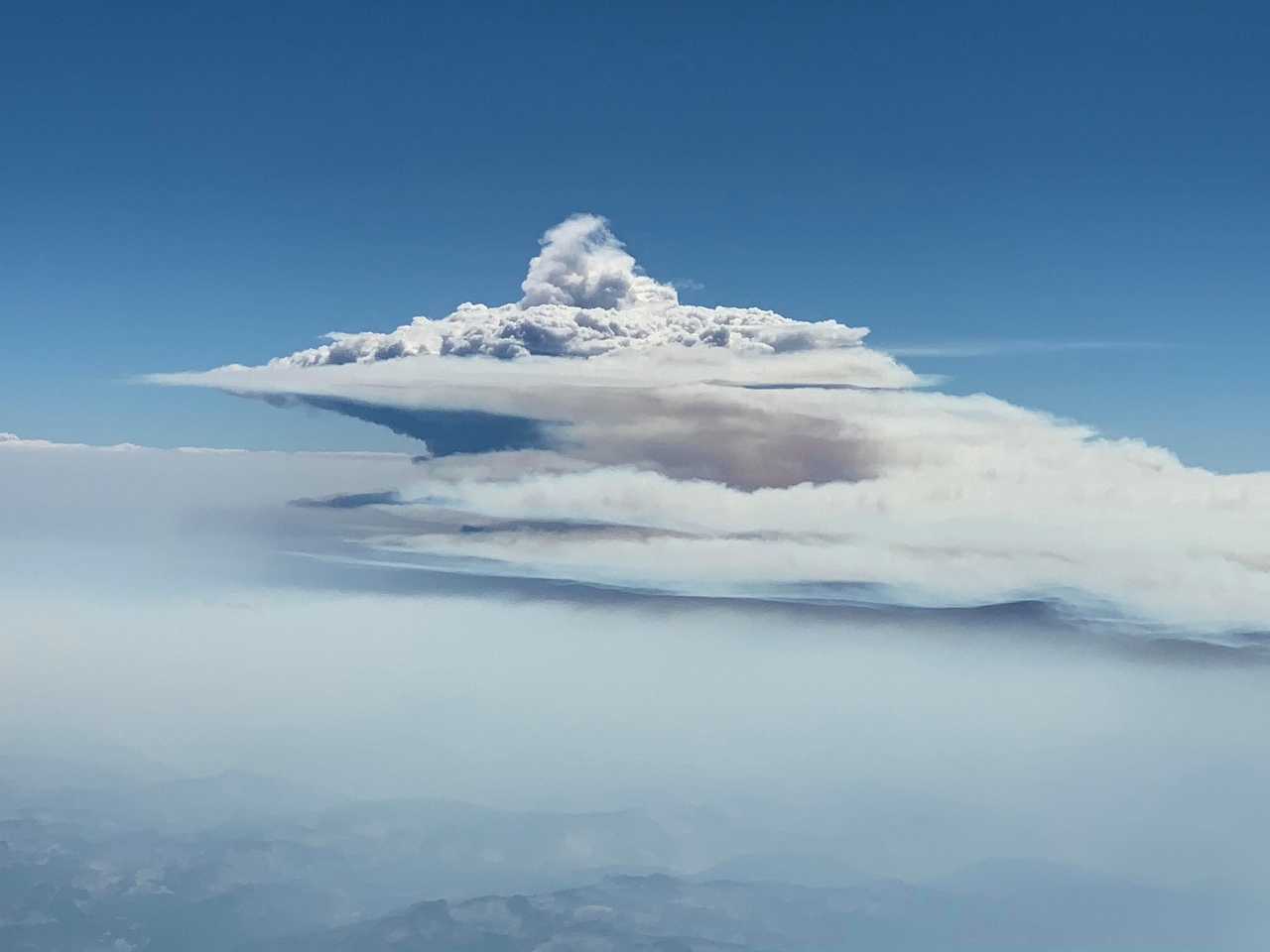 Pyrocumulus clouds are more commonly seen above volcanic eruptions, which produce lots of steam. If you’ve ever seen an evil-looking cloud creating dry lightning above a volcano, that’s a pyrocumulus cloud. They’re colored black or dark brown by the volcanic ash, whereas ones created by wildfires are usually dark gray, due to the smoke and ash.

The speed with which pyrocumulus clouds form and change, combined with the heat of the fire, can lead to quick, massive temperature swings in the atmosphere, producing unpredictable and severe winds. 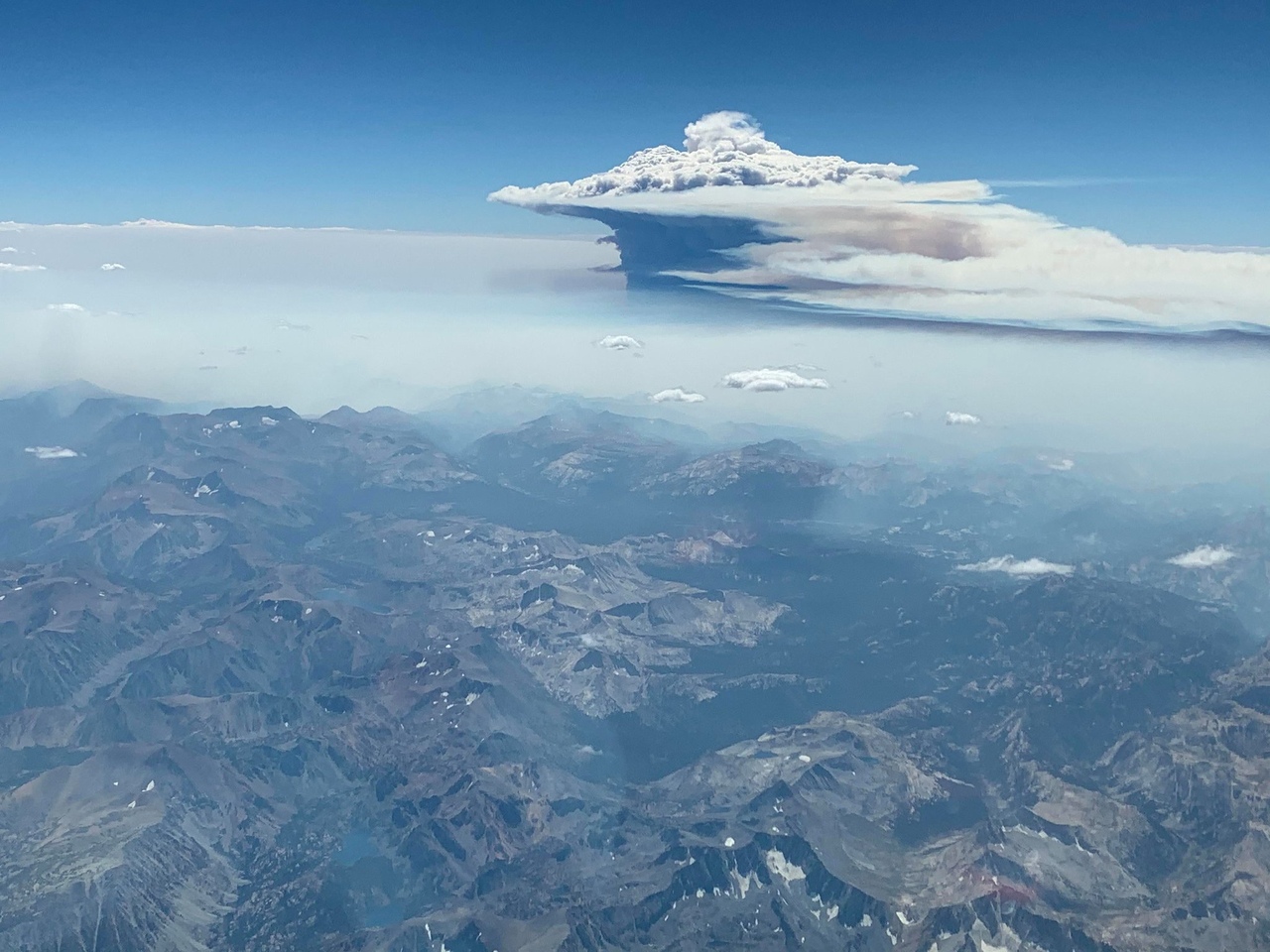 A flammagenitus cloud can help or hinder a fire. Sometimes, the moisture from the air condenses in the cloud and then falls as rain, often extinguishing the fire. VK

These can exacerbate the intensity of wildfires, and cause them to move or otherwise behave in unpredictable ways. And that all can put the lives of firefighters and the public at risk. 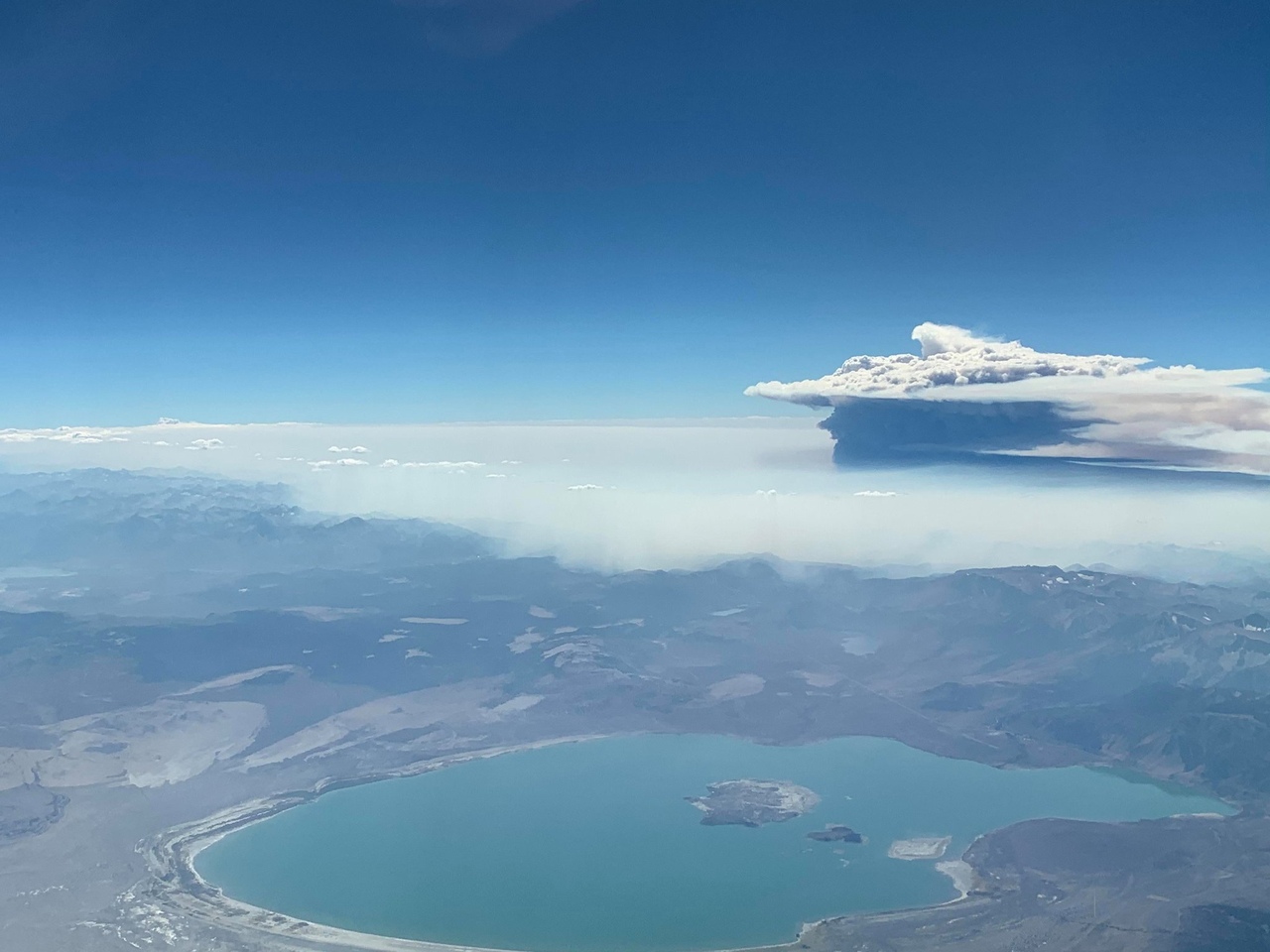 However, if the fire is large enough, then the cloud may continue to grow, and become a type of cumulonimbus cloud known as a cumulonimbus flammagenitus, which may produce lightning and start another fire. VK

Sometimes, very rarely, pyromuculus clouds contain enough moisture that they produce heavy rain, potentially helping extinguish the fires that created them. Sadly, that does not appear to be happening this time as California is in the middle of an intense heatwave.