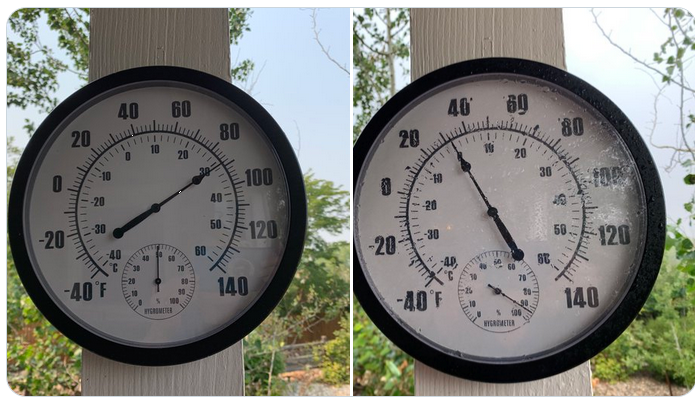 Summer came to an abrupt halt in parts of the Rocky Mountains on Tuesday as temperatures reaching into the 90s plunged by around 60 degrees in less than 24 hours, with a powerful surge of cold air from Canada unleashing snow and damaging winds in several states.

The roller coaster weather ripped up trees by their roots, piled up snow that shut down parts of the scenic road through Glacier National Park and knocked out power to tens of thousands.

But the temperature drop gave some relief to crews fighting wildfires in Colorado and Montana that had ballooned in hot, windy weather and forced people to flee their homes.

Heat and strong winds also hit California and parts of the Pacific Northwest over the holiday weekend, triggering destructive wildfires.

Snow fell in Colorado, Montana and Wyoming, where portions of Interstate 80 closed and forecasters predicted up to a foot in the mountains and temperatures in the teens overnight.

In Utah, where temperatures dropped by 40 degrees, wind gusts of nearly 100 mph roared through the Salt Lake City area, downing trees and leaving tens of thousands without electricity.

The Utah Capitol, which was already closed to visitors because of the coronavirus pandemic, shut to employees as well Tuesday as winds ripped up large trees by their roots, Lt. Gov. Spencer Cox tweeted.

Six inches or more of snow could fall in the northern and central Rockies, with 1 to 2 feet dropping in the highest peaks, the National Weather Service said.

The cold and snow will help the fight against the Cameron Peak Fire in northern Colorado, which nearly quadrupled in size over the weekend, sending smoke and ash into Denver. The weather was gradually expected to warm up, with temperatures back up in the 80s by the weekend in the Denver area.

In Montana, where the weather began to shift Sunday night, the small city of Red Lodge, a gateway to Yellowstone National Park, had received 10.5 inches of snow. 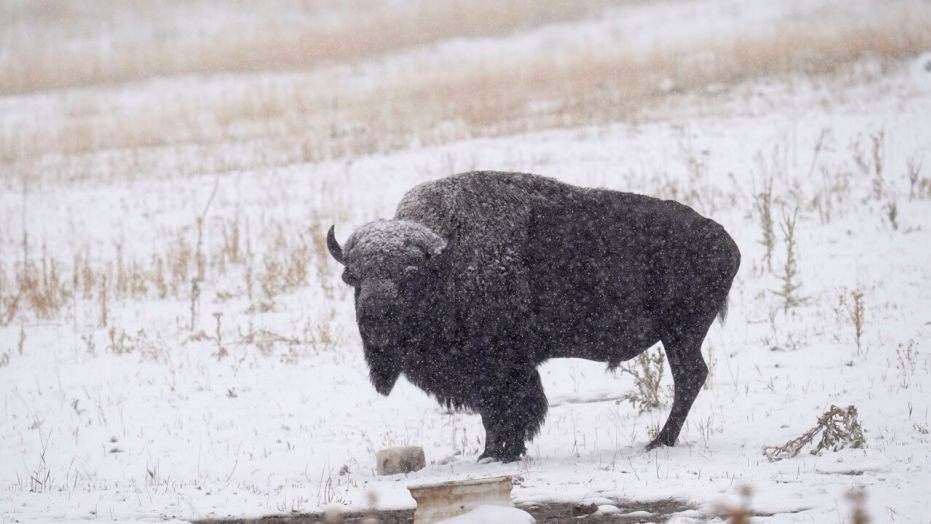 The storm forced officials to close Beartooth Pass on Monday, due to extreme conditions. Several inches of snow fell in the area, making some roads impassable.

A windstorm in western Montana on Monday knocked down trees and power lines and damaged docks and boats on Flathead Lake, the largest natural freshwater lake west of the Mississippi River in the contiguous U.S.

Ken and Karen Brown, who live in Safety Bay on the southwest side of the lake, told NBC Montana that the community usually lives up to its name but that wind-driven waves took most of the planks off their dock.

“This is probably one of the stronger storms we’ve had in the 23 years I’ve been here,” Ken Brown told the TV station.