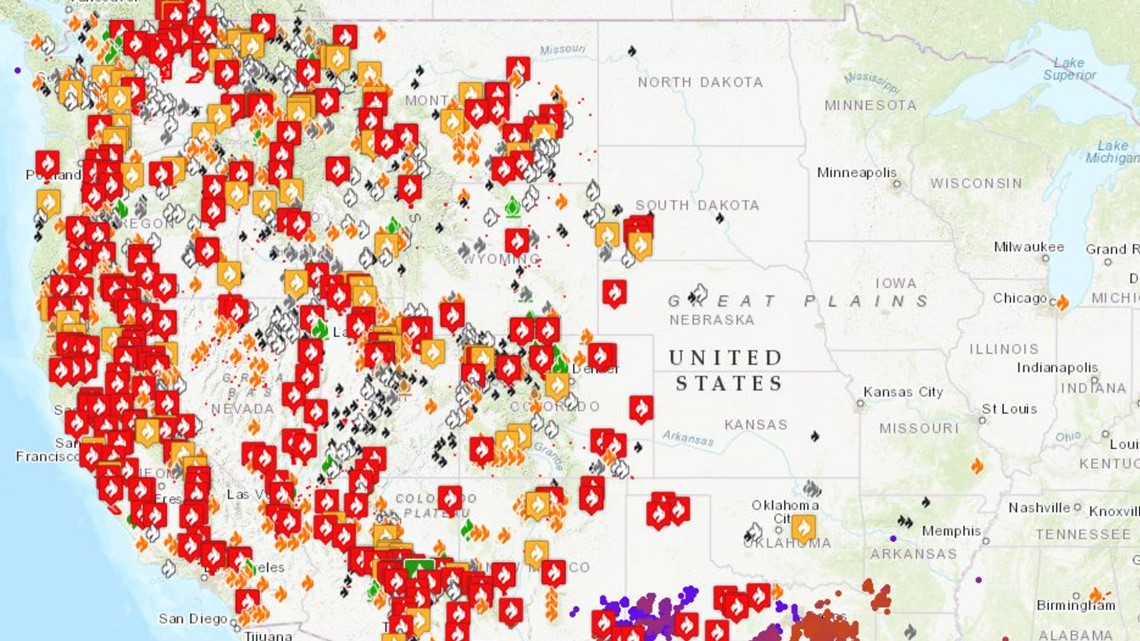 Raging wildfires are still wrecking havoc along the West Coast, and now there are almost 90 wildfires in nearly a dozen states, the National Interagency Fire Center reported Tuesday.

So far the fires have burned an estimated 4.8 million acres, with a majority of the damage occurring in California, Oregon, Washington, and now Idaho.

According to the NIFC, firefighters have been able to contain six large fires — one in Montana, two in Oregon, and three in California.

The NIFC said that 11 states are currently reporting a total of 87 large fires:

As tens of thousands of people continue to be displaced, the casualty count continues to rise.
According to CNN's latest reporting, at least 36 people have been killed in the West Coast wildfires. Of those killed, 25 were in the California fires, 10 in Oregon, and one in Washington.

The Oregon Office of Emergency Management's website said Tuesday that at least 22 people are missing in the state and at least 1,145 homes have been destroyed.

'Dangerous' smoke — and its spreading

The smoke in the region has led IQAir, a group that tracks global air quality, to report that the West Coast currently has the worst air quality in the world, CNN said.

And in Oregon, USA Today reported, at least 10% of emergency room visits are for asthma-like symptoms.

Now, the growing smoke cloud has reached the Atlantic Ocean.

According to USA Today, Benz said "you can draw a line from California through St. Louis and on to Norfolk, Virginia — pretty much everyplace north of that line is looking at smoke-tainted skies."

The National Oceanic and Atmospheric Administration posted a map showing just how much smoke is currently covering the U.S.