A new high-level, major eruption took place at Soufriere St. Vincent volcano at 10:40 UTC on April 13, 2021. The SO2 emissions produced over the past 2 days are now spreading over two continents -- South America and Africa. Extremely heavy ash is covering the island of St. Vincent, leaving the nation without electricity.

The pattern of seismicity changed again, with the end of the episodes of high-amplitude tremor 2 to 8 hours apart, the University of West Indies Seismic Research Center (UWI-SRC) said early April 13, 2021.

Three episodes of tremor have been recorded since 06:00 LT on April 13, 2 of them with lower-amplitude, and the third, at about 17:00 LT, was high-amplitude. The episodes continue to coincide with periods of enhanced venting or explosive activity.

Observations indicate that pyroclastic density currents (PDCs) had descended several valleys on the southern and western flanks of the volcano and had reached the sea at Morne Ronde, Larikai, and Trois Loupes Bay.

Explosions and accompanying ashfall, of similar or larger magnitude, are likely to continue to occur over the next few days with the chance of PDCs occurring, UWI-SRC warned just hours before another massive eruption at 10:40 UTC today: 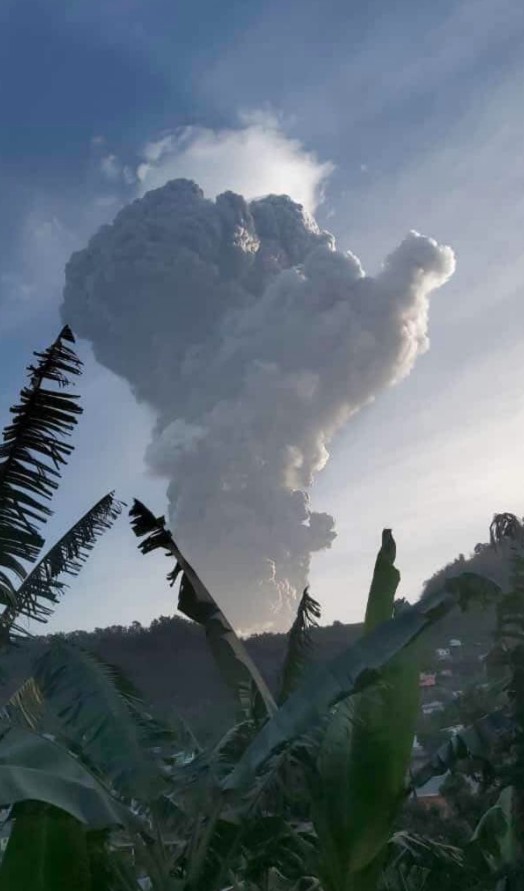 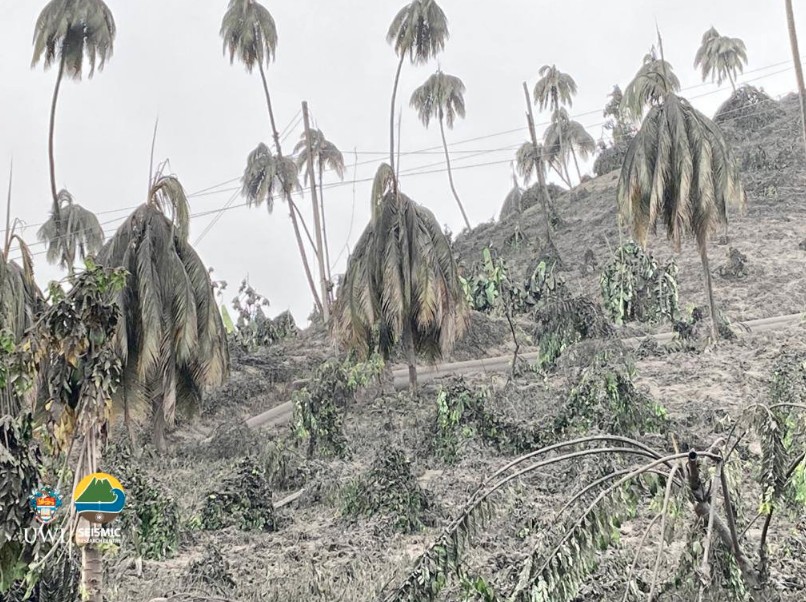 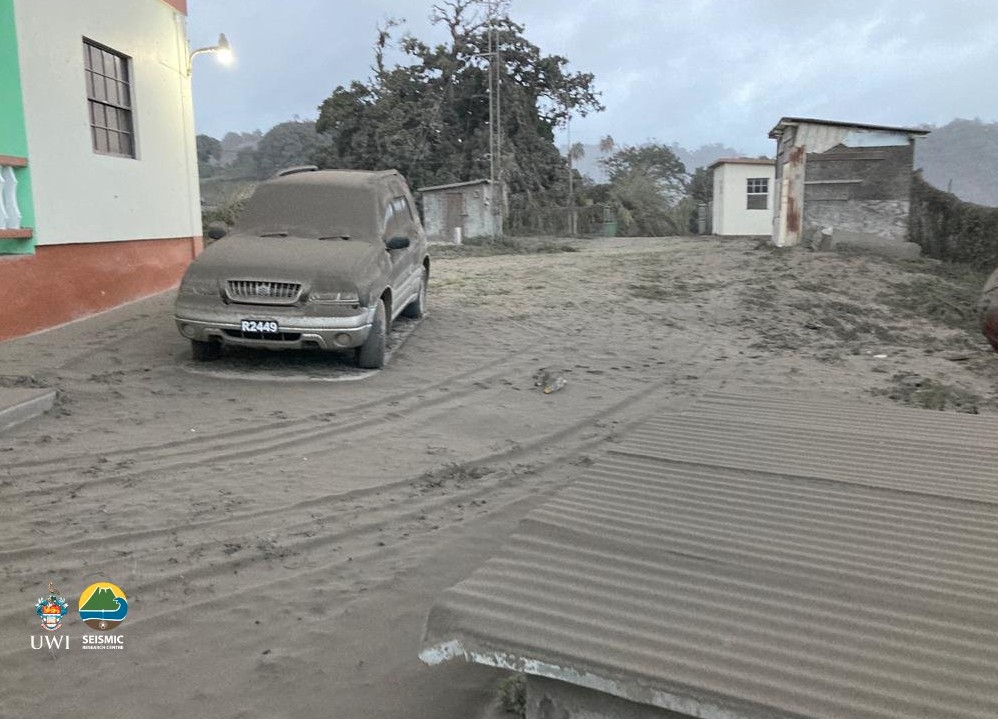 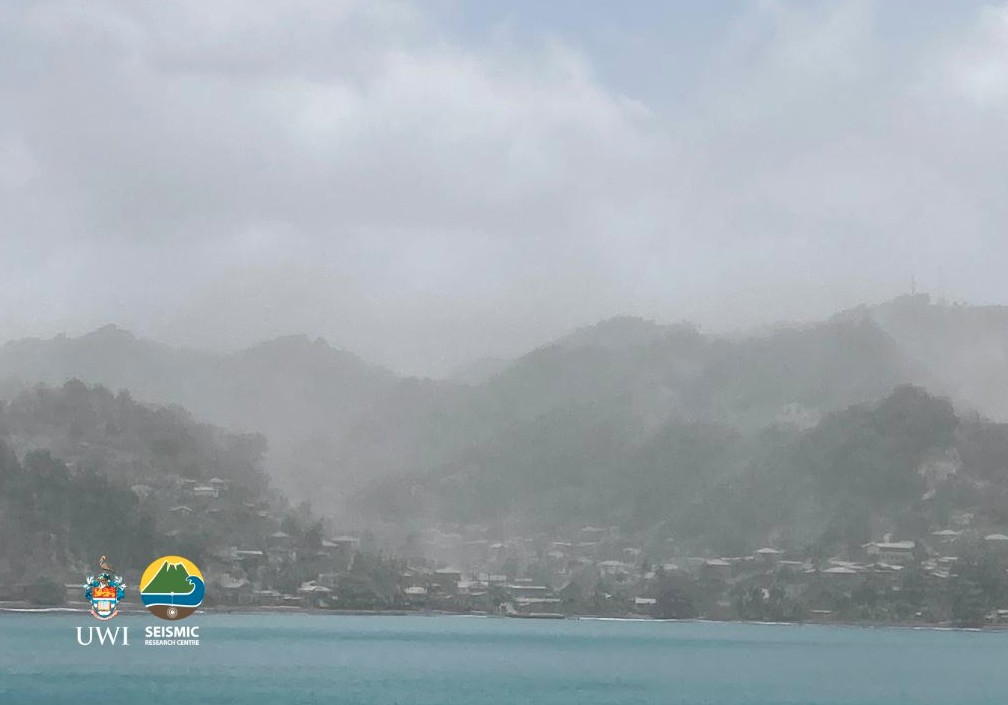 A massive explosion and new pyroclastic flows were produced at 08:15 UTC on April 12, with ash cloud reaching approximately 17 km (55 000 feet) above sea level.

Extremely heavy ash has covered the island of St. Vincent since the explosive eruptions began on Friday, April 9, leaving the majority of St. Vincent and the Grenadines without power on April 11, 2021.

New observations show changes to the summit crater with a possible smaller vent inside the new crater.

The black/dark areas to the west (left) of the summit are the pyroclastic flow deposits from earlier explosive events. Images acquired on 5 April (before the eruptions) and on 11 April (today at 9:59 UTC) and processed in @sentinel_hub

St. Vincent (April 10, 12:10am) - Our #SAR satellites see through miles of volcanic ash and smoke plumes to capture a 3D image the crater lake atop #LaSoufriere #volcano. pic.twitter.com/Vcf1QNWMLI

Just so that you would have an idea, about 2- 3 inches of Ashfall in Troumaca, St. Vincent. This village is located in #LaSoufriere’s ORANGE Hazard Zone

Pyroclastic flows on the Leeward coast of St. Vincent and the Grenadines taken by Michelle Forbes this morning#LaSoufriereEruption2021 pic.twitter.com/hPEuIh4dmd

A view of this morning’s eruption from our neighbors in the north. #LaSoufriere
📍Vigie, Saint Lucia
🎥 Ann-Alicia Fagan pic.twitter.com/2EpuUA5Kda

Another angle of this morning’s explosive eruption from what appears to be Jade Mountain, Saint Lucia #LaSoufriere pic.twitter.com/gL4T1iu6Hu