In Videos: Chaos and destruction in Beirut after blast 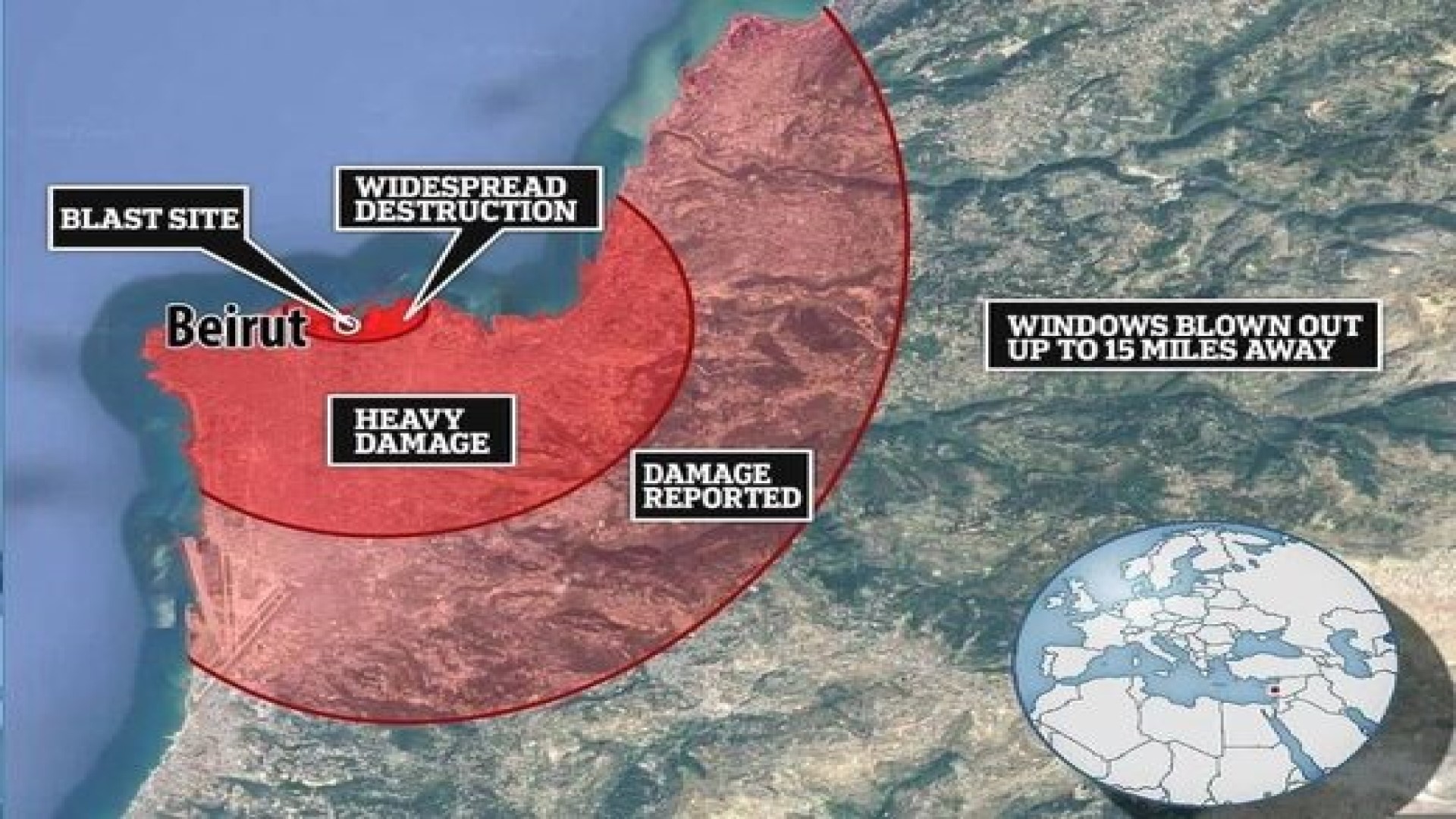 Lebanon's capital, Beirut, is mourning the victims of Tuesday's huge blast, which killed more than 100, injured thousands and caused widespread destruction in the city.

BREAKING - First fireworks, then the mega blast in Beirut. pic.twitter.com/EfO6NxZD78

Images show that a massive shockwave flashed over the city, followed by an immense fireball that appeared several stories high.

Widespread damage in all surrounding neighborhoods.

From a friend in #beirut pic.twitter.com/XAKSmUOau5

Friend just forwarded me this video of the explosion, not sure who is filming but this this is awful #Beirut pic.twitter.com/jMgDc8qBIZ

Another apocalyptic scene: a priest giving mass is felled from falling debris as he flees a church somewhere in the city:

Moment of #Beirut port explosion during a mass broadcasted online (due to covid-19 situation).
This is what Apocalypse looks like! pic.twitter.com/CUvZYSgsKi

Here's a still from the 'second' explosion: 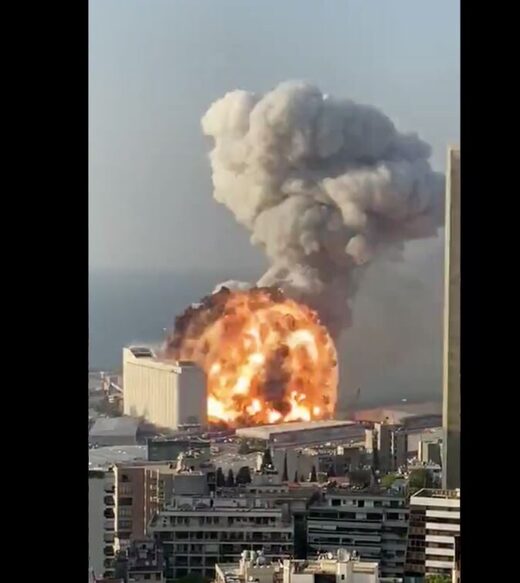 Here's video footage of the event from real close up:

The US Geological Survey reports that the explosion "generated seismic waves equivalent of a magnitude 3.3 earthquake," with the caveat that if this had occurred underground, the seismic reading would have been significantly higher.

Lebanon was already 'on the brink' before this event. Here journalist and founder of the news site Beirut Report, Habib Battah, explains the dire state the small country is in:

The force of the blast left an enormous crater in Beirut's port: 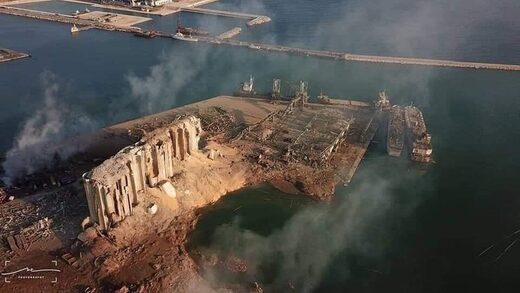 A video showing the before and after of #Beirut's main port after Yesterday's explosion, using drone imagery from today, shared by @Dalatrm
.

The crater is submerged to a diameter of 140m. pic.twitter.com/xTos3ln50I

Here's a video of the moments following the initial explosion in Beirut before the massive second blast. Appears to be either munitions or fireworks. pic.twitter.com/BPLRi4Nrvs

PM Diab has asked for help from the international community and promised an investigation followed by justice. Both the U.S. and Israel have pledged to offer assistance. Russia is sending a mobile hospital and rescue unit. Among the 100+ dead was top Christian party official Nizar Najarian. Hundreds are still missing - some may still be buried under the rubble. Over 4,000 were injured, and up to 300,000 Lebanese have been left homeless.

More pictures and footage of the destruction, here, here,