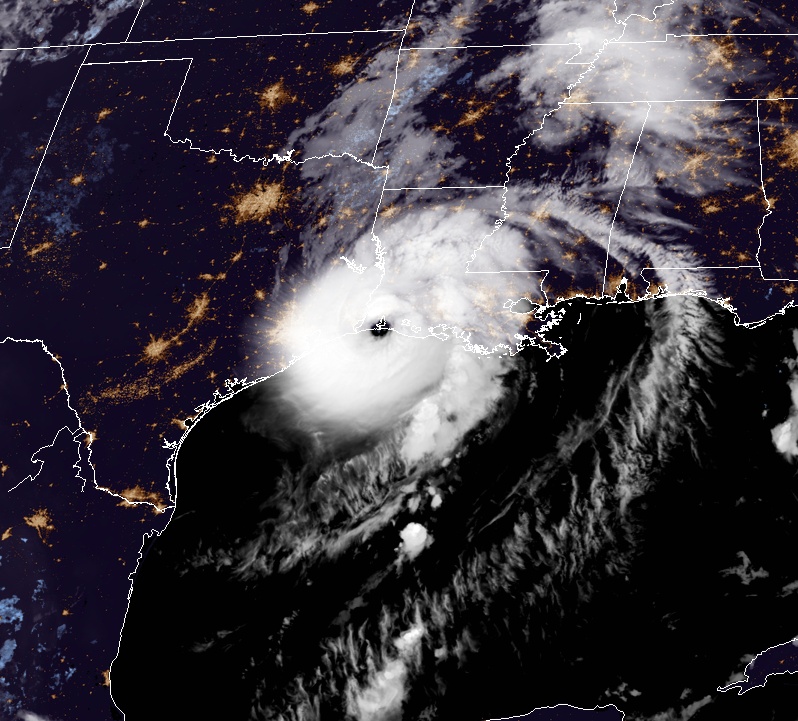 Category 4 Hurricane "Laura" made landfall near Cameron in southwestern Louisiana at 06:00 UTC (01:00 CDT) on August 27, 2020, with maximum sustained winds of 241 km/h (150 mph) and minimum central pressure of 938 hPa. Catastrophic storm surge, extreme winds, and flash flooding are occurring in portions of Louisiana.

The table below, made by Dr. Philip Klotzbach of the CSU, shows 11 strongest hurricanes to make landfall in Louisiana since records began in 1851, based on maximum sustained wind.

Laura is also the 7th named storm to make landfall in continental US (CONUS) in 2020, breaking the old record of 6 named storms making CONUS landfall by the end of August, set in 1886 and 1916.

It is also the 7th major hurricane (Category 3+) to hit the state of Louisiana during August since records began in 1851.

"Louisiana has been hit by more major hurricanes during August than any other state except Texas," Klotzbach said. The storm was moving N at 24 km/h (15 mph) and this general motion should continue through the day. A northeastward to east-northeastward motion is expected tonight and Friday.

On the forecast track, Laura will move inland across southwestern Louisiana this morning, and then continue northward across the state through this afternoon. The center of Laura is forecast to move over Arkansas tonight, and over the mid-Mississippi Valley on Friday, and the mid-Atlantic states on Saturday. 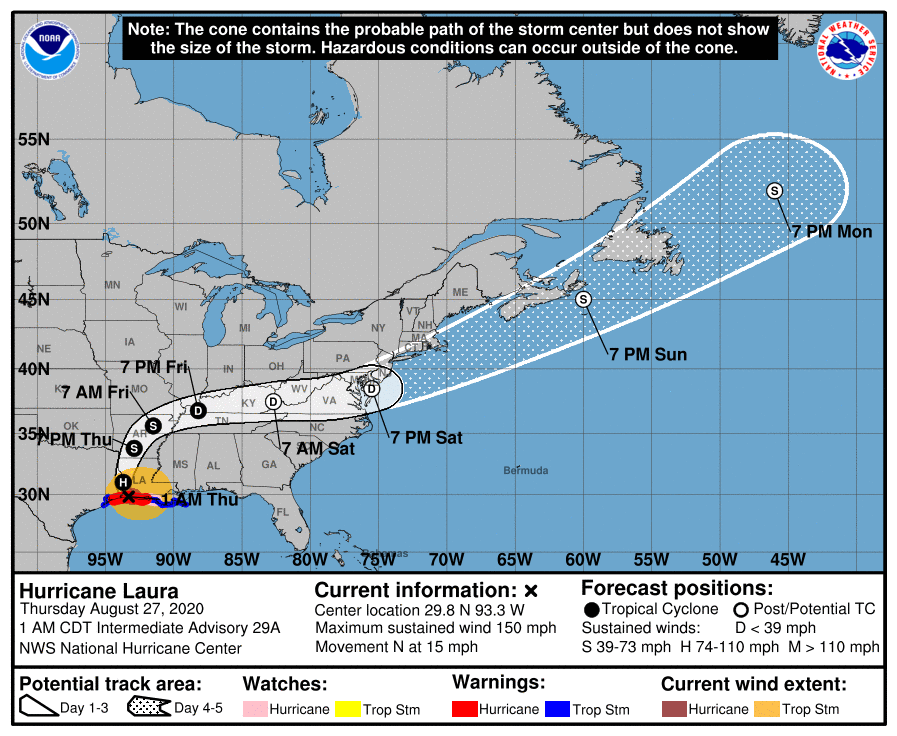 A Weatherflow site in Cameron, Louisiana reported sustained wind of 148 km/h (92 mph) and a gust to 188 km/h (117 mph) in the southern eyewall of Laura after the eye has passed overhead