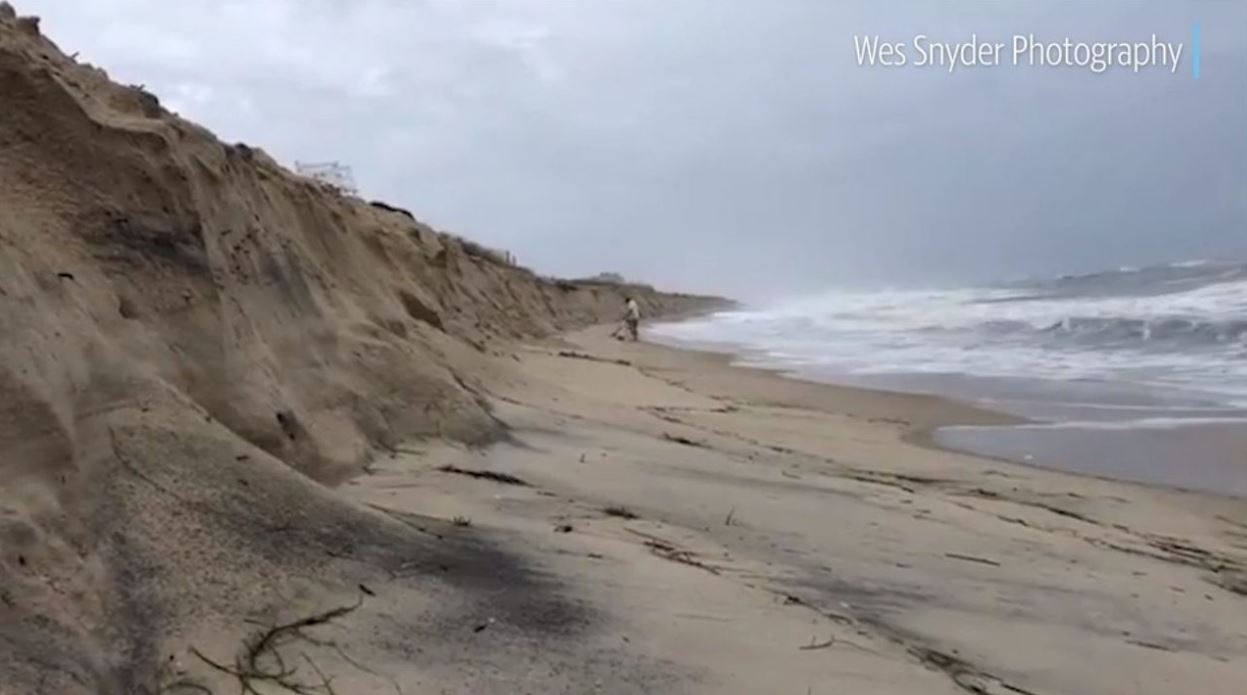 I’ve never seen the erosion to that degree! Unbelievable! One of North Carolina’s popular Outer Banks beaches abruptly closed Tuesday, not for deadly rip currents or sharks, but for a 10-foot cliff that seemed to come out of nowhere. Experts speculate the cliff formed as a result of KING TIDES.

The escarpment is believed to have been created by a phenomenon known as “perigean spring tides,” also called “king tides,” which happen “when the moon is either new or full and is closest to the earth,” according to NOAA.

Beach erosion of this type is expected to become more common, according to NOAA. By the year 2100, king tides will happen on top of another 1 to 8 feet of sea level rise.