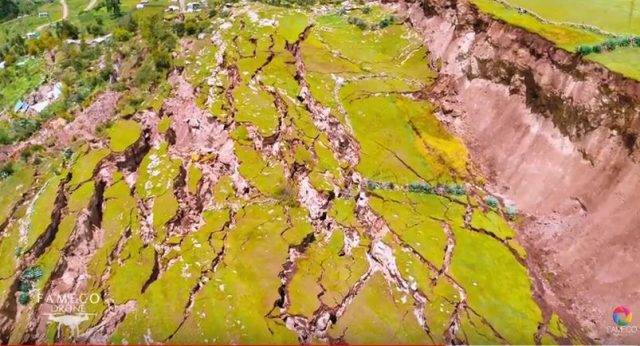 A major landslide at Llusco in the Cusco region of Peru back in March 2018 led to the destruction of over 100 houses, and the declaration of a state of emergency by the government.

Now, the cracks are still growing and cover an area of more than 30 hectares (70 acres).

The ground remains extremely unstable and the size of the fractures between displaced blocks is quite remarkable.

According to geologists more than a million cubic meters of earth and debris came down cracking up the town. This is enough material to fill 480 Olympic swimming pools.

Video showing how the city of Lutto Kututo in Peru was destroyed overnight by giant cracks in the ground:

A loud noise like thunder woke Gregorio Abiega at about 3 o’clock in the morning on one of the first days of March 2018.

Part of the ground under Lutto Kututo had sunken and had been fissured by innumerable cracks.

The surface area, equivalent to about 20 soccer fields, was fragmented into hundreds of uneven blocks, and divided by two 38-meter (125ft) deep cracks in the Earth. 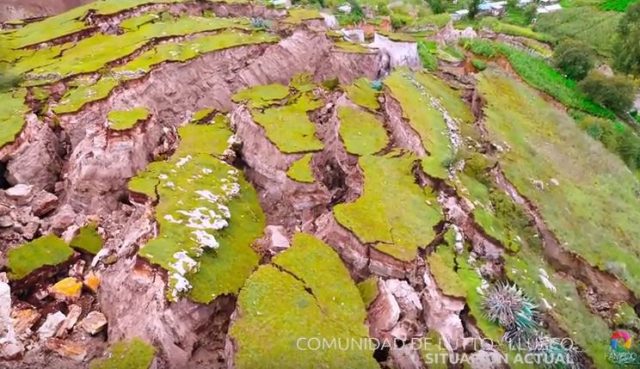 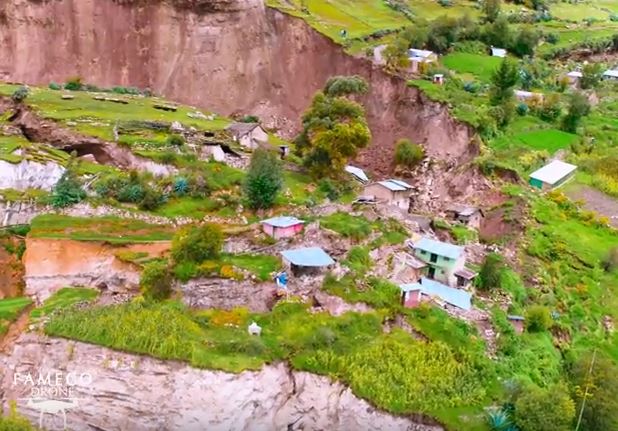 The first fissures appeared in 1998 in Lutto, but they were small.

As they grew, authorities asked the villagers to fill them with rocks and dirt.

But at the end of December 2017, when the landslide was imminent, they ordered the inhabitants to resettle in another place and gave them tents. 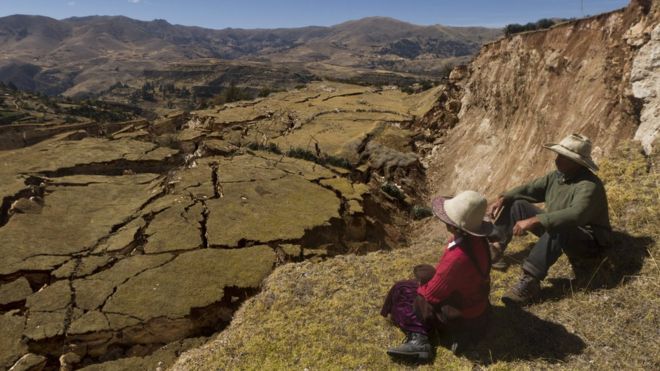 The early morning in which part of the town sank, people shouted, cried, ran for their lives.

It was as if the Earth had broken up in small pieces … Apocalyptic! 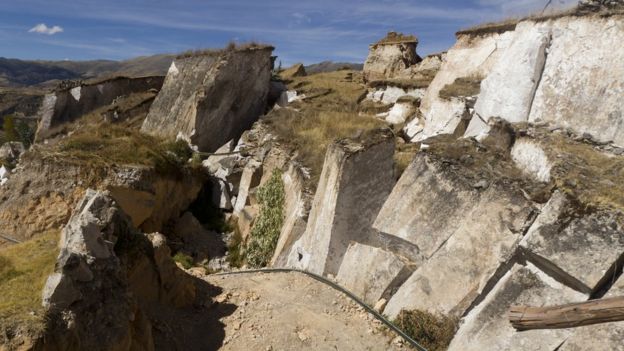 The water seeps into the soil, which in this village contains clay materials and is “highly fractured”.

The humidity saturates the soil, which then moves massively, pulled by gravity. 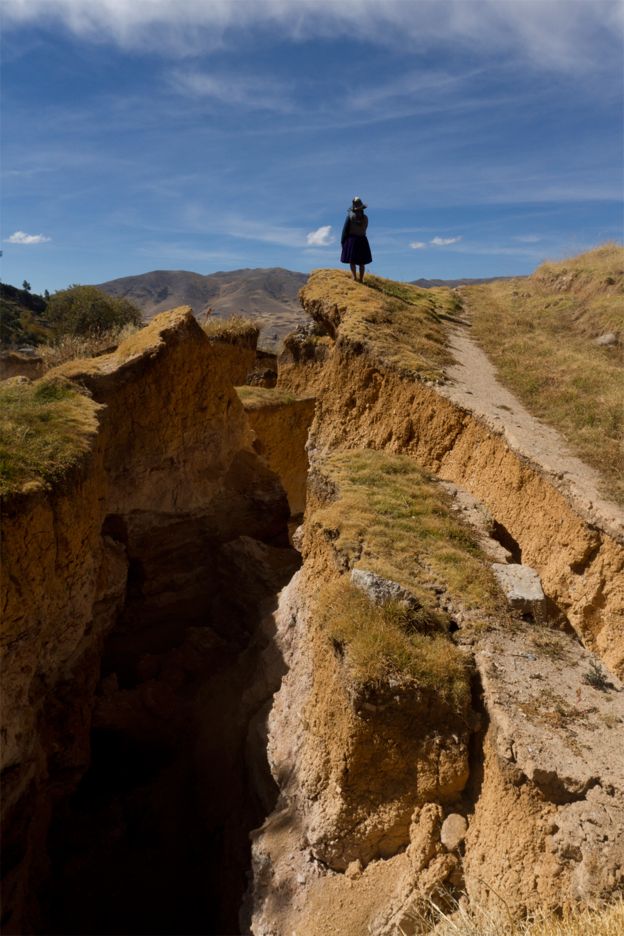 The 106 families affected by the apocalyptical phenomenon now live about 15 minutes from the cracks, in small baracas made of plywood delivered by the Civil Defense Institute of Peru.

People do have electrical power, but they lack sewers and running water.

In May, the government of Peru declared Lutto in emergency for 60 days and in July, extended the measure for two more months, to finish installing the missing devices.

Meanwhile, landslides are still active, widening and cracking. The cracks are still alive, growing little by little… And the terrain will continue to fall and fail.

A 3D model of the cracking landslide has been made by geologists using drones:

In many ways this apocalyptic landslide feels quite similar to the Seafront landslide (also known as the Cow Slide), triggered by the Kaikoura earthquake in New Zealand, although officials argue it was caused by high pore water pressures, rather than by seismic activity.