A column of steam and gas continues to emanate from a mysterious crack that opened up in a hill near Columbe, in Chimborazo, Ecuador.

The area has been evacuated because officials still don’t know if the gas expelled by the unexplained underground fissure are toxic.

Soil and gas samples have been taken by technicians of the Geophysical Institute of the National Polytechnic School.

Is that strange geological phenomenon linked to nearby volcano?

The strange phenomenon has most probably a volcanic origin as the burning crack and the gas emanations are located approximately 45 km from the Chimborazo volcano. 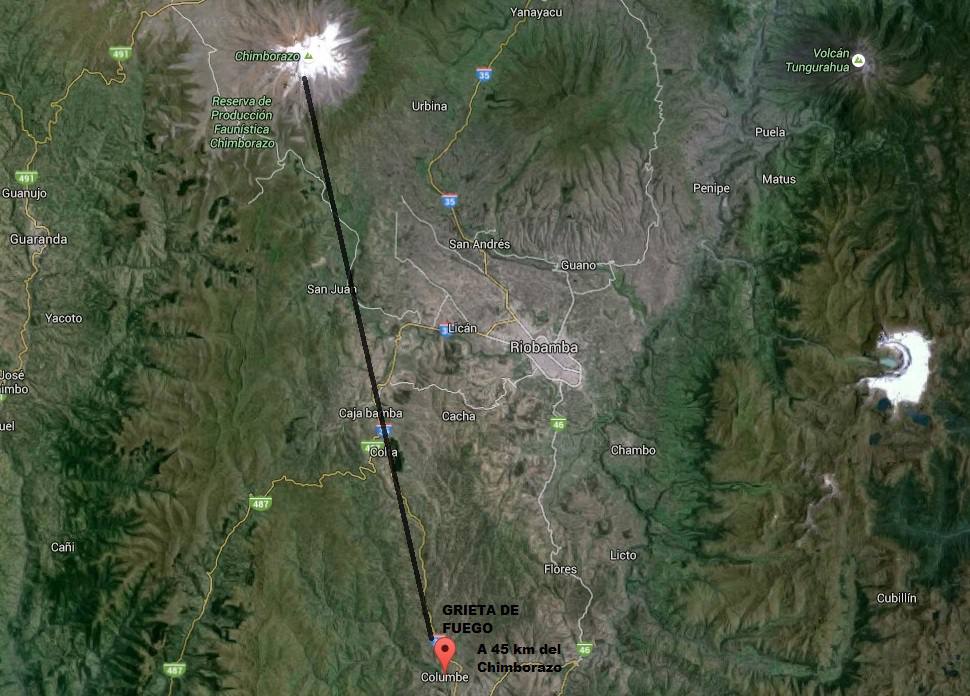 But officials try to rule out a volcanic origin saying the burning crack was created by the controlled burn.

According to geologists, the ground remains incandescent and ejects gas since 2 weeks because the soil is full of organic matter, which is a good fuel.