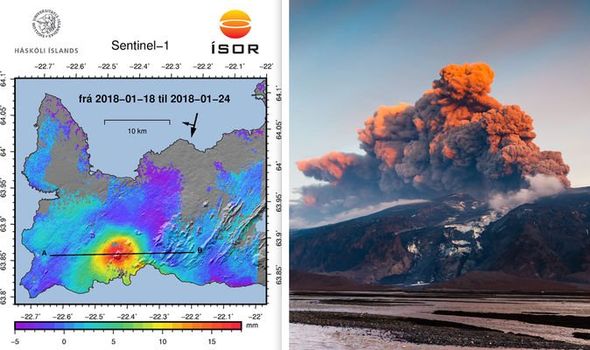 The Icelandic Met Office (IMO) has issued on Friday a warning about cave excursions in the Eldvörp area on the Reykjanes Peninsula.\

Hazardous levels of CO2 and O2 were measured in a popular cave in the area on February 20, 2020. And a series of quake is currently rattling the Mount Thorbjorn volcano.

A powerful earthquake swarm with more than 200 tremors per week is ongoing since January 27, 2020 at Mount Thorbjorn volcano. Scientists say it could indicate a possible magma intrusion beneath the volcano on Reykjanes Peninsula.

Meanwhile, on the same Reykjanes Peninsula, high concentrations of deadly gas in a famous cave in the region have prompted officials from IMO to warn residents and tourists to stay away from the Eldvörp caves.

“We warn about cave excursions in the Eldvörp area on the Reykjanes Peninsula. Deadly concentrations of CO2 as well as deadly (low) oxygen levels were measured yesterday in a cave close to a parking lot, popular for hikers.”

Eldvörp is well-known for its mists of steam and its series of large craters. Enjoy some amazing footages and images of this peaceful area in the video below:

More than 250 earthquakes hit near Grindavik last week with the largest measuring M3.2 and M3.1 and being felt nearby.

The latest data indicate that the crustal deformation is still ongoing but has decreased.

Meanwhile, another earthquake series hit on Feb. 15th on the southwestern tip of the Reykjanes peninsula, where around 70 earthquakes were detected.

Two strange geological phenomena – earthquake swarm and deadly gas releases) are currently putting officials on high alert on the on the Reykjanes Peninsula in Iceland!