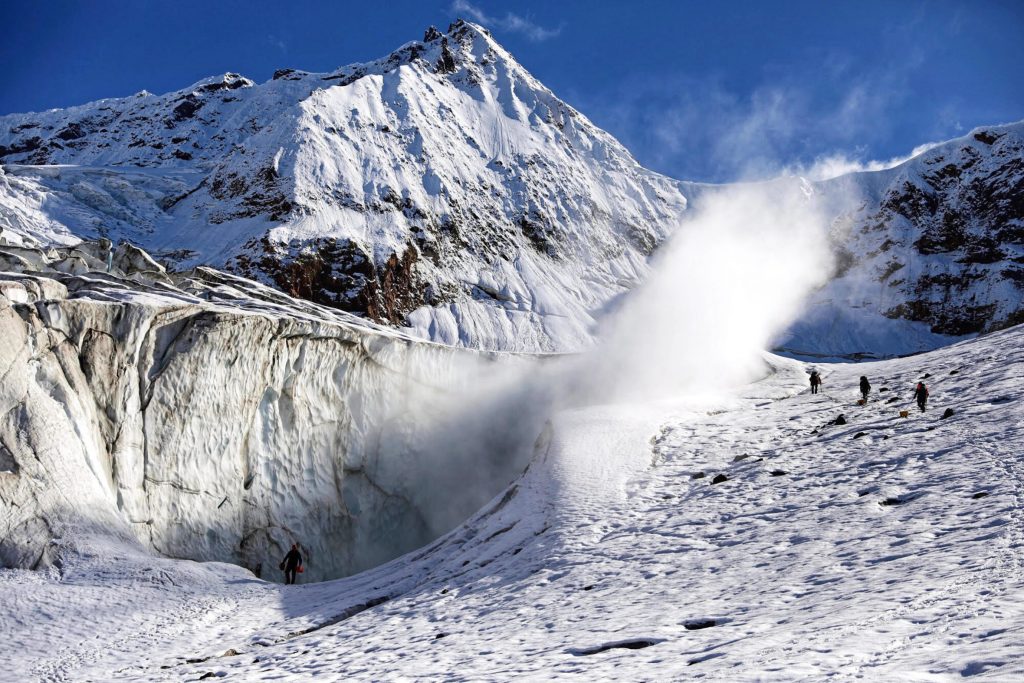 Scientists argue that the current big wobble experienced across the world is destabilizing volcanoes.

Mount Meager, the last volcano to have exploded on Canadian soil, is cracking up, collapsing and threatening the safety of thousands of people around.

The glacier sits on top of the last volcano to explode on Canadian soil: Mount Meager, northwest of Whistler, B.C.

But the fact that it erupted just over 2,400 years ago does not mean it’s past its potential to blow again.

Now, the combination of the volcano and its shrinking glacier has drawn scientists to read the signals, the body language of the mountain in hopes of knowing when the next eruption will happen.

The melting ice is indeed increasing the chances of a landslide or an eruption. Mount Meager is cracking, collapsing and potentially threatening the safety of people who live in the region.

Two years ago, a helicopter pilot spotted three holes in the glacier and something was belching out of them. They had emerged because the ice is shrinking.

Further analyses showed up these crevices were fumaroles or vents that spew a mix of steam and toxic gas from the underlying volcano.

Sientists lso reported the smell of rotten eggs filled the air or hydrogen sulfide, mixed with carbon dioxide and steam from below.

This gas could be very dangerous if getting trapped in an enclosed crack, where high concentrations can knock people unconscious and, at worst, kill them. 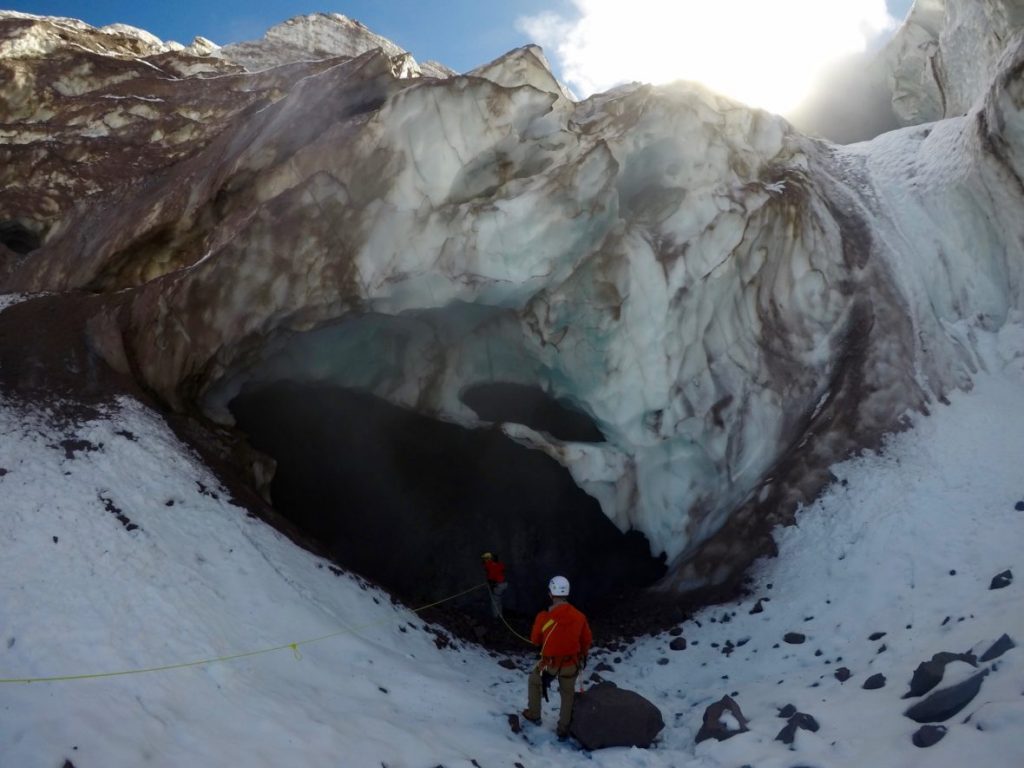 Scientists are certain Mount Meager will erupt again. They just cannot say when.

It is like a great, sleeping giant and in some ways, it is more dangerous as things can build up.

A scientists explains: “This big, massive mountain is rotten. It’s been growing for two million years, and over that time, we’ve had all of these gases and acid fluids coming through the rock and, slowly but surely, changing into weaker rock. And that weaker rock fails.“

The science team believe there is a link between the gases, the expansion of the fumaroles and the speed of ice melt.

All of those factors combine to create instability and uncertainty about when disaster might strike.

Mount Meager is part of the Cascade volcanoes

Mount Meager is one of a string of volcanoes reaching up North America’s west coast between Northern California and Alaska.

The Mount Meager massif is part of the Garibaldi Volcanic Belt (GVB), the northernmost segment of the Cascade Volcanic Arc.

They include Mount St. Helens in Washington state, the site of a deadly eruption in 1980.

In its intensity, the 1980’s St.Helens eruption mirrored the last volcanic eruption on Mount Meager so long ago.

Geologists are very sure “the slope will fail very soon” as a huge crack is visible in the rock, and the flank of the mountain is moving a few centimetres each month.

There are about 5,300 residents spread through three communities living within about 60 kilometres of the mountain.

The risk is not immediate, but an eruption could be devastating. The more immediate concern is potential landslides, like the 2010 Capricorn landslide in 2010:

During that landslide, nearly 50 million cubic meters of rocks crashed down the mountainside, destroying everything in its path over 13 kilometers (8.1 miles), sending seismic waves as far away as Alaska and Washington state.

And what’s even more terrifying is that: “This one is about 10 times bigger and could travel 20 to 30 kilometres and eventually have an impact on populated areas downstream as the resulting debris flow could destroy hydropower plants or block the Lillooet River, causing floods to sweep down the valley. 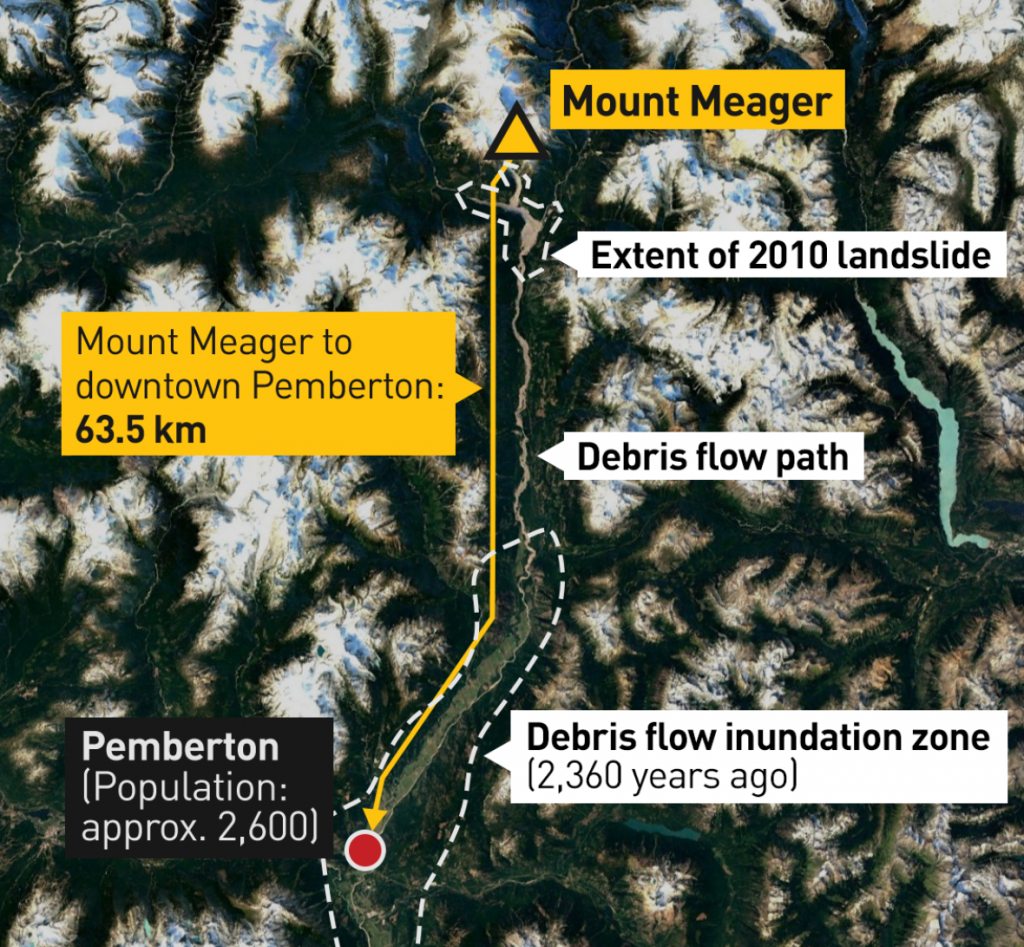 The ice covering the sleeping volcano is splitting apart, revealing the bottom of the glacier about 30 to 40 meters (98 to 131 feet) below as if someone took a laser and melted the middle of the glacier.

The three fumaroles feature the increasing instability of the volcano and the need for 24-hour monitoring and alarm systems to warn of landslides or even an eruption. 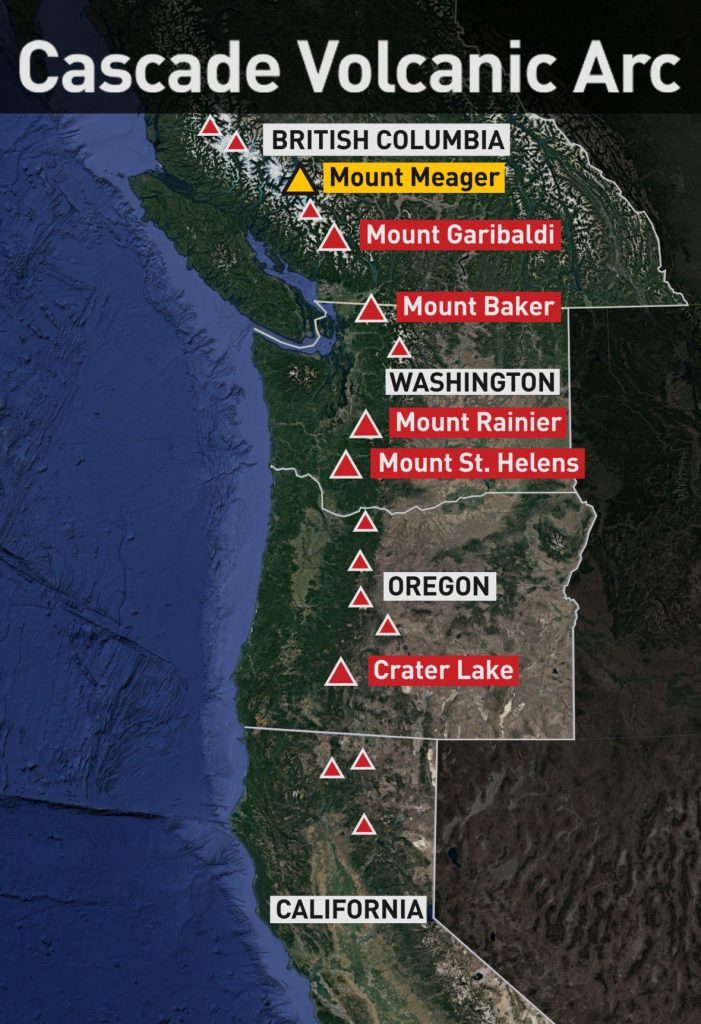 However, the Canadian government is slow to provide the funding needed for the monitoring.