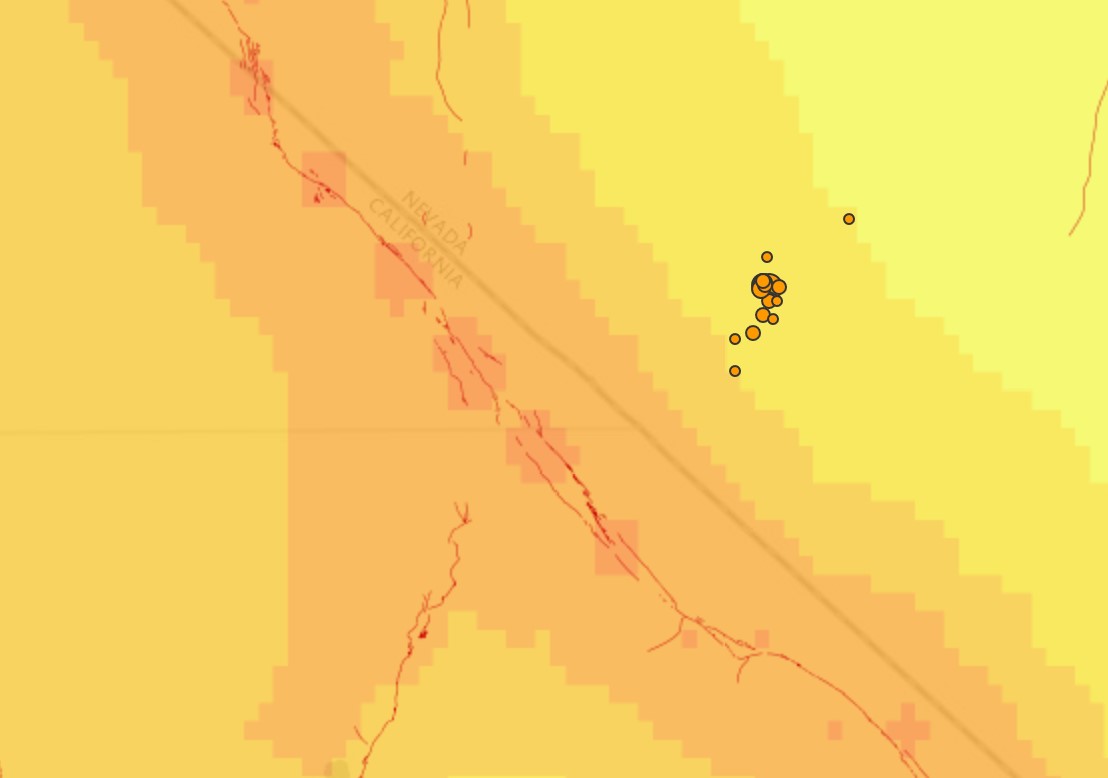 A swarm of 21 earthquakes is currently shaking the Fish Lake Valley Fault Zone near Goldfield in Nevada.

This earthquake series on the very active Fish Lake Valley – Furnace Creek – Death Valley fault system at the California-Nevada border could affect the Las Vegas and Clark County metro area, according to simulations.

The strongest earthquakes of the series are:

Shakings from the M4.0 earthquake were reported by 8 people on the USGS homepage.

The biggest potential problem for Southern Nevada are the faults near the California-Nevada border in Death Valley.

If they link together, it’s about a magnitude 7.8.

And oddly, if it ruptures from north to south, then it funnels a lot of energy into the Las Vegas basin in a way similar to Mexico City, which is not a good outcome.

As shown in the simulation below, if the combination of 3 magnitude 6.8 to 7.3 rips toward Las Vegas, then the cities will experience strong to severe seismic shaking, with light to heavy potential damage.

On the other hand, if the faults rip away from Las Vegas, the shaking would be light to moderate with little potential for damage.

Seismologists cannot predict which way it will rip, and exactly when it will happen.

But the community has to be ready.

If Earthquake Early Warning could be implemented for Las Vegas, there could be one whole minute of warning before the most dangerous shaking hits Las Vegas. That is enough time to take cover, and shut down any vulnerable systems.

These different earthquake scenarios for Las Vegas were computed by the Nevada ShakeZoning facility at the University of Nevada, Reno.