Activity at Stromboli volcano increased from medium to high levels on March 28 into 29, 2020, followed by lava overflow first observed around 23:40 UTC on March 30, 2020.

Lava reached the coastline at around 01:40 UTC on March 31, INGV Osservatorio Etneo reported today, adding that this phenomenology is accompanied by seismic signals that can be associated with landsliding and rolling of incandescent rocks along the Sciara del Fuoco. 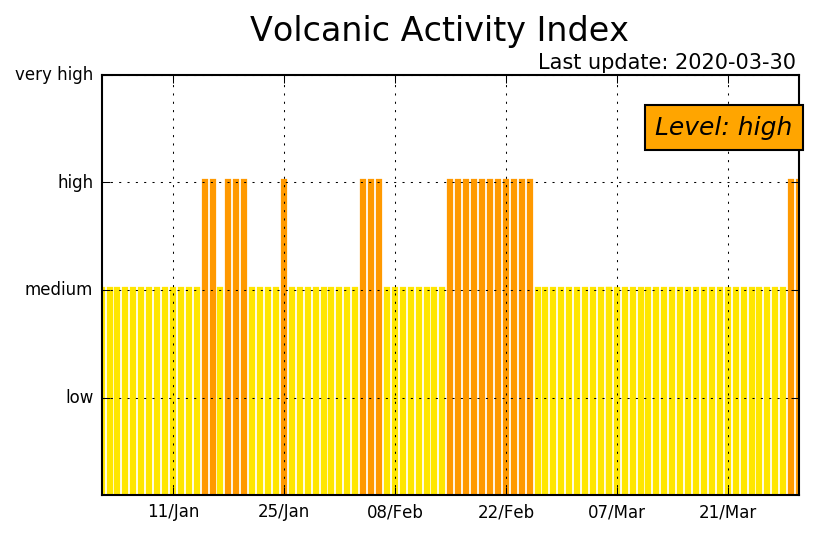 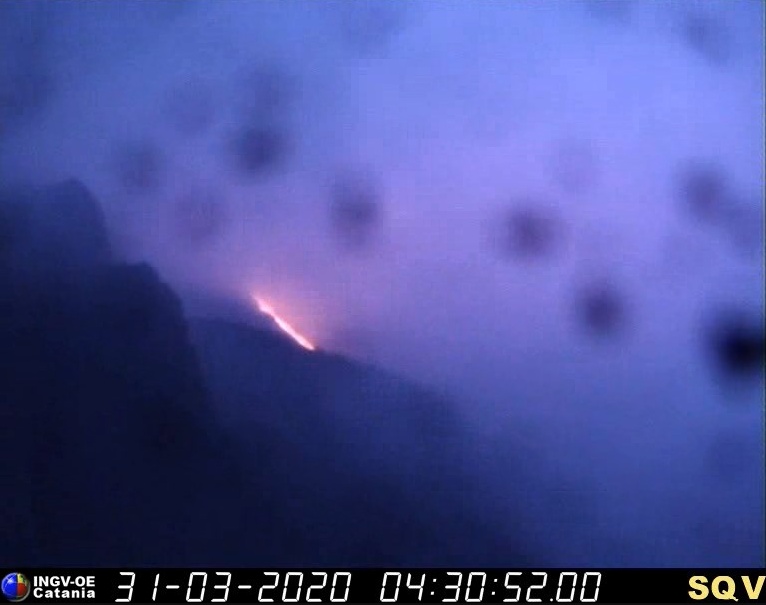 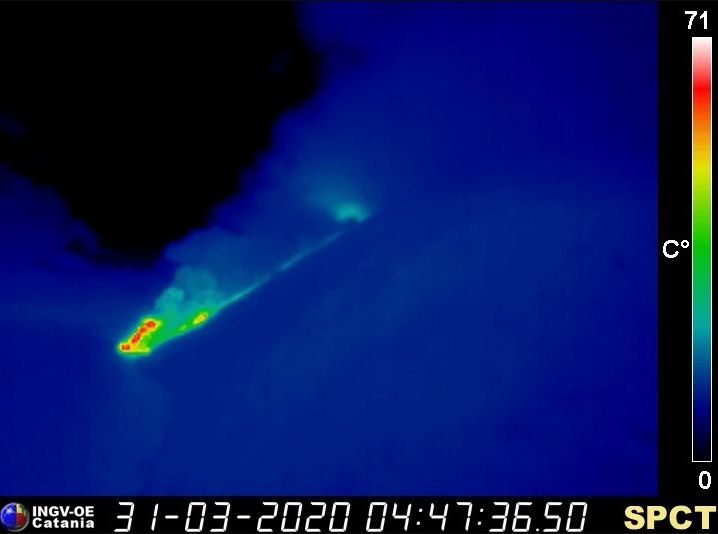 The activity increased from medium to high levels on March 28 into 29, one day after the volcano produced a large, almost-perfect smoke ring.

"The volcanic activity was characterized by scoria-rich explosions mainly located at NE crater, reaching very high infrasonic pressure (3.6 bar) and accompanied by overflows from the NE crater rim during the last night (between 17:00 and 23:00 UTC)," Labaratorio Geofisica Sperimentale (LGS) reported on March 29, referring to activity at the volcano in 24-hours to 08:34 UTC on March 29.

The infrasonic pressure associated with degassing was stable at low values (20 mbar). The number of VLP events was high with 15 events per day.

The seismic tremor oscillated on medium values and showed a slight increment just before the overflow episode at 16:44 UTC on March 28.

The thermal activity was high with an increased value of exit velocity of pyroclasts (42 m/s). The rockfalls activity during the period showed an increment from medium to high values, with 17 events per day.

The infrasonic pressure associated with degassing was stable on low values (20 mbar) and the number of VLP events was high with 16 events per day. The seismic tremor was stable on medium values and the thermal activity was high.

The rockfall activity in the period showed a decrease from medium to low values but the overall volcanic activity level remained high.

Note: LGS' activity overview for the past 24 hours was not available at the time of the press.