A massive M6.5 earthquake rattled Idaho on March 31, 2020, at around 5:52 p.m. with shaking felt across the region, including Washington state, Utah, Nevada and Canada.

Tuesday’s quake was the strongest in the state since the 1983 M6.9 Borah Peak earthquake.

A large earthquake hit Idaho this afternoon. The USGS says the M 6.5 quake is the largest to hit the state in 37 years. The epicenter was ~80 miles northeast of Bosie and about 6 miles deep. Reports of people feeling it came in from eastern OR & WA to MT. pic.twitter.com/9OJBUTd7yH

The magnitude 6.5 Idaho earthquake was located in very rugged, remote part of south-central Idaho, so the worst of the shaking took place away from all but small population centers.

Meanwhile more than 28,000 people have reported feeling the earthquake on the USGS Homepage.

Here’s the mayor of Stanley, Idaho, reacting to the state’s largest earthquake in 37 years.

The epicenter of Tuesday’s earthquake was located approximately 78 miles (126 km) northeast of Boise and struck at 5:52 p.m. local time. 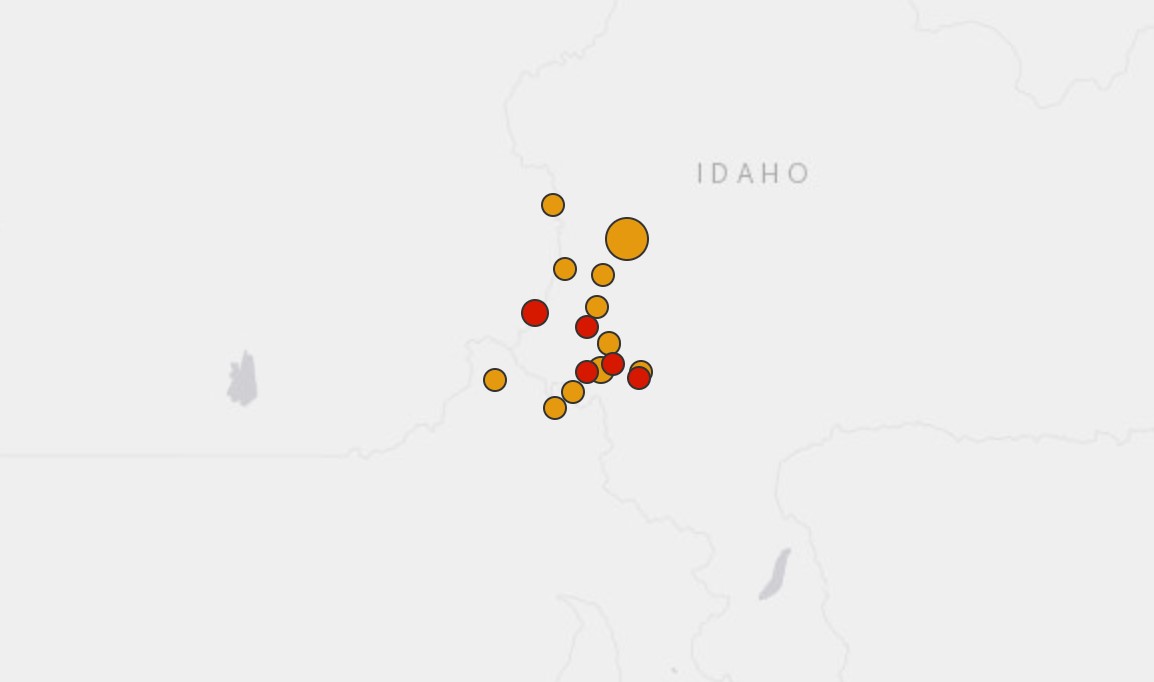 The present earthquake struck near the edge of the Rocky Mountain seismic zone, an area of relatively restless crust and frequent, mainly minor earthquakes reaching southward from Idaho and western Montana south to Utah.

There are reports of shaking felt in Emigrant, Montana, which is approximately 30 miles north of Yellowstone National Park.

“Did You Feel It” reports showed felt responses reach at least to the Canadian border — more than 300 miles to the north.

People took to social media to share videos and comments about the quake. One Twitter user tweeted a video of a chandelier swaying saying the earthquake was felt more than 500 miles away in Kelowna, British Colombia, Canada.

Felt the earthquake from Idaho in Kelowna, BC! #earthquake pic.twitter.com/PukmQVi60A

A hospital about 65 miles south of the epicenter shook, but the shaking didn’t interfere with the treatment of patients.

The recent Utah and Idaho earthquakes will not affect Yellowstone. These are normal basin and range events. There's only 5-15% liquid in the mostly crystalline magma storage region. It can't be "triggered" nor is it "overdue" in any way. Short video here:https://t.co/LJVllp4BTe

The hospital, St. Luke’s Wood River Medical Center, in Blaine County is in a region with the highest per-capita rates of known SARS-CoV2 cases in the nation outside of New York City and surrounding counties.

Earthquakes above magnitude 6.0, and at depths of approximately 10 miles or less, can certainly cause major destruction and loss of life if they strike beneath cities or other high population areas. The susceptibility of the ground to shaking is a factor, too, as this can vary widely for a given magnitude earthquake.