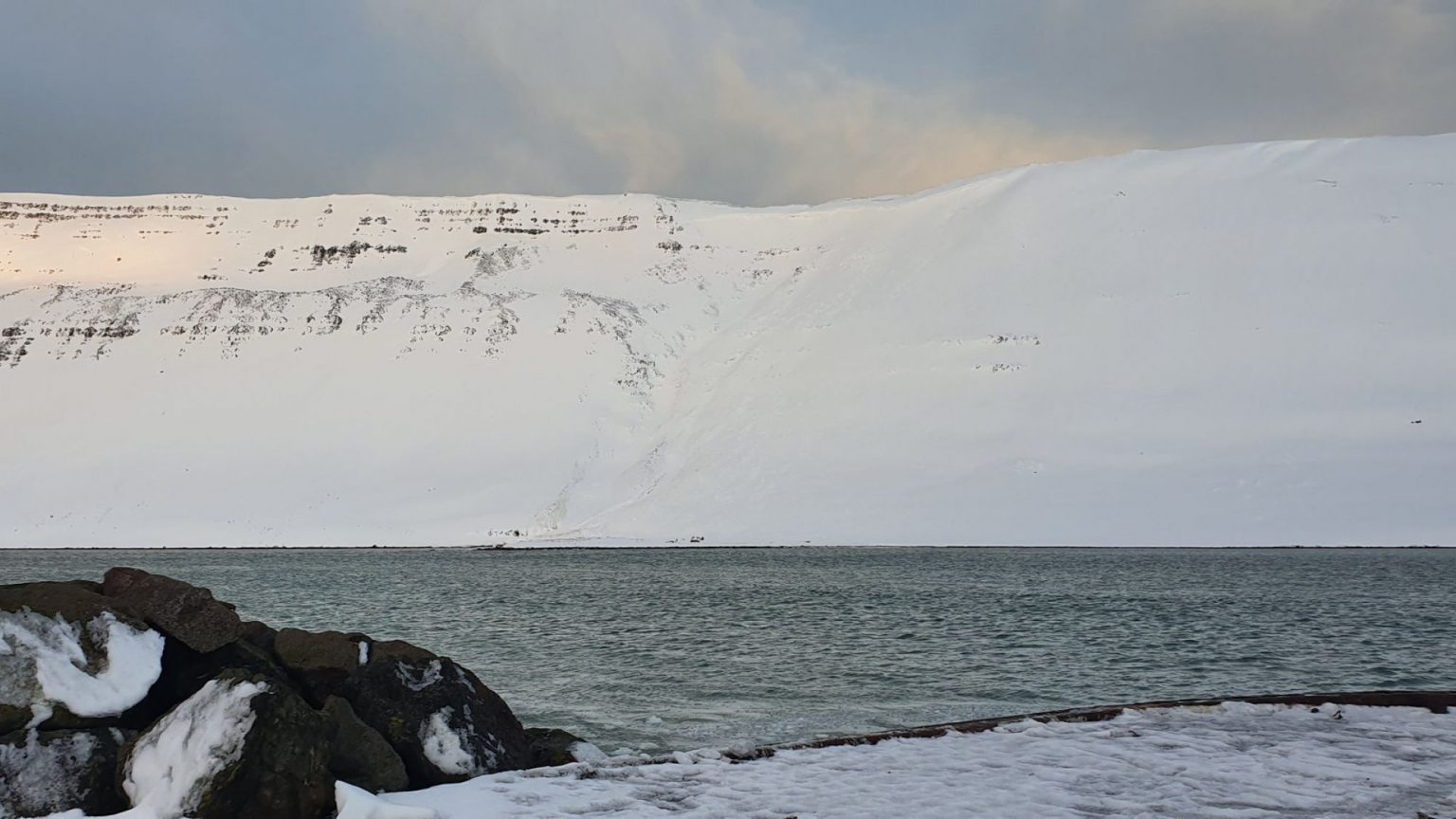 On April 5, 2020, a powerful snow storm engulfed Iceland, especially the southern and western parts of the country.

On April 6, 2020, several large avalanches were recorded around the Suganda Fjord (Sugandafjörður).

Two of those even reached the water, causing a tsunami wave that hit the opposite shore in Suðureyri.

This video shows the moment the wave crashes onto the shore.

According to first official reports, there have been no dramatic damages, the avalanches were huge and descended several hundreds of meters into the sea.

It’s not often that people witness such a giant avalanche live. This second video features the two avalanches that reached the water:

Large avalanches have also been reported in Skutulsfjörður and Dýrafjörður but did not reach the water. Meanwhile, avalanche risks remain high in the northern West Fjords. A farm as well as a small industrial city has been evacuated.

A bit like today in Iceland, the largest tsunami ever recorded on Earth was triggered by a gigantic landslide (after a M8.3 earthquake) and destroyed parts of Lituya Bay in Southeast Alaska on July 9, 1958