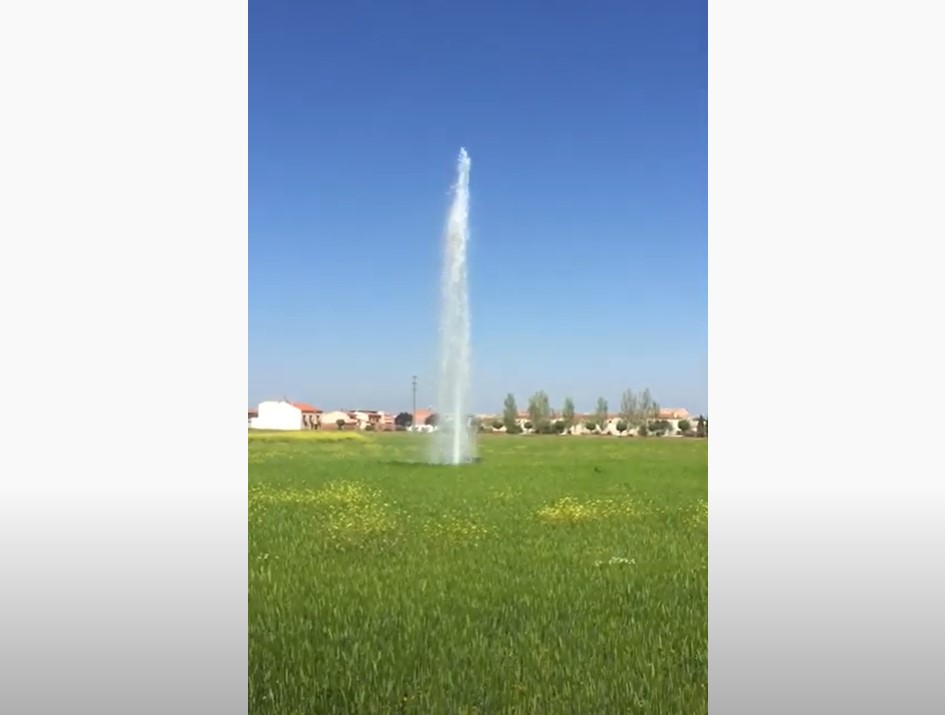 Since the beginning of April, a new geyser has formed in a field near Almagro, Spain, shooting water and gas 10-15 meters (33-49 feet) in the air.

The scientists investigating the new fountain say it is most probably linked to the volcanic activity of Campo de Calatrava.

But, the new water discharge is different than the previous continuous eruptions.

Each time, the water rose about 10-15 meters for a few minutes and then disappeared.

The water burst is preceded by a loud bubbling sound.

Values ​​that are 500 times higher than normal.

The water expulsion event occurred in an apparently abandoned borehole in the middle of a rain-fed cereal field. Therefore, a human origin has been ruled out.

Such massive gas burst aren’t unusual in the Campo de Calatrava region. Between 2011 and 2013, four other ‘geysers’ emerged between the towns of Almagro and Bolaños – close to this new fountain at Almagro.

Such a weird phenomenon took place in 1508, during which a great part of Ciudad Real was flooded with water that came from underground, flooding three hundred houses around the Puerta de Alarcos.

A bit closer to us, in 2000, the so-called ‘Jet of Granátula’ ejected a continuous stream of water, gas and sediment over 176 days, with maximum heights of 60 meters (197 feet)