A historic megadrought is parching the American West.

And with global temperatures only set to rise further, the emerging crisis is now thought to be on the “same trajectory as the worst prehistoric droughts.” 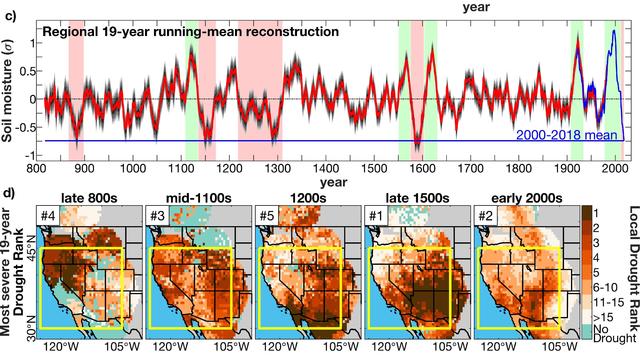 In the 1930s, the United States was suffering from the most severe drought in its history, the “Dust Bowl.”

And be prepared to bite the dust once again, because scientists think the Dust Bowl is coming back for a second round. And this time for it could even last during decades.

A new study has used 1,200 years of tree-ring data, soil moisture records, and dozens of climate models to describe the ever-lengthening string of dry spells that have hit the western United States and northern Mexico over recent decades.

They found that a chronic drought has been lurking around the southwestern US and northern Mexico since at least the year 2000.

The spell of aridity has already become so severe it’s already surpassed three of the four notoriously arid megadroughts of Medieval times.

The spell of aridity has already become so severe it’s already surpassed three of the four notoriously arid megadroughts of Medieval times.

The researchers were uncertain about the extent of the fourth Medieval megadrought, which spanned from 1575 CE to 1603 CE, although they note the current drought is affecting wider areas more consistently than any megadrought since 800 CE.

“We now have enough observations of current drought and tree-ring records of past drought to say that we’re on the same trajectory as the worst prehistoric droughts,” stated lead author Park Williams. 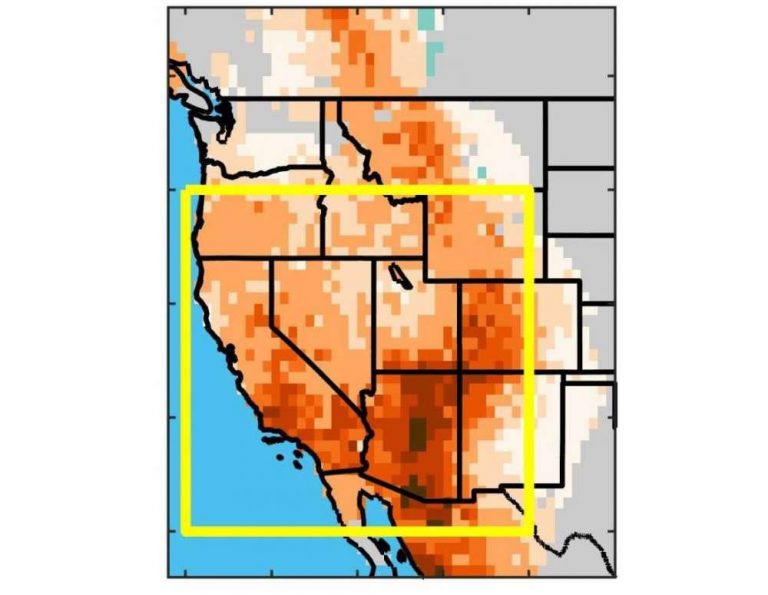 What natural phenomena drive the drought?

It’s clear the drought is driven by a range of “natural” phenomena, such as fluxes of the El Niño/La Niña weather phenomenon in the Pacific Ocean.

The researchers estimate that if climate change was removed from the equation, then the current drought would only rank as the 11th worst detected, not one of the worst ever.

“It doesn’t matter if this is exactly the worst drought ever. What matters is that it has been made much worse than it would have been because of man-made action triggering Earth changes,” said study co-author Benjamin Cook.

A megadrought is a prolonged drought lasting two decades or longer.

The term mega-drought is generally used to describe the length of a drought, and not its acute intensity.

Multiyear droughts of less than a decade, such as the Dust Bowl drought of the 1930s, are generally not described as megadroughts even though they are of a long duration.

Some researchers have pointed out the study’s definition of a superdrought is not strictly accurate, since it’s only lasted for 19 years, not the standard 20 years usually needed to meet that definition.

As such, it could be too early to say whether the region is at the start of a true megadrought.

Nevertheless, regardless of the definitions, few would dispute there’s a worrying situation on the horizon.

“Whether or not the western US has crossed a threshold into an event that goes by any specific label, what’s been clear this century is that water is an essential resource in the western US, and it’s a precarious one, because the region can have long spells with little precipitation,” said Dr Angeline Pendergrass.

Climate change? OK, great. And what about chemtrails, volcanic eruption and increasing solar radiation due to solar minimum?