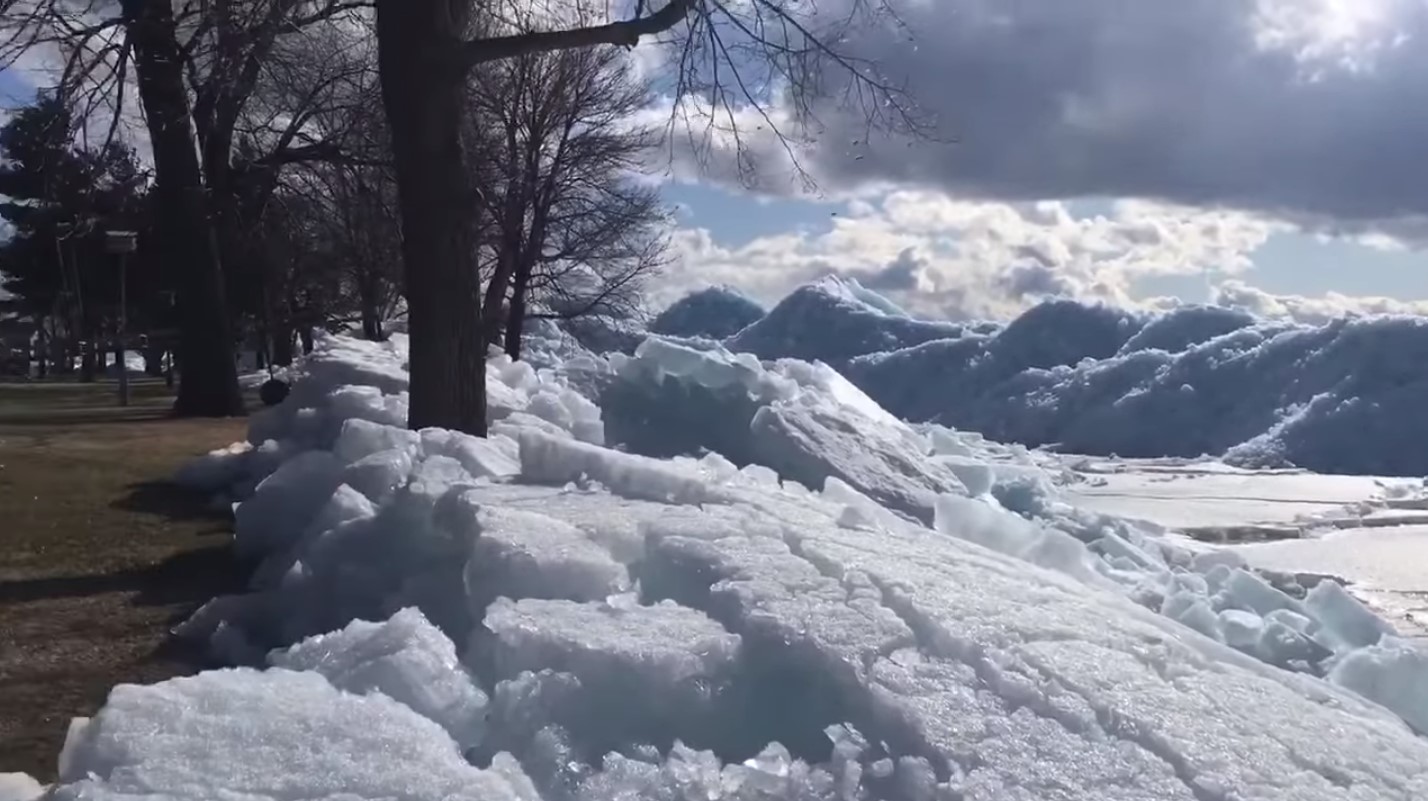 Living on a lake, you just never know what the water has in store for you.

According to some locals, the ice piles were measuring up to 30 feet high and engulfed everything on their path… even some homes!

With winds gusting to over forty miles per hour, the remaining large ice field that had yet to melt on Mille Lacs Lake was pushed on the eastern shoreline like a massive ice tsunami.

When the ice on Mille Lacs Lake starts to move in high winds, it is basically similar to a Glacier moving and will not stop until it crashes on shore and into anything in its path which will be pushed out of the way including large boulders and tracks of land and even a house.

Mille Lacs Lake is a large lake that is over 200 square miles and is about 100 miles north of Minneapolis, MN.

The sounds of nature creating this giant ice shore phenomenon are breathtaking.

According to some long-time residents, the crushed up ice, pushed by the wind on Monday stacked up to be some of the tallest piles they have ever seen.