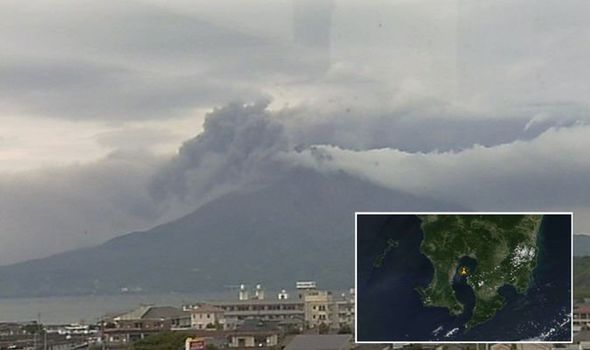 Strong eruptions continue at Minamidake crater of Sakurajima volcano in Japan since April 27, 2020. A Level 3 near-crater warning is in effect in the area since 2016.

Incandescence has been visible at night since then.

At 21:00 UTC on May 1 (06:00 LT on May 2), JMA reported a powerful eruption as explosive activity continued from the active crater. 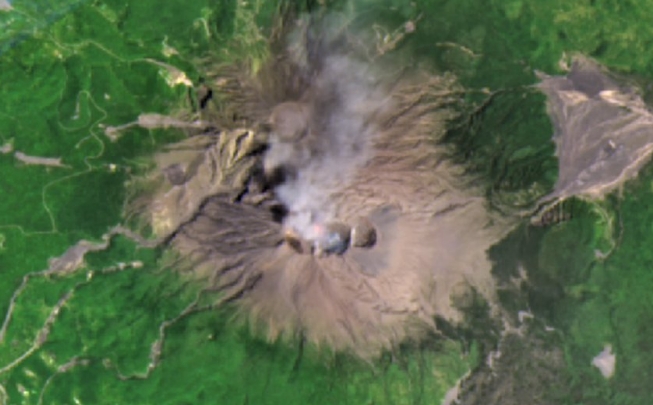 The volcano emits about 2 300 tonnes of sulfur dioxide per day, JMA said.

A Level-3 near-crater warning is in effect since February 5, 2016. Residents and tourists are urged to refrain from entering the danger zone.

The Aira caldera in the northern half of Kagoshima Bay contains the post-caldera Sakurajima volcano, one of Japan's most active. Eruption of the voluminous Ito pyroclastic flow accompanied formation of the 17 x 23 km (10.5 x 14.3 miles) caldera about 22 000 years ago. The smaller Wakamiko caldera was formed during the early Holocene in the NE corner of the Aira caldera, along with several post-caldera cones.

The construction of Sakurajima began about 13 000 years ago on the southern rim of Aira caldera and built an island that was finally joined to the Osumi Peninsula during the major explosive and effusive eruption of 1914. Activity at the Kitadake summit cone ended about 4 850 years ago, after which eruptions took place at Minamidake.