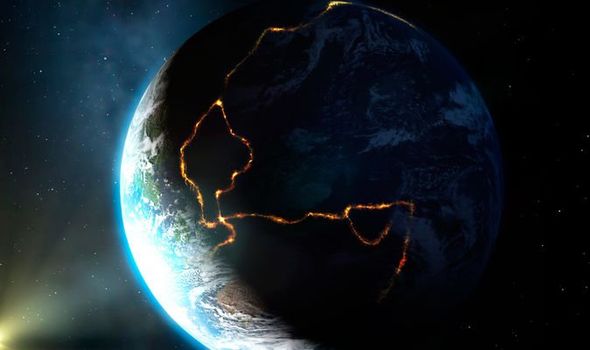 There has been a significant increase in violent volcanic eruptions in the past week.

The Japanese weather satellite HIMAWARI-8 recorded two high-level eruptions on May 16, both occurring in Indonesia.

The second high-level eruption took place just a few hours later at Semeru – a very active volcano with an eruptive history peppered with VEI 2s and 3s; the first coming in 1818, the most recent in 2014.

As with Ibu’s, Semeru’s eruption was picked up by both HIMAWARI-8 and the VAAC Darwin, with the latter confirming the generation of “a dark ash plume which reached an altitude of 46,000 ft (14 km).”

In addition, and as recently reported by VolcanoDiscovery.com, active lava flows remain active on the Semeru’s southeast flank, currently about 4,921 ft (1.5 km) long (as of the morning of May 18).

These high-level eruptions are noteworthy because particulates ejected to altitudes above 32,800 ft (10 km) – and into the stratosphere – often linger, where they have a direct cooling effect on the planet.

In addition to Indonesia popping off, Icelandic volcanoes are also awakening, and it is this highly-volcanic region of the the world that is thought will be home to the next “big one” — the one that will return us almost instantly into a big freeze.

Katla is the latest volcano here to show signs of stirring, and has experienced sizable out-gassing over the past few days. Furthermore, seismic activity under the large ice-covered volcano has also increased, and this activity is likely caused by injections of new magma entering the chamber.

Icelandic authorities are aware of the dangers the next eruption of Katla represents, and a delegation of the volcanologists routinely meet with the Icelandic Parliament to discuss how to respond in the case of an eruption, an eventuality that is merely a matter of when, not if.