Millions of Cicadas set to invade Parts of the US 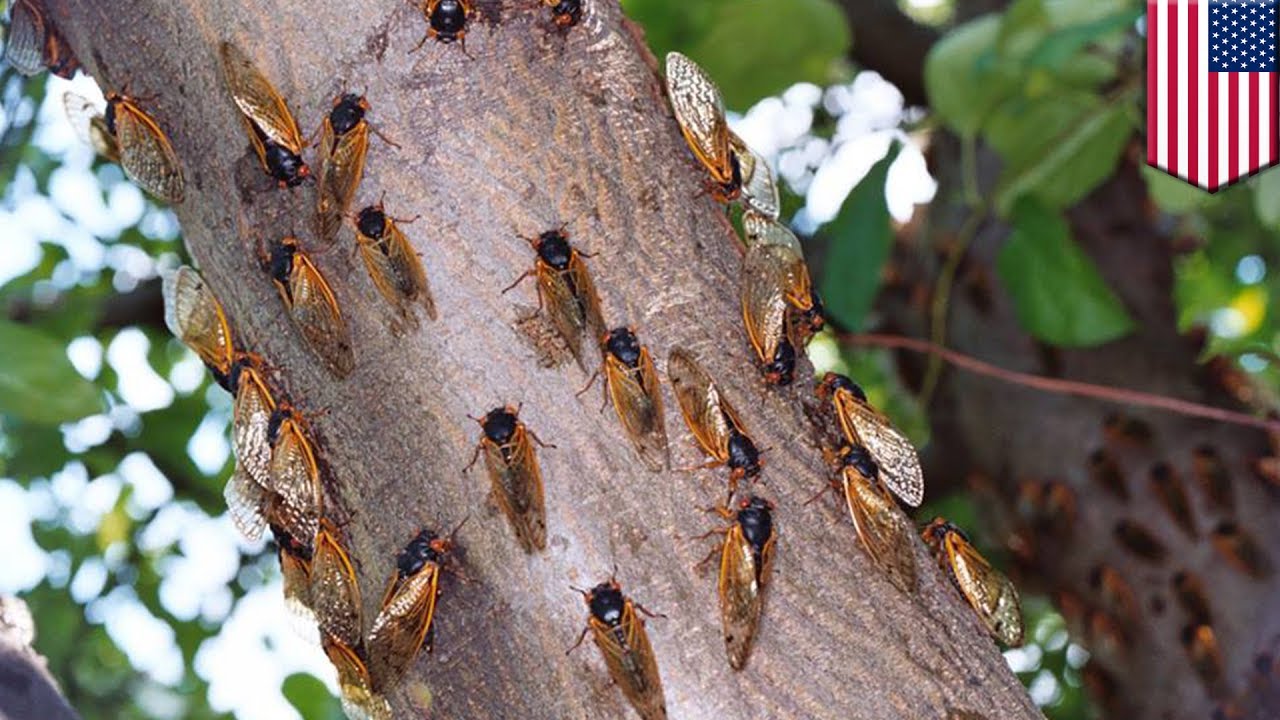 2020 has certainly been an extraordinary year so far.

First there were extreme weather events, then the health and economic crisis, and just to top it off there will be soon be swarms of insects in their millions in parts of America.

Instead of locusts however, May will see the return of millions of cicadas of the genus Magicicada that have been biding their time underground for 17 years.

Periodical cicadas are so named owing to their timely appearance above ground.

“They are generational events,” said entomologist Gene Kritsky. “And many people use the emergence to mark the passage of time, recall key events in their lives and just remember where they were and what they were doing the last time the cicadas came out.“

The length of time needed for cicada larvae to mature into adults underground varies across the genus, with some making an appearance after just one year while for others, like brood XI, it can be as long as 17 years.

The life cycle of periodic cicadas is one of the great mysteries for biological scientists and exactly why they take so long still isn’t fully understood.

One thing we do know is that when the cicadas, which are buried in the soil during this time of maturation, are ready to emerge, breed, and lay eggs, they come out when the soil warms up, usually during May.

Their numbers continue to increase, with peak emergence usually hitting by June.

Once they reach the surface, the race is on to shed their underground coats and start finding a partner, as they have a brief life expectancy of around 4 to 6 weeks, and in their haste to get going these animals are not shy.

Brood IX (nine) periodical cicadas will emerge in May of 2020 in parts of Virginia, West Virginia and North Carolina. Are you ready? https://t.co/7eK2Tn2IVy #cicadas pic.twitter.com/Waf6NMxnt6

The tsunami of brood XI spells a noisy few weeks for Southwest Virginia, North Carolina, and West Virginia as the males sing to find themselves a female.

Periodical cicadas are one of the noisiest insects on Earth, creating a vibrating sound using membranes on the side of their body to kick up a racket that can reach over 90 decibels, about the level of a lawnmower.

With as many as 1.5 million cicadas expected per acre in the above-mentioned states, residents should steel themselves for an earful.

“Communities and farms with large numbers of cicadas emerging at once may have a substantial noise issue,” warned entomologist Eric Day at Virginia Tech in a statement. “Hopefully, any annoyance at the disturbance is tempered by just how infrequent – and amazing – this event is.“

First there were the fires, then the health plague, and just to top it off (we’re not even halfway through the year) there’ll soon be swarms of cicadas in their millions in parts of America.