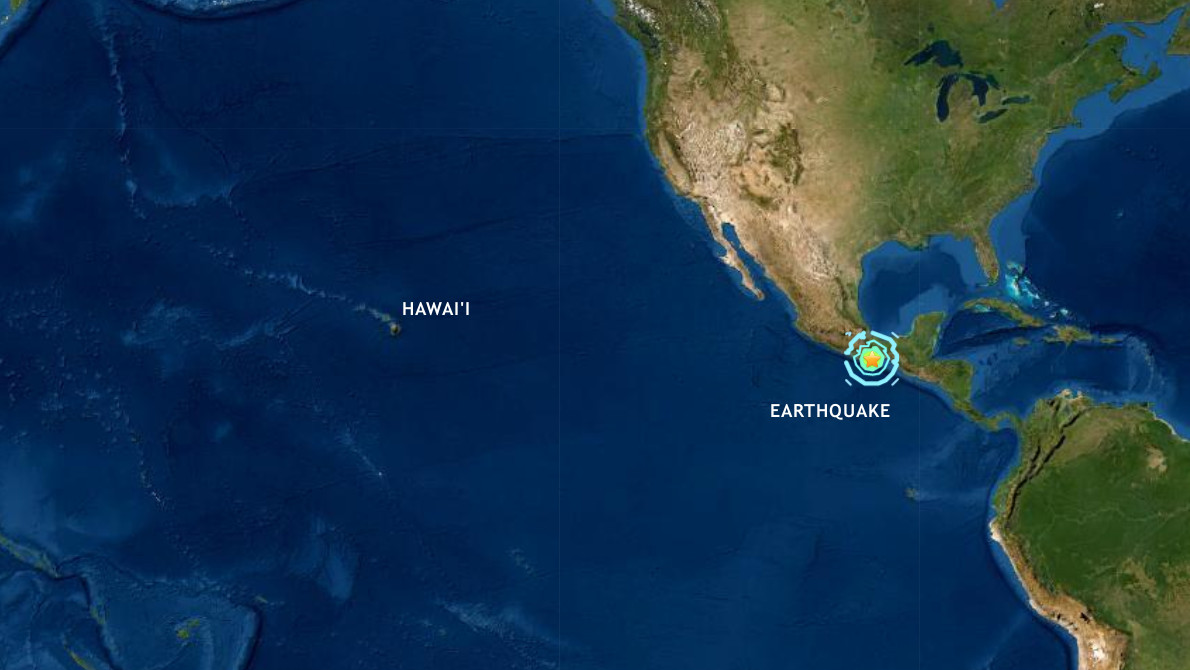 A 7.4-magnitude earthquake has rattled large swaths of southern and central Mexico

The quake struck the southern state of Oaxaca at 10.29am local time (1429 BST) on Tuesday but was felt more than 400 miles away in the capital, Mexico City, where buildings shook and panicked residents fled on to the streets.

“It really moved,” said Francisco Aceves, the owner of an import-export firm in Mexico City who was on the 22nd floor of an office block when the quake struck.

Look the Windows of the building during 7.5 #earthquake #Terremoto #Temblor #Sismo near #Oaxaca #Mexico 🚨 pic.twitter.com/Hfjto5s0sl

The situation near the quake’s epicentre in Crucecita, Oaxaca, was not immediately clear.

But in a social media “message to the Mexican people” president Andrés Manuel López Obrador officials said one person had been confirmed dead after a landslide along the country’s Pacific coast. Another person was injured.

Richard Hanson, a 44-year-old American who runs an NGO in Oaxaca’s state capital called Tejiendo Alianzas, said: “It started really slow … and then very quickly it notched up very fast.”

“Our fan was moving around a lot, you could hear the noise of the walls and the earth moving, things stared falling off the shelves in the kitchen and crashing and breaking on the ground.”

Outside Hanson said “people were running out of buildings, screaming and getting on the ground … Some people were just running to any open space.”

Photographs from the state capital showed rubble strewn streets and the partially collapsed facade of one historic building.

The earthquake’s epicentre was just east of Huatulco, one of Mexico’s top tourist destinations, where beaches had only just reopened last week after closing because of the Corona.

Tuesday’s quake set off a tsunami warning for a radius of 1,000 km (621 miles) on the Pacific coasts of Mexico and Central America, including Mexico, Guatemala, El Salvador and Honduras.

Tsunami waves have been observed, the Pacific Tsunami Warning Center said. Waves reaching 0.3 to 1 meter above the tide level are possible for some coasts of Mexico, the PTWC said in its most recent message. “Tsunami waves are forecast to be less than 0.3 meters above the tide level for the coasts of Costa Rica, Ecuador, El Salvador, Guatemala, Hawaiʻi, Honduras, Nicaragua, Panama and Peru,” the center added.

The USGS wrote this about the event:

The June 23, 2020, M 7.4 earthquake near Oaxaca, Mexico occurred as the result of reverse faulting on or near the plate boundary between the Cocos and North American plates. Focal mechanism solutions for the event indicate rupture occurred on either a shallowly dipping thrust fault striking towards the west or on a steeply dipping reverse fault striking towards the ESE. The depth and focal mechanism solutions of the event are consistent with its occurrence on the subduction zone interface between these plates, approximately 100 km northeast of the Middle America Trench, where the Cocos plate begins its descent into the mantle beneath Mexico. In the region of this earthquake, the Cocos plate moves approximately northeastward at a rate of 60 mm/yr.

While commonly plotted as points on maps, earthquakes of this size are more appropriately described as slip over a larger fault area. Reverse faulting events of the size of the June 23, 2020 earthquake are typically about 70 x 35 km in size (length x width).