Giantess Geyser in Yellowstone erupts for first time in 6 years 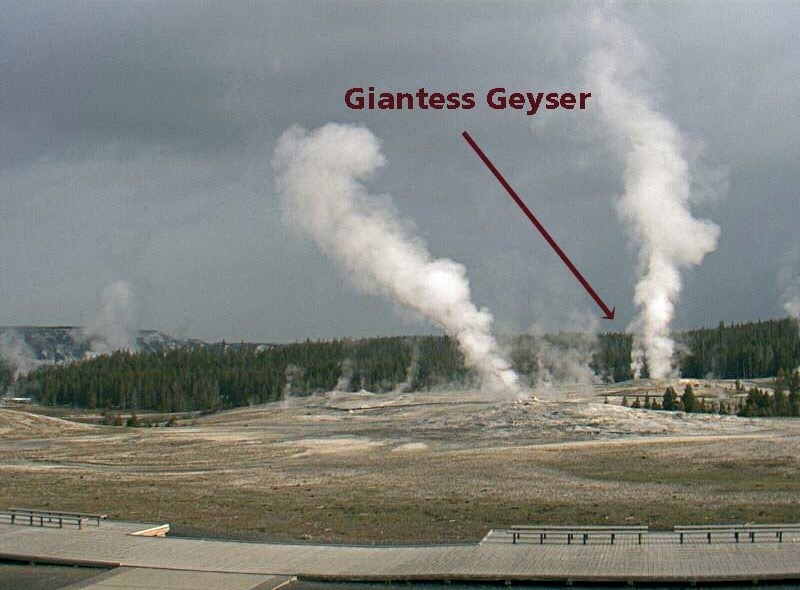 After a slumber that stretched for more than six years, the Giantess Geyser at Yellowstone National Park erupted once again on August 25, 2020.

On Tuesday, August 25, Giantess Geyser roared back to life after a period of more than 6-1/2 years without erupting.

Watch a longer clip of this eruption or watch the Upper Geyser Basin live-stream at https://t.co/S3E7BsRif9.#Yellowstone #NationalParks #Geysers #GiantessGeyser pic.twitter.com/IdK2ydG6V4

The Giantess Geyser, which is located in Wyoming, historically erupted two to six times per year, according to the National Park Service (NPS).

According to the park service website, “infrequent but violent” eruptions characterize Giantess Geyser:

“The surrounding area may shake from underground steam explosions just before the initial water and/or steam eruptions.

“Eruptions may occur twice hourly and continue for 4 – 48 hours.“

The United States Geological Survey (USGS)  said Saturday that Giantess Geyser used to erupt more frequently in the past.

The six-year gap between eruptions was the longest since at least the 1980s, but the geyser has had years-long dormant periods before.