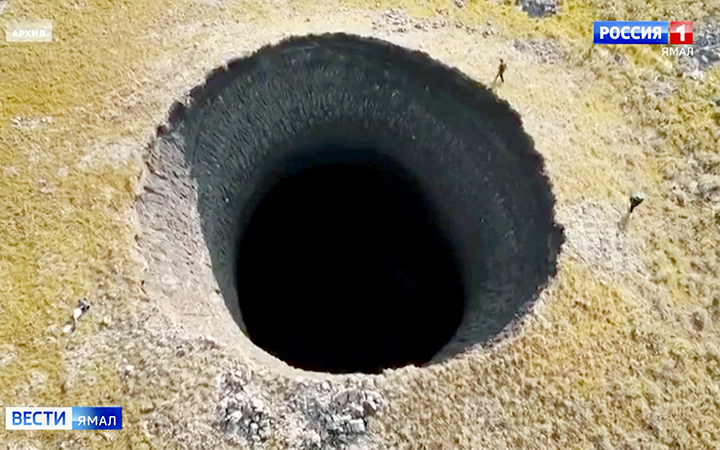 A new gigantic 50-meter deep ‘crater’ opened up in the Yamal peninsula in Russia.

The new Yamal pit was spotted by chance by a Vesti Yamal TV crew en route for an unrelated event in July 2020.

The gigantic hole is the latest to be discovered since the phenomenon was first registered in 2014 in northern Siberia. 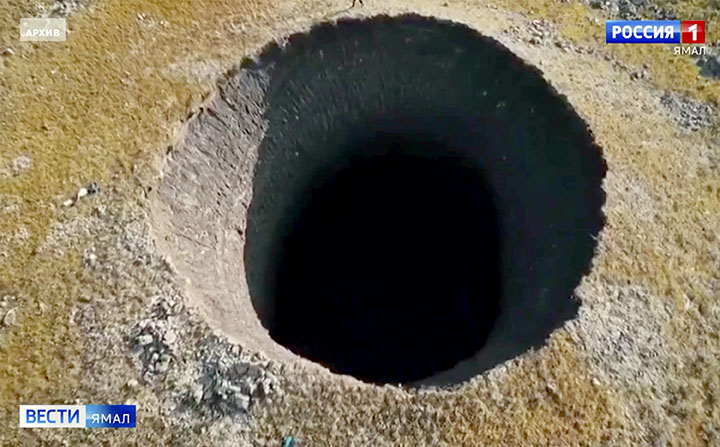 It is believed a summer of unprecedented heat led to the blast which was caused by a build-up of methane gas. Picture: Vesti Yamal

A group of scientists then made an expedition to examine the large cylindrical crater which has a depth of about 50 meters.

Scientists who examined the site said blocks of soil and ice were flung “hundreds of metres” from the epicentre with “colossal force.”

Such a giant hole in the ground is believed to be caused by the explosion of methane gas pockets locked in thawing permafrost.

It is the 17th large cylindrical cavity, known as hydrolaccoliths or bulgunnyakhs by scientists to appear in the past six years, and previous craters have sparked conspiracy theories about everything from UFOs to Kremlin missile tests.