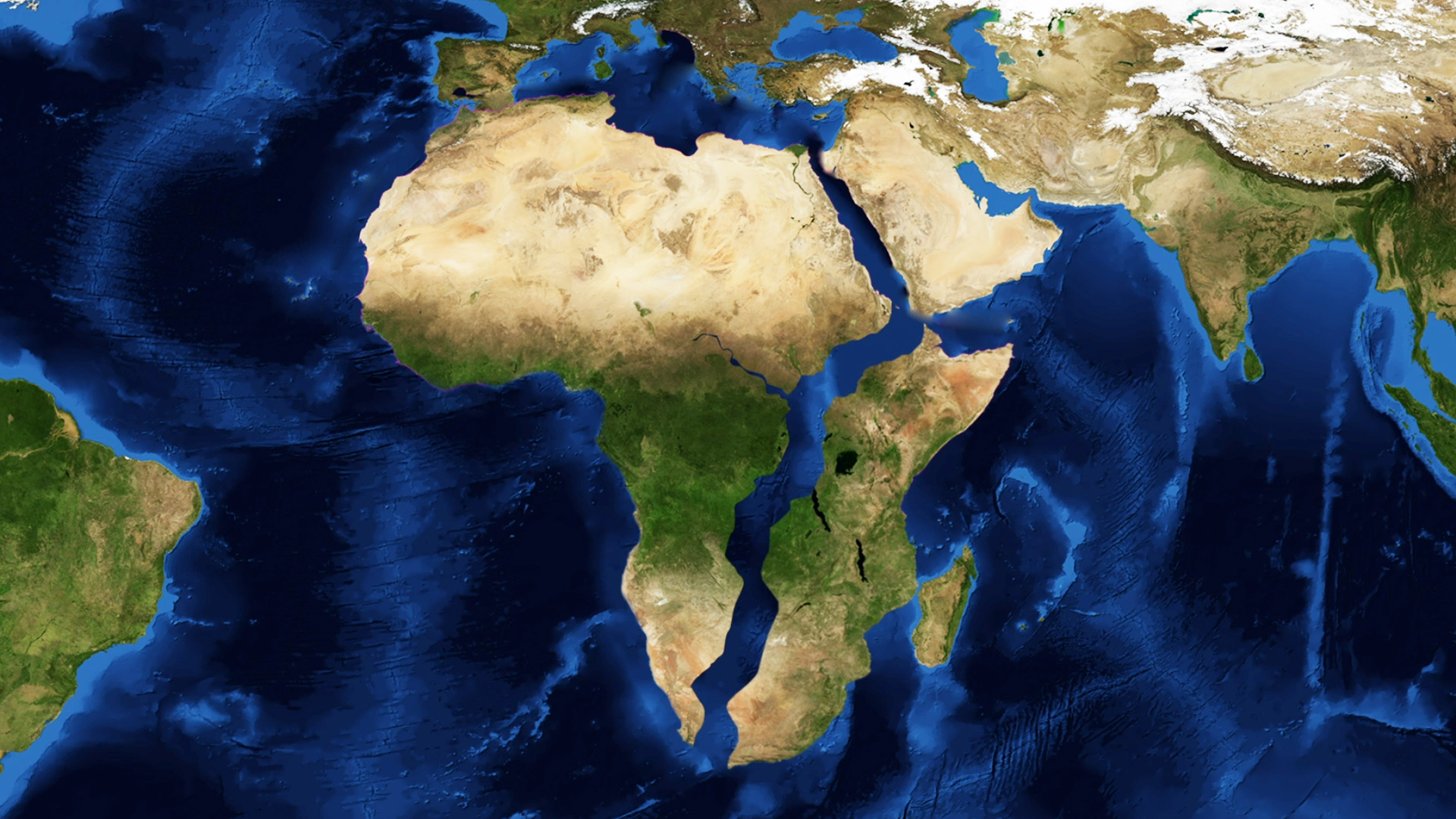 The continental break up is the continuation of the supercontinent Pangea fragmenting some 200 million years ago.

Now, a team of researchers from the Virginia Polytechnic Institute and State University (Virginia Tech) expect Africa to break into several smaller and larger tectonic blocks.

The break up will create a new ocean basin as well as affect Madagascar in the Indian Ocean, causing the landmass to crumble into smaller islands.

The findings were presented by Dr D Sarah Stamps and colleagues in the journal Geology.

The one good news though, is the break-up is not expected to happen anytime soon.

Geologists estimate it could take anywhere between five and 10 million years before the new ocean forms in Africa.

But signs of this process can already be seen in places like Ethiopia, where a 35-mile-long rift split the ground open in 2005. 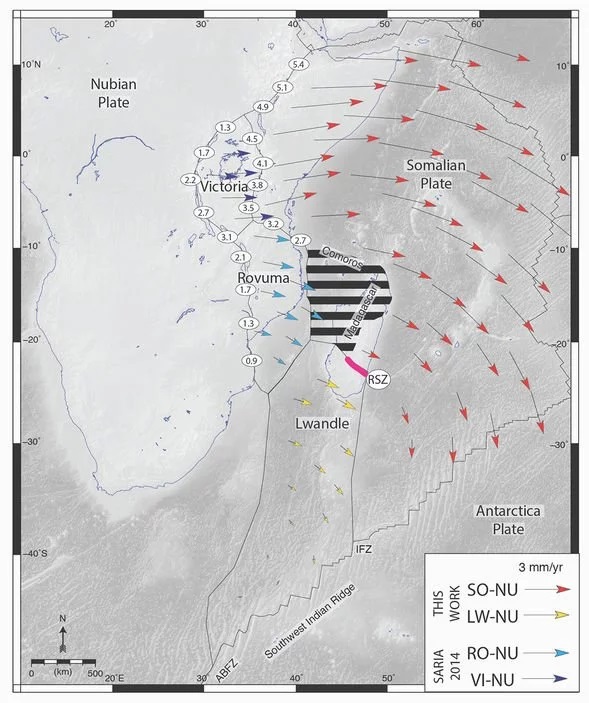 Rifting like this is caused forces deep underground stretching out Earth's lithosphere layer until it cracks.

Dr Stamps said: "The rate of present-day break-up is millimetres per year, so it will be millions of years before new oceans start to form.

"The rate of extension is faster in the north, so we'll see new oceans forming there first."

Dr Stamps and her colleagues collected GPS data along this part of the African continent to map out where the extension is happening.

The East African Rift System stretches for more than 1,800 miles (3,000km) from the Gulf of Aden between Yemen and Somalia, and south towards Zimbabwe. 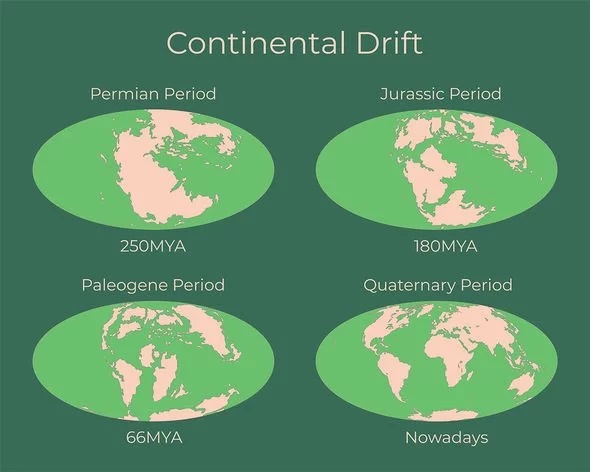 Dr Stamps said: "Most previous studies suggested that the extension is localised in narrow zones around microplates that moved independent of surrounding larger tectonic plates."

The study found the continental break up is much more complex and widely distributed than previously thought.

In one region, for example, the researchers found extension across 372 miles (600km), from Eastern Africa to parts of Madagascar.

The findings suggest the island is actively falling apart with southern Madagascar moving on one tectonic plate, while central Madagascar is moving on a separate plate. 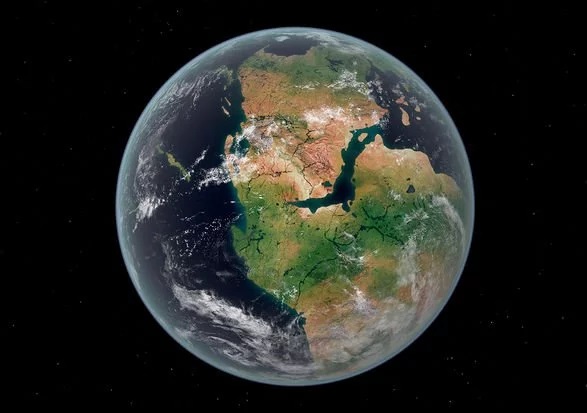 Dr Stamps said: "Accurately defining plate boundaries and assessing if continents diverge along narrowly deforming zones or through wide zones of diffuse deformation is crucial to unravelling the nature of continental break-up.

"In this work, we have redefined how the world's largest continental rift is extending using a new GPS velocity solution."

Some 200 million years ago, all of the world's continents were locked into one gargantuan landmass dubbed Pangea.

But the supercontinent fractured with time, splitting into the continents as we know them today.

More recently - in the last 30 million years - the Arabian plate has been slowly drifting away from Africa.

The process is what gave birth to the Gulf of Aden and the Red Sea.

Lucía Pérez Díaz, a postdoctoral researcher at Royal Holloway, University of London, wrote in 2018: "Dramatic events, such as sudden motorway-splitting faults can give continental rifting a sense of urgency.

"However, rifting is a very slow process that, most of the time, goes about splitting Africa without anybody even noticing."