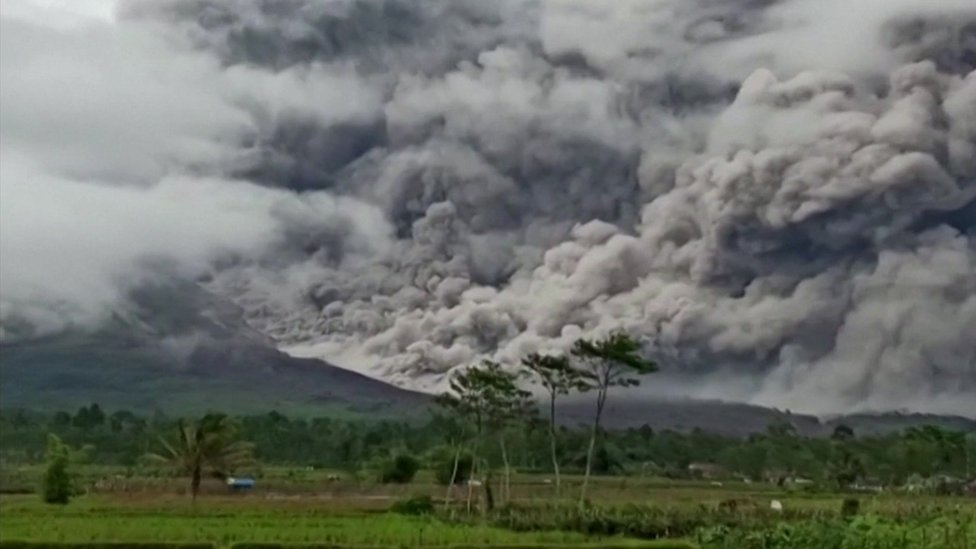 According to the Center for Volcanology and Geological Disaster Mitigation (PVMBG), the flow slid approximately 4.5 km (2.8 miles) down the southeast and southern slopes of the volcano and was accompanied by lava avalanches with a sliding distance between 500 and 1 000 m (1 640 - 3 280 feet) from Jonggring Seleko Crater towards Besuk Kobokan drainage on the southern flank.

A corresponding seismic signal with an amplitude up to 22 mm lasted approximately 1 hour and 2 minutes.

MAGMA Indonesia reported that an average of 40 eruptive earthquakes per day has been recorded from October 1 to November 30, 2020. Rock avalanches from the peak have continuously occurred since October 19. 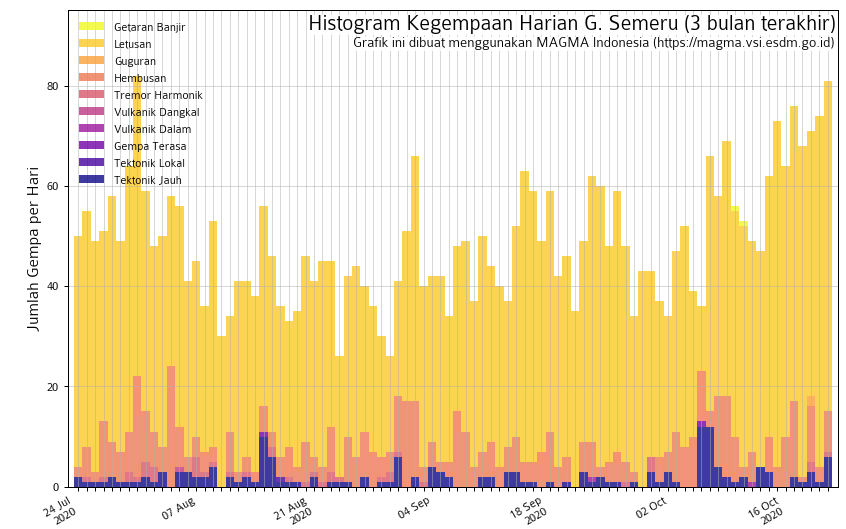 The number of avalanches significantly increased on November 28, followed by pyroclastic flows with a maximum sliding distance of 1 000 m (3 280 feet) to the southeast portion of the slope.

On December 1, a spectacular pyroclastic flow was observed from the summit dome with a sliding distance between 2 and 11 km (1 and 7 miles) towards the southeast.

As a result, dozens of livestock perished in the Pronojiwo District. In addition, 10 heavy-duty mining equipment were damaged.

Amazing photos of glowing lava and activity at the crater of #Semeru volcano in East Java🇲🇨 captured yesterday 28th November.

Rockfall from the crater of Semeru volcano, East Java - captured in August 2014.

It will be intetesting to go back to the area again, to observe the ongoing activity at Semeru. Tomorrow I should be on the way there! pic.twitter.com/g6vvd2gQMX 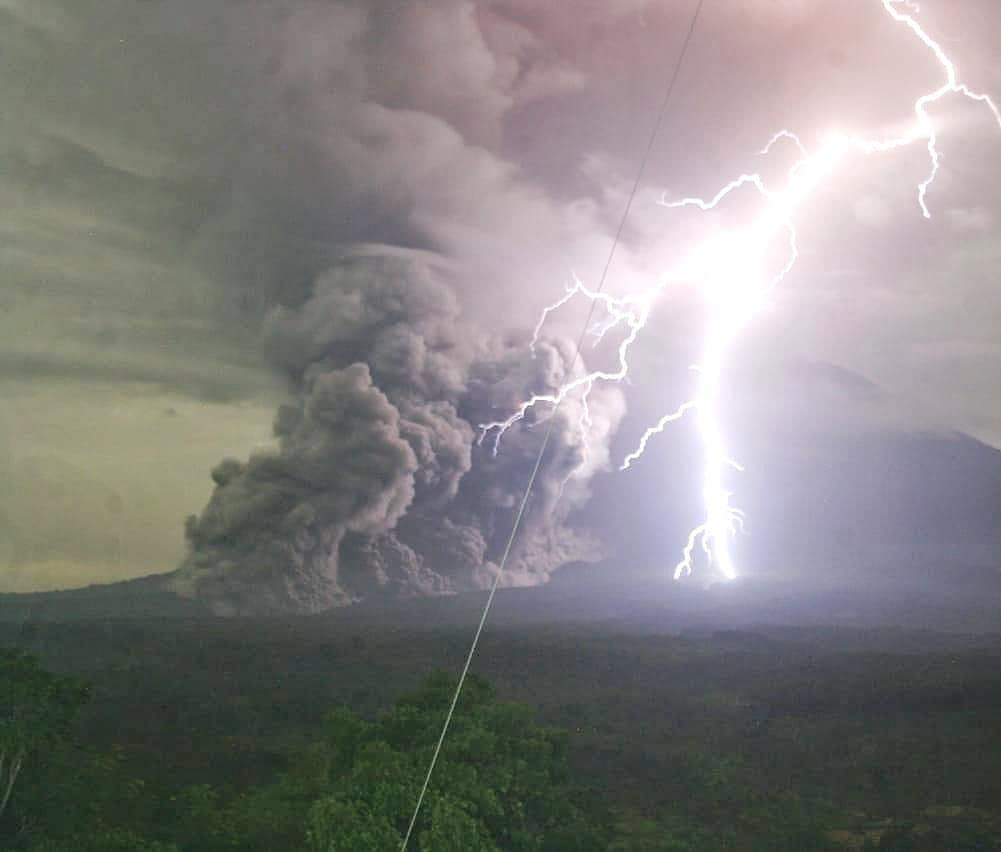 However, at 23:21 UTC on the same day, the center said they reassessed the previously reported eruption to FL500 as likely thunderstorm activity -- meaning no such eruption took place. You can see it centered in the video below:

The eruption at Semeru took place just two days after a high-level eruption at Lewotolo ejected ash up to 15.2 km (50 000 feet) above sea level, prompting nearly 5 000 people to evacuate

Semeru, the highest volcano on Java, and one of its most active, lies at the southern end of a volcanic massif extending north to the Tengger caldera. The steep-sided volcano, also referred to as Mahameru (Great Mountain), rises above coastal plains to the south.

Gunung Semeru was constructed south of the overlapping Ajek-ajek and Jambangan calderas.

A line of lake-filled maars was constructed along a N-S trend cutting through the summit, and cinder cones and lava domes occupy the eastern and NE flanks. Summit topography is complicated by the shifting of craters from NW to SE. 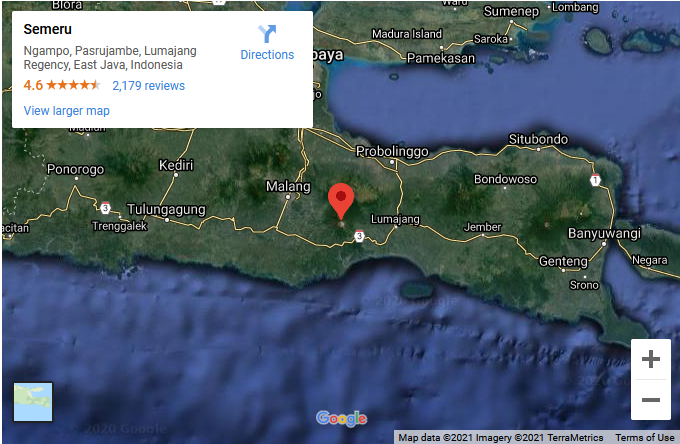 Frequent 19th and 20th-century eruptions were dominated by small-to-moderate explosions from the summit crater, with occasional lava flows and larger explosive eruptions accompanied by pyroclastic flows that have reached the lower flanks of the volcano.

This volcano is located within the Bromo Tengger Semeru-Arjuno, a UNESCO Biosphere Reserve property.