Rare Back to Back Fireballs Light the Sky in Arizona 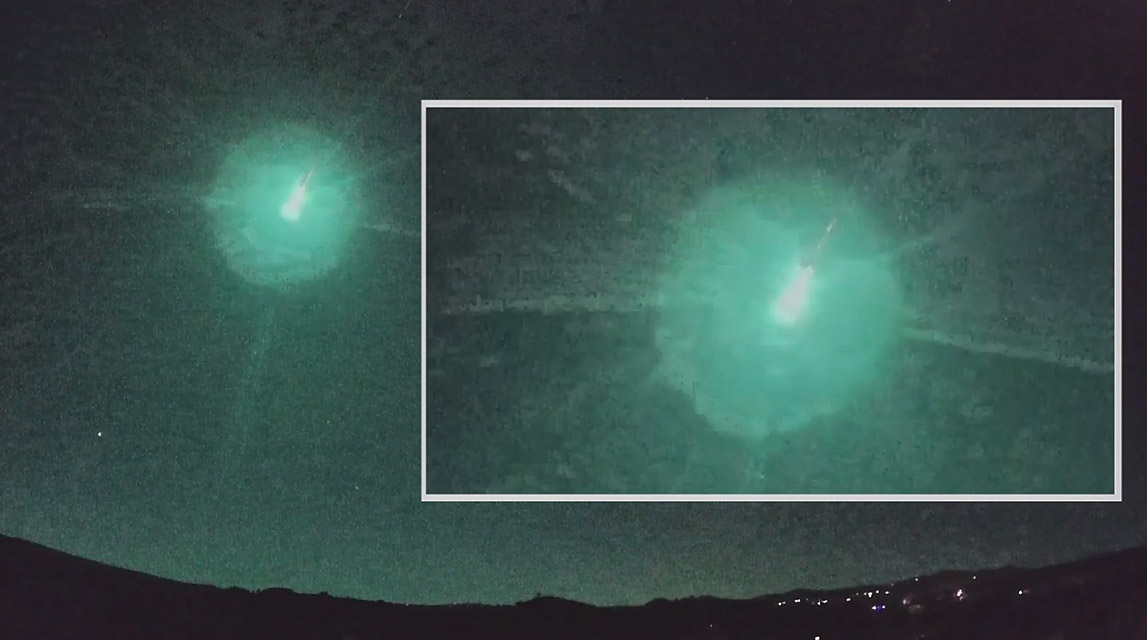 A brilliant fireball streaked across the skies of Arizona at 12:32 UTC (05:32 LT) on Wednesday, February 26, 2020, and was also spotted in several southwest U.S. states. The American Meteor Society (AMS) received 64 reports about the meteor.

In a rare event, another fireball was seen across the state just within the day, at 20:14 LT or at 03:14 UTC on Thursday, February 27, with AMS acquiring 66 reports from various states in the same region.

Witnesses from different cities in Arizona-- as far north as Flagstaff and as far south as Chandler in Phoenix-- reported seeing the fireball moving from northwest to southeast on Wednesday. The meteor reportedly ended its flight somewhere over the Mazatzal Peak.

Residents in neighboring states were also able to observe the fireball, particularly those in California, New Mexico, Nevada, and Utah.

"This does appear to be a bright meteor," said Robert Lunsford with the AMS.

An onlooker from Chandler noted that it was "one of the most incredible and terrifying experiences" he has ever had, while a watcher from Murrieta, California wrote that it was "probably the best meteorite/fireball" he has ever seen.

"It was one of a kind. I've never seen anything like it," described an eyewitness from Kingman.

In the evening, another fireball illuminated the Arizona sky. This time, Colorado residents reported spotting the fireball as well, while New Mexico and Utah also saw the back to back phenomenon.

"We just saw it for a second. [It was] very close to [the] horizon," said one observer from Center town, Colorado.

"This was the brightest event I have ever seen. It lit up a good part of Monument Valley," another witness from Utah remarked.

"Coincidentally, this appeared as an airplane was flying what was the same direction when I first saw it. I thought something came off the plane," wrote one person from Carlsbad, New Mexico.

"[I] moved to Arizona for the skies activity. I just find it beautiful," stated a viewer from Payson.

According to AMS operations manager Mike Hankey, for one area geographically, to get fireballs back to back is rare. On the other hand, February tends to be a more active time for meteors.

AMS also noted in its Meteor Activity Outlook page that this month is the best time to view meteor activity as the moon will not be a factor.