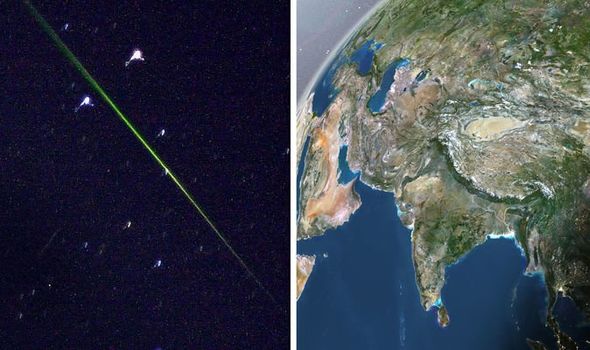 A meteorite has reportedly fallen near a Sahibabad railway station in the city of Ghaziabad, the Indian state of Uttar Pradesh on March 5, 2020.

According to local media reports, the event took place during heavy rains. A loud thunder-like sound was heard before the object hit the ground, causing panic among locals.

City fire brigade officials said the object kept smoldering even after they doused the flames. Scientists who examined it suggested the material which fell from the sky seems to be sodium, as it gave rise to fumes when it came in contact with water.

Samples were sent to a laboratory in Lucknow for further testing.