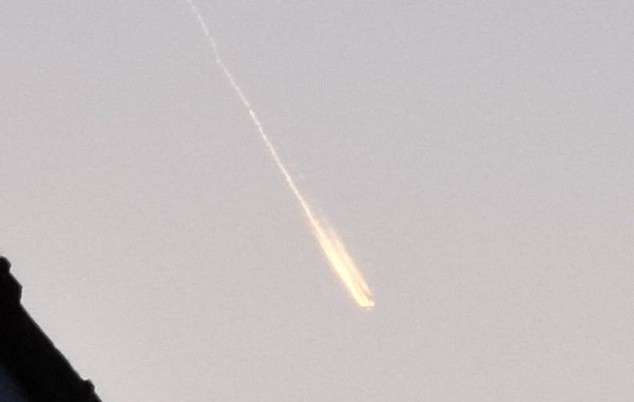 An immense fireball was spotted last night over Hull, with images capturing the moment the inferno burned up in the atmosphere as it plummeted towards Earth.

The Humberside 'bright orange' object was spotted by several people moving slowly over the city leaving a trail in its wake before disappearing.

Experts believe the unusual occurrence was a meteor, potentially linked to the annual Lyrid meteor shower due to commence this week.

Rebecca Holmes saw it from her garden in Bransholme, near Kingston upon Hull.

She said : 'I was sat in the garden, my husband was doing some gardening and I looked up and it was so bright orange and it was just gliding really slowly like something was burning but it was definitely too slow to be a shooting star.

'It was weird it looked like either a plane or a rocket or something.'

In fact, it was most likely a meteor, potentially an early visitor from the annual Lyrid meteor shower, according to the experts.

Brofessor Brad Gibson, Director of the E.A. Milne Centre for Astrophysics at the University of Hull, told MailOnline: 'Without more context, the most likely explanation as to the object reported in the sky over Hull on Sunday evening is that it was a meteor. 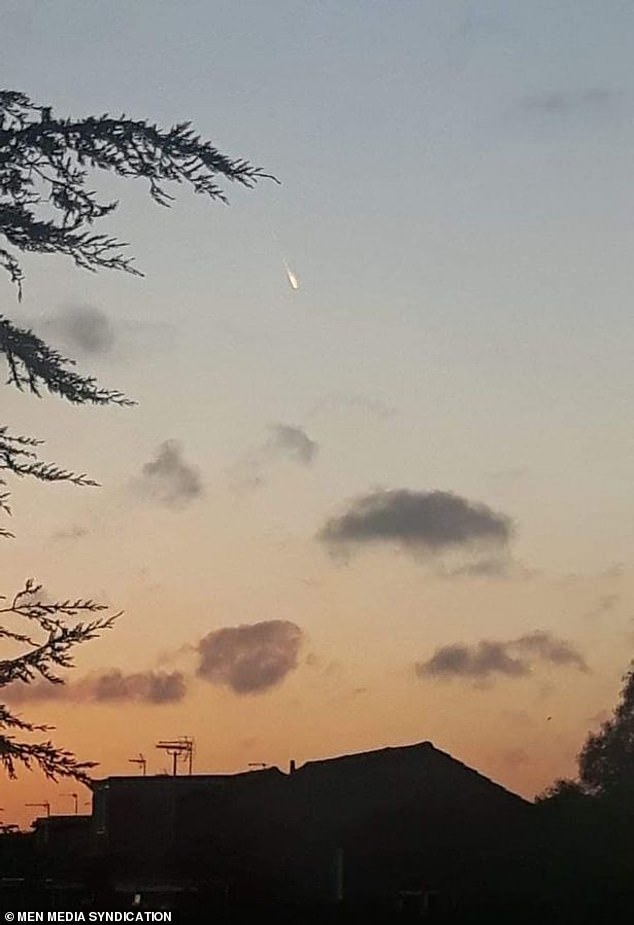 'The Lyrid meteor shower is caused by debris which has been left by Comet Thatcher, which last visited the inner Solar System over 150 years ago in 1861.

'It is expected to return in the year 2276, and will burn up as it enters the Earth's atmosphere.

'As said previously, without more context as to this particular sighting, it is difficult to give a definitive explanation.

'However, based on the time of year, it is entirely possible that the object reported by residents in Hull formed part of the Lyrid meteor shower.'