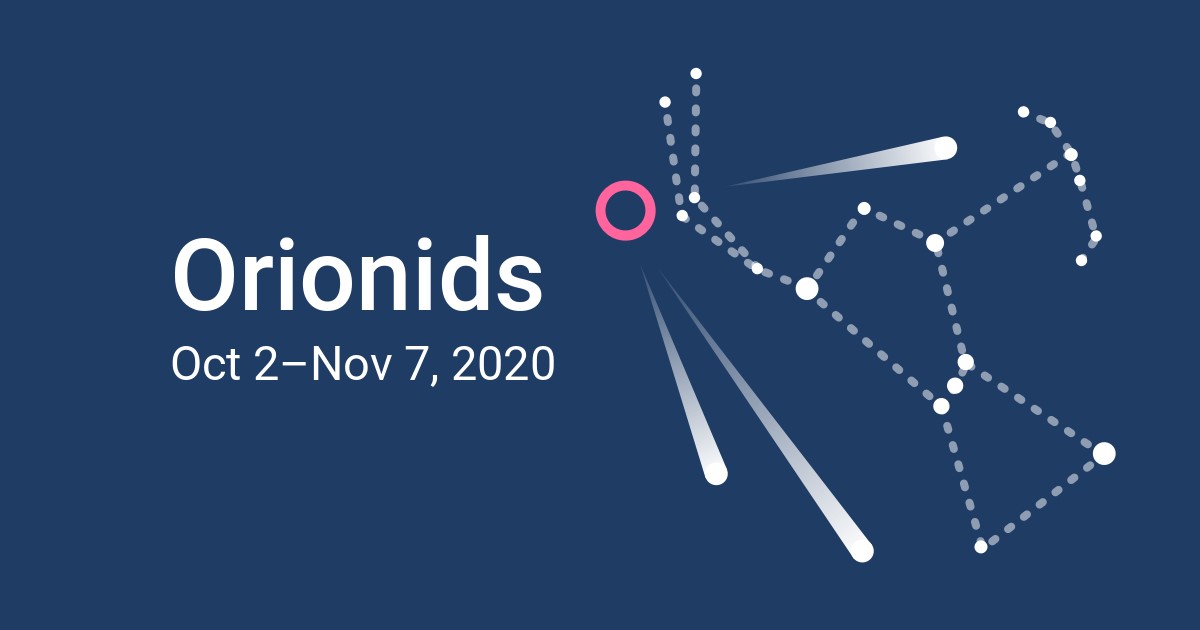 This week stargazers will be able to see up to 25 shooting stars per hour fly across the night sky as the Orionid Meteor Shower puts on its annual show.

These meteors streak across the sky each October, through until November 7 – but peak viewing is expected on Wednesday, October 21 around midnight.

This cosmic event happens when Earth passes through stream of debris left behind Comet Halley – the parent comet of the Orionid shower.

You should be able to see the shooting stars from whatever direction you look, but they will appear to come from the constellation of Orion in the south east.

Astronomers note that the meteors can move 148,000 miles per hour into the atmosphere, but leave gas trails in the sky that last for a few seconds.

NASA deems the Orionids as one of the most beautiful showers in the year, which are visible in both the Northern and Southern hemispheres after midnight.

NASA recommends finding an area of dark sky, away from street lights and other sources of light pollution and to be prepared for a long wait.

They’ll be relatively easy to spot as long as the sky is clear and weather good, but it could take some time before one appears bright enough to spot.

Then just ‘look up’, taking in as much of the sky as possible – it is better to use the naked eye rather than a telescope or binoculars for a ‘wide view’. 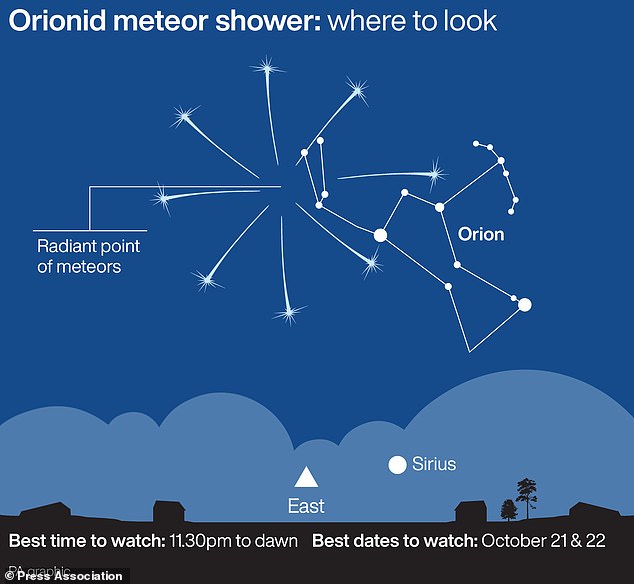 The Orionid meteor shower will peak on October 21, 2020

The shower of shooting stars is made up of the debris stream that was left behind by comet Halley as it made its way into the inner solar system and began to lose material through heating from the Sun.

The nucleus sheds its ice and rocky dust into space and as the Earth passes through that debris strewn area it left behind  the particles fall through our atmosphere.

It’s a good year to watch the shooting stars as they coincide with the Moon in a waxing crescent phase, meaning it sets before midnight and provides dark skies.

They’re not the strongest of the annual meteor showers, but you should see up to 25 per hour during the peak on October 21.

They are extremely fast – up to 41 miles per second and can be on the faint side – but they do leave a persistent train of ionized gas that lasts a few seconds and is easier to spot than the meteor itself.

You do also get exceptionally bright ones dotted throughout the wider shower of faint fragments, according to EarthSky.

The Orionid meteor shower radiates from the constellation of Orion – which is also where its name originates – as annual showers are named for the point in our sky they appear to come from.

They streak out in all directions from that point – so you’ll seen them at any point in the sky – which is why it is best to get a wide view.

To confirm whether the shooting star is an Orionid – trace its path backwards and you may see it comes from the Club of Orion – just north of Betelgeuse.

This month also brings with it a rare Blue Moon that will be visible across all times zones on Halloween. 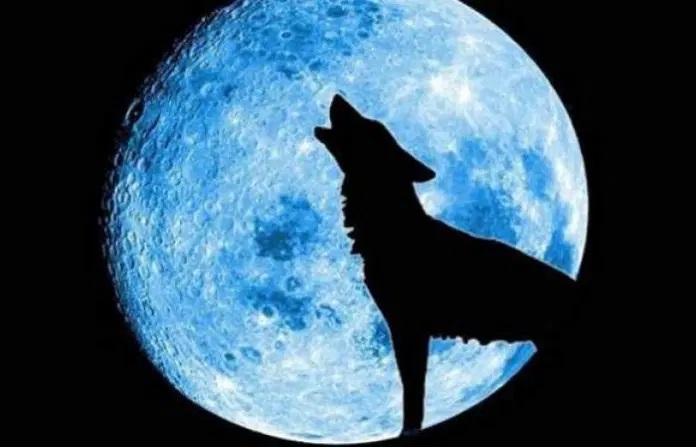 Our lunar neighbor will not shine blue, but the name is given because it is the second full moon to appear in the same month – the first occurs October 1 and the next on October 31.

The cosmic display happens seven times every 19 years, which means the world will not see the next one on October 31 until 2039.

What makes this event even rarer is that it will be seen in all parts of the world for the first time since World War II.

People in North and South America will have a glimpse of the Blue Moon, along with those in India, Europe and Asia.

Watch This: Earth Encounters a Sudden Burst of Asteroids Approaching Closer than the Moon

In the week of October 12 through the 18th, a total of 10 newly discovered asteroids visited our neighborhood, all of them passing within 1 lunar distance of the Earth. The discovery marks a significant increase in both the detection and the passage of asteroids within one lunar distance within a short time window.