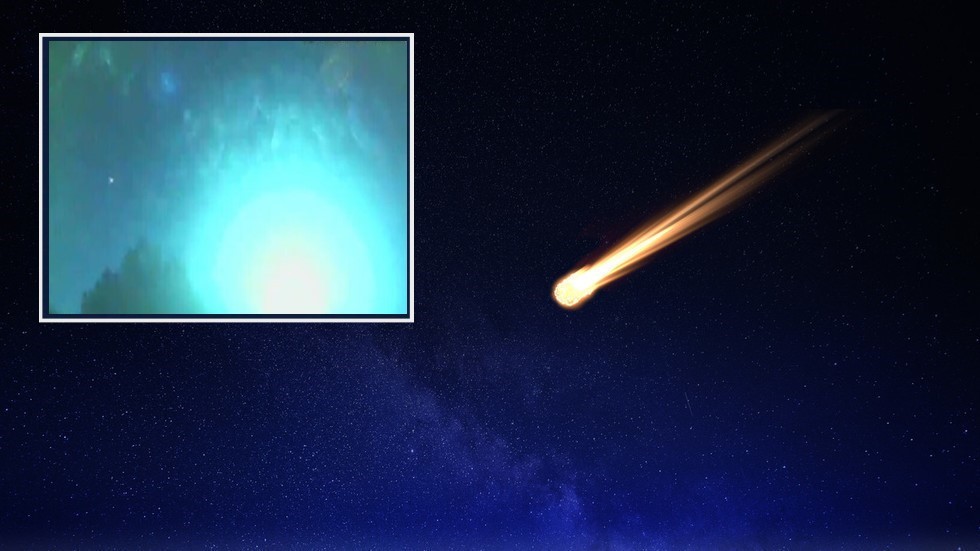 Hundreds of people called up the authorities and updated their social media timelines as the locals spotted a fireball in the night skies of Puerto Rico.

The locals took to social media to share pictures and videos of colourful fireball above the Caribbean island.

A video was shot and shared by Frankie Lucena (@frankie57pr) on Twitter in which the fireball can be seen heading in a downward direction, which the spectator claimed can be "a Taurid".

The spectacular scene was spotted as the Orionid meteor shower was peaking in the area. This region has seen an increase in these activities with hundreds of Puerto Ricans spotting unexplained "white dots" in the sky during daylight hours, as reported by the Caribbean Astronomical Society.

"We are totally sure that what was seen in the sky were these balloons, since we even managed to capture photos through telescopes, at a time when the naked eye could see the same white dots that many saw," the Caribbean Astronomical Society said in a statement.

A bright meteor fireball was reported over Puerto Rico on the 17th Oct by the Society for Astronomy of the Caribbean (SAC), as relayed by local media on the 18th.

The event was described by Eddie Irizarry, vice president of the SAC: "It was a space rock probably several feet in diameter disintegrating through the atmosphere,"

Video: Earth Encounters a Sudden Burst of Asteroids Approaching Closer than the Moon

In the week of October 12 through the 18th, a total of 10 newly discovered asteroids visited our neighborhood, all of them passing within 1 lunar distance of the Earth. The discovery marks a significant increase in both the detection and the passage of asteroids within one lunar distance within a short time window.