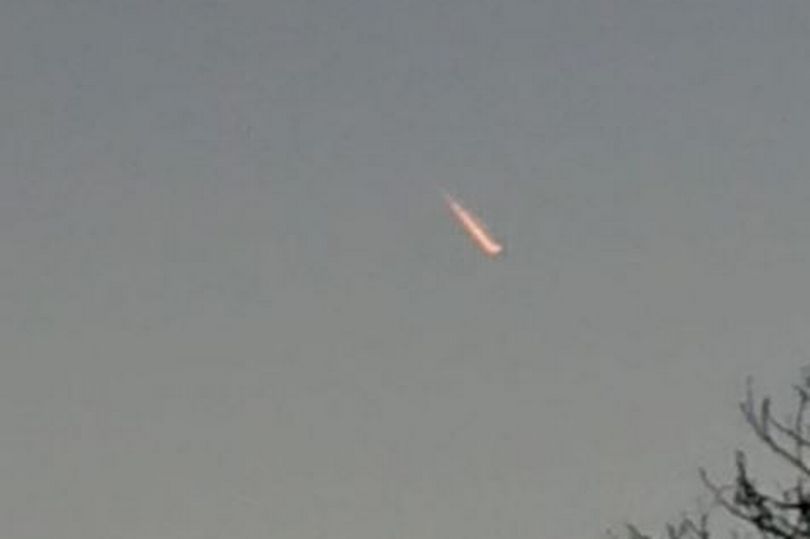 A mysterious flaming rock in the sky has had people in Morecambe scratching their heads.

What appeared to be a "big rock on fire" was seen over the town at around 8.15am on Monday (December 7).

Two 11-year-old boys, Thomas Wilson and Jay Grounds, saw the strange object while walking to school and managed to take a picture of it:

Jay's mum, Beth, said: "My son and his friend Thomas saw what the described as a big rock on fire in the sky this morning on their way to school and Thomas got this picture of it. Did anyone else see it around 8.15am?"

She added that the boys said that it disappeared from view after a few moments.

The picture of the mystery object was the subject of much discussion on Facebook with some people saying it was a meteor, others saying it was a solar flare, while others argued it could have been the sun reflecting from an aeroplane vapour trail.

LancsLive decided to send the picture to experts at UCLan to see if they could provide any answers.

We spoke to Professor Derek Ward-Thompson, who is Head of School of Natural Sciences, at the university.

He said the most likely explanation was that it was a meteorite.

Professor Ward-Thompson said: "If it only lasted for seconds, then it is a meteor - what is known as a fireball. This sounds most likely, as they are describing a 'rock in the sky'.