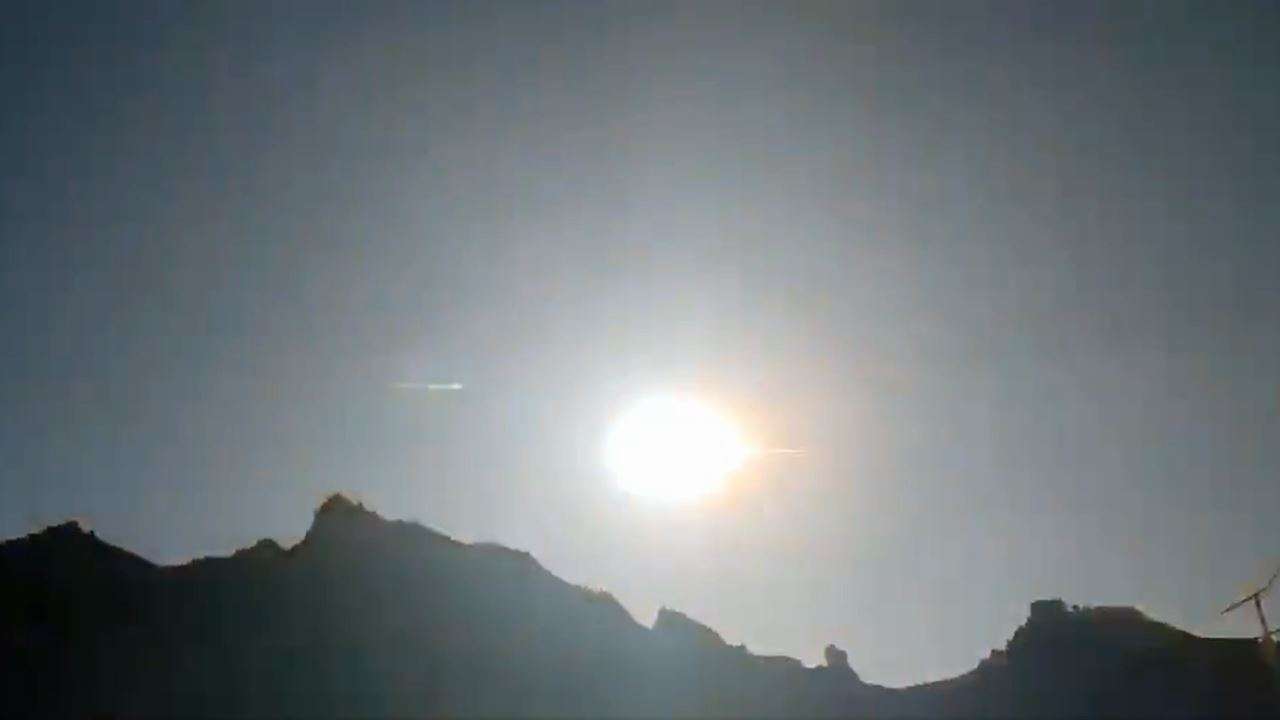 According to a report published by dnaindia.com a major disaster took place in China when a huge ball of fire fell from the sky and crashed into the north-western city Yushu on Wednesday.

A huge explosion was heard after the fireball hit the ground, sending shockwaves across the city.

In a video shared on YouTube, the giant fireball can be seen flashing across the sky over the county of Nangqian in north-western China’s Qinghai province.

Observed the position of the airburst flare and wake cloud, the red arrow is the possible direction of the fireball into the atmosphere. Credit: Purple Mountain Observatory#meteor #fireball #China pic.twitter.com/iN45AmKDEB

At present, there is no clear information about this fireball nor has the cause behind it falling from the sky has been discovered. However, the local media of China has raised the possibility that a glowing meteorite has dropped.

At the same time, some experts are also considering it as a meteorite.

A local citizen named Dan Ba said that he had witnessed this incident while taking his child to school. He said that this fireball was small at first, but after three minutes it became very big and bright.

In the plane going from Xi'an to Lhasa, the passengers also saw this fireball falling towards the earth and shot videos. Many videos and photos of this mysterious incident are becoming viral on social media.

The Earthquake Network Center of China has said that it has recorded the incident. It issued a statement saying that the suspected meteorite fell between Nangqian County and Yusu County at around 7.25 am. TheNangqian County government said that it had come to know about the case, but was not fully informed.