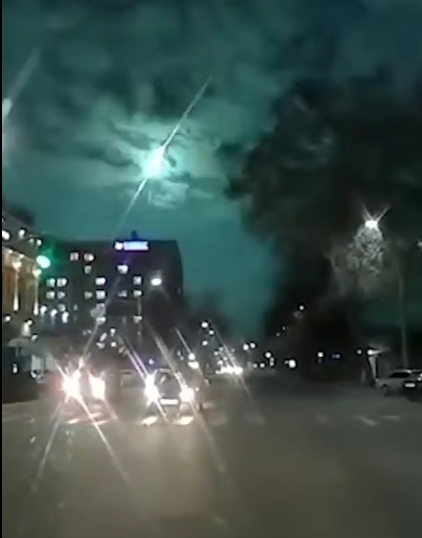 The fall of the celestial object, probably a meteorite, was observed in several countries in the region, including Kyrgyzstan and Uzbekistan.

On Tuesday, residents of the Chui and Bishkek region in Kyrgyzstan, a nation located in Central Asia, were surprised by a bright flash that illuminated the night sky intensely as it fell towards Earth. The phenomenon, presumably caused by a meteorite, is already being investigated by the corresponding authorities, local media report .

In the videos of the event, a bright white object can be observed falling towards our planet and illuminate, at least for a few moments, the clouds in the night sky with an intense light green color, before continuing its journey towards the earth's surface.

According to eyewitnesses from the areas near the city of Bishkek, the capital of the country, the glare caused by the alleged meteorite was so intense that the sky lit up as if it were daytime.

For her part, the head of the Institute of Seismology of the National Academy of Sciences of the Kyrgyz Republic, Gulzhán Saadáyeva, pointed out that it is unlikely that the object has fallen in that country, since the phenomenon was also appreciated in Tashkent, capital from neighboring Uzbekistan.

However, Saadáyeva assured that the records are already being studied by the experts of the institute that he heads, who will provide detailed information once the investigations are concluded.