A very bright and low fireball was seen and recorded streaking through the night sky over southern Quebec and Ontario, Canada around 02:37 UTC on August 21, 2021.

The event lasted at least 8 seconds and appeared to be green-bluish, with reddish train, IMO's Karl Antier noted.2

"It flared several times before fragmenting into 7 to 10 pieces at the end of its path. Some witnesses, especially in Ottawa, also heard it a few minutes later, like a thunder, a rumble, or a low boom."

According to a preliminary analysis by IMO2, the fireball started being luminous while it was around the vertical of Mont-Laurier, Quebec and it went down to the South-East with an azimuth close to 160° on a path longer than 100 km (62 miles).

Just after crossing the Ottawa river and entering Ontario territory, it stopped being luminous as it was approximately 30 km (18.6 miles) above Plantagenet village, 55 km (34.1 miles) E of Ottawa, and 110 km (68.3 miles) W of Montreal. 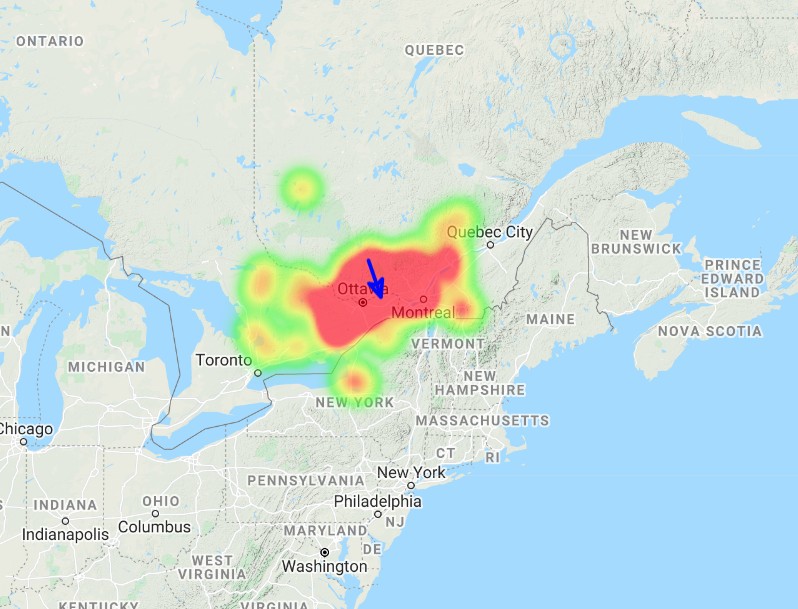