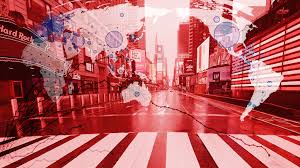 Just over a week ago, the worldwide death toll linked to the coronavirus stood at around 50,000 — a staggering sum for a virus that was still largely unknown to the world at the start of the year. Now, that death toll has doubled.

As of Friday afternoon ET, data compiled by Johns Hopkins University showed the global death toll at just over 100,000 and the number of confirmed cases worldwide at more than 1.6 million. A handful of Western European countries — particularly Italy, the United States, Spain, France and the United Kingdom — so far have felt the brunt of the disease's deadly effects, combining to make up roughly half the global death toll.

But nearly every country in the world has reported at least one confirmed case of the virus within its borders. That includes some nations with debilitated health infrastructures, such as civil war-ravaged Yemen and Syria, where health authorities and humanitarian activists fear conditions are ripe for the coronavirus's spread. 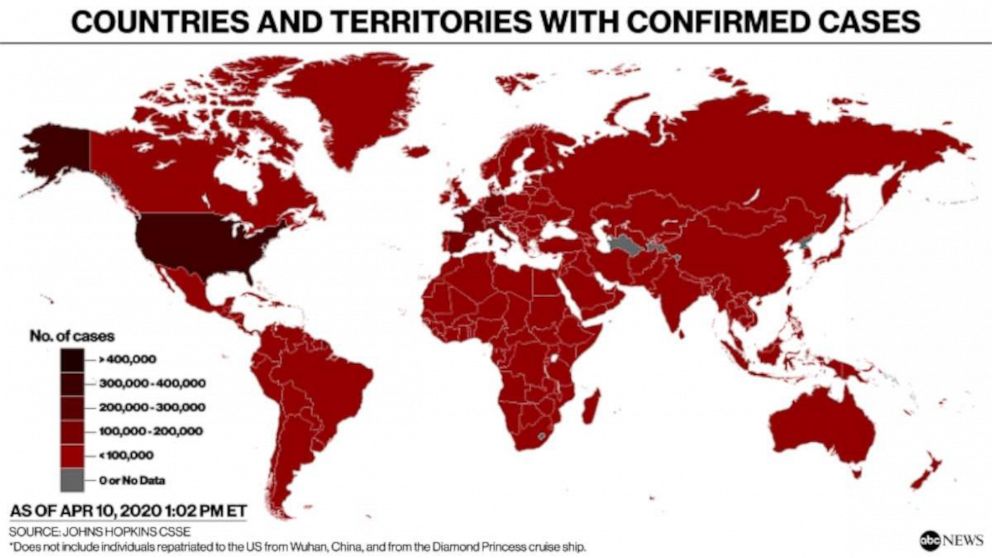 The U.S. has struggled with the world's largest reported outbreak by far — confirmed cases in the hundreds of thousands across the country and more than 5,100 deaths clustered in New York City alone.

On Thursday, the World Health Organization said it had been 100 days since the group was notified about the first confirmed cases of the coronavirus.

The group's director-general, Tedros Adhanom Ghebreyesus, said at a briefing that much has become clear since the first cases surfaced — as a disease with a fatality rate 10 times that of influenza "has overwhelmed health systems, disrupted the global economy, and lead to widespread social disruption."

"This pandemic is much more than a health crisis. It requires a whole-of government and whole-of-society response," Tedros said.

"In the last 100 days, COVID-19 has shown us the damage it can mete out in wealthy nations. We are yet to see the devastation it could wreak in poorer and more vulnerable countries. We're committed to doing everything we can to prevent that from happening." The drone footage and photos circulating on social media show what appears to be the unthinkable: Mass graves on a New York City island as the city struggles in the throes of a pandemic.

LATEST UPDATES ON THE COVID-19 PANDEMIC