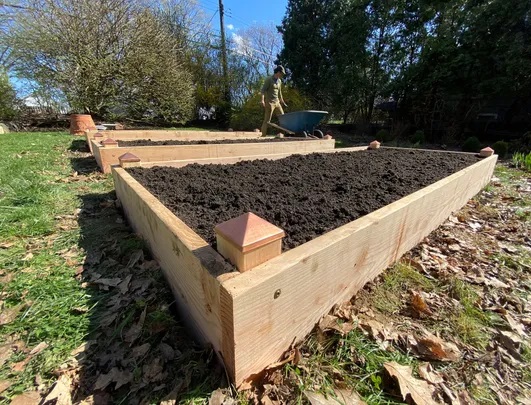 Americans across the country have started taking matters into their own hands. Due to worries about food shortages because of the COVID-19 pandemic, more people are cultivating home gardens to remain self-sufficient. However, the demand for garden seeds seems to have overwhelmed seed companies, who are quick to reassure buyers that there is no shortage of seeds.

While it is admirable that more people are finally seeing the benefits of planning and preparing — the way preppers have for years — by starting their own “pandemic gardens,” there’s just one problem: some seed companies report that they have had to temporarily stop accepting new orders after “an overwhelming surge in demand.”

One such company is Burpee Seeds, an established seed company in Pennsylvania, which was closed to new orders in the second week of April to ensure that it had enough time to replenish their seed supplies. Burpee Seeds resumed accepting customers again on April 15.

Due to coronavirus lockdowns, most Americans are stuck at home to prevent the further spread of the disease. To pass the time, people are starting various home-based activities, which also helped boost the sales of home improvement goods, alcohol and gardening supplies.

Emily Rose Haga, executive director of the Seed Savers Exchange, an Iowa-based nonprofit devoted to heirloom seeds, explained that the surge in demand for garden seeds could stem from citizens being worried about food security. She said that many people in certain regions have had to put orders into their grocery stores and that their groceries take at least one week to arrive. This is the first time that American society has experienced a disruption like this.

Because of the coronavirus pandemic, many Americans are having trouble finding food.

Feeding America, the largest network of food banks in the U.S., reported a 98 percent surge in demand.

Janet Shamlian, a CBS This Morning correspondent, reported that the need could be “most critical in rural America.” Unfortunately, some pantries in rural communities had no choice but to close since food is scarce. The volunteers who staff pantries have also expressed concern for their own well-being.

Seed Savers Exchange first noticed an increase in orders in mid-March. Demand skyrocketed within the next two weeks. To date, the nonprofit is trying to catch up on the backlog.

Haga noted that Seed Savers Exchange experienced a 200 percent increase in the number of orders they usually receive. Moreover, the company, which originally had around 60 employees, had to hire 16 new workers to help handle the sudden influx of sales.

Despite the sudden increase in orders for garden seeds, George Ball, chairman of Burpee Seeds, insists that people shouldn’t be worried about a shortage since people aren’t hoarding seeds.

Ball explained that on a normal day, seeds are weighed, packaged and sent to stores. But when the pandemic hit, seed companies didn’t have enough pre-packaged packets to meet the orders.

Since coronavirus spread throughout the country at the start of the spring, the demand for seeds for “pandemic gardens” proved too much to handle for seed companies.

Despite the lack of available seeds, home gardeners are willing to help each other gain access to seeds. For example, Molly Jones, a 47-year-old from Texas, offered her extra seeds to fellow gardeners on Twitter.

Jones previously stocked up on seeds because she had planned on starting a garden with her sister’s children. She believes Americans are starting vegetable gardens at home for two reasons: To grow food and to relieve stress over the pandemic.

Despite the worrisome circumstances, Jones is grateful for the chance to help others. “If they can see more acts of generosity than the bad things going on, it’ll help them get through it,” she said.

What home gardeners are looking for

Seed companies shared that there is a particular demand for early-season crops like lettuce and peas. Buyers are also clamoring for staple crops like beans, which can be dried and consumed later.

Onion seeds are also in demand. Home cooks may be looking for more ingredients now that people are dining at home.

Ball urged would-be gardeners to be patient if they can’t place orders since Burpee Seeds and other seed companies must temporarily stop accepting new orders to clear the pending ones.

He concluded that home gardeners shouldn’t worry if they can’t start planting immediately, especially since gardeners have at least a five-week window to plant, starting from mid-April to June 1.

While you’re waiting for your garden seed order, here are some vegetables that you can grow from kitchen scraps:

If you can’t order seeds right now, there are alternative ways to grow vegetables in your home garden so you can still have access to fresh food during these uncertain times.