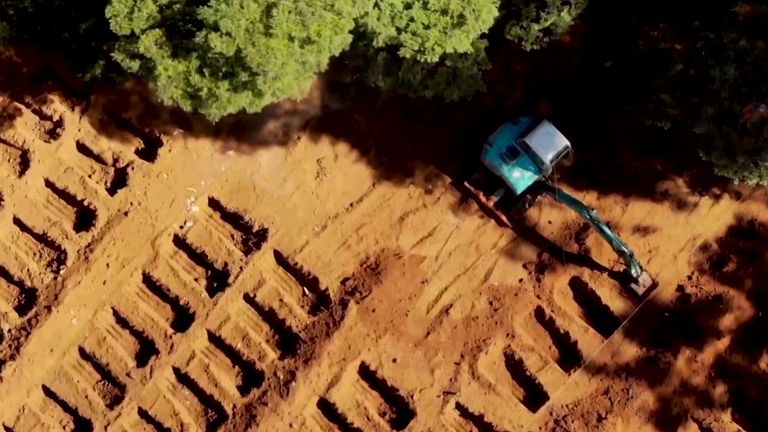 Now it is Latin America’s turn to face the pain of the COVID-19 storm that has spread west across the globe.

In Brazil, the health service is ill-prepared. In truth it is already overwhelmed. Since they can’t fight this virus, they are digging instead thousands upon thousands of graves in the city of Sao Paulo.

The pictures filmed for Sky News by cameraman Eduardo Duwe at the Vila Formosa cemetery, the largest in Latin America, are simply staggering.

More than 13,000 graves are being dug. From the air, the enormity of this digging operation is astonishing. Grave after grave stretches as far as the eye can see.

This is a public cemetery, mainly used by the poorest families. In Sao Paulo, the poorest areas are being hit the worst.

Medical workers across Brazil haven’t given up hope, but there is no battle, no real war on the virus, and they are facing defeat.

In full hazmat gear, the grave diggers and burial teams struggle over the freshly dug earth, while grieving family members follow behind. 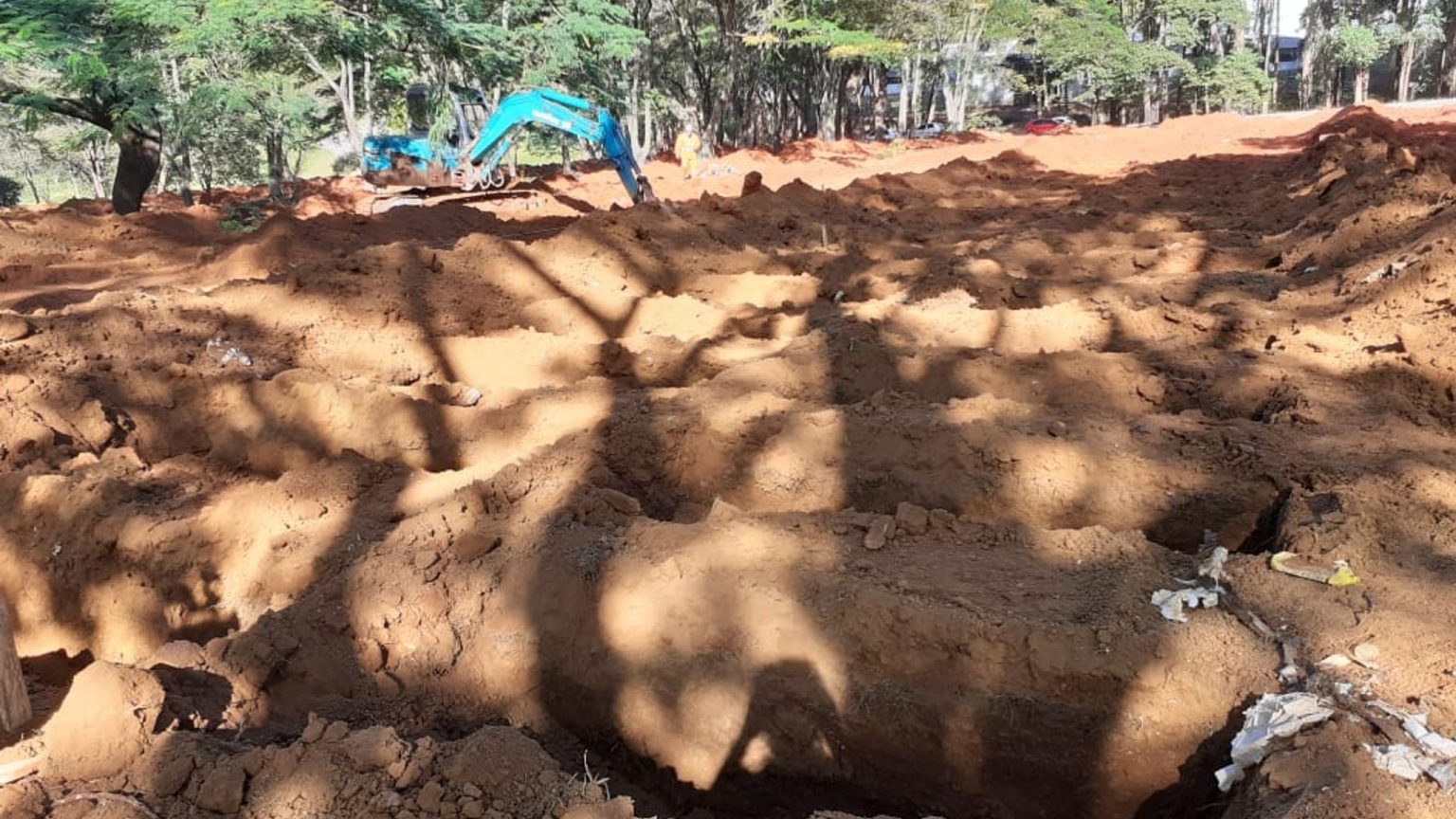 Behind the gates of Vila Formosa

She told us what it was like when she entered the gates of Vila Formosa.

“It was a tense and deeply sad atmosphere, but also there was this rush. Everything was at a very fast pace, something you don’t expect to see at a funeral site,” she said.

“Arrival, document checking and then if there was space they would grant the family some minutes to mourn, otherwise the coffin was just taken by a van immediately to the grave.

“No time for a prayer or anything, no time for goodbyes, no chance to see your loved one for one last time.

“Families were standing at the site surrounded by open graves. It was devastating. When it was done, another family would then take their position on the next grave and the process would start again,” Marcia explained.

And this is only the first infection cycle. Let’s wait for the second run… Catastrophic. More pandemic news

Globally, more than 281,000 have died from the COVID-19 disease caused by the coronavirus, with the number of confirmed infections surpassed four million. More than 1.3 million people have recovered. 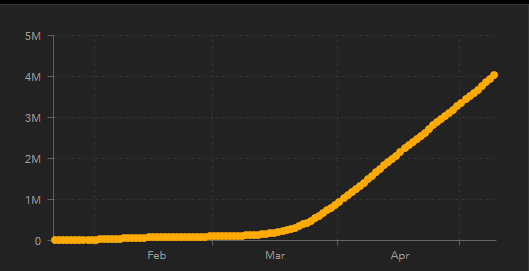