Asteroids to cross the Earth in the New Year

AN asteroid that is larger than the Big Ben tower is set to whizz by Earth.

The massive rock has been named 2013 YD48 by NASA who branded it a “potentially hazardous object”.

The asteroid is set to pass within 3.48million miles of Earth on January 11 - a relatively close call in astronomical terms.

It is approximately 340ft (104m) wide which makes it bigger than Big Ben. 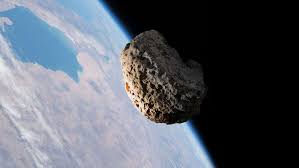 It has been reported that NASA identifies anything that passes within 120million miles of Earth as a Near-Earth Object (NEO).

Asteroid 2013 YD48 is being monitored by NASA on its Asteroid Watch Dashboard.

Experts track thousands of NEO's checking whether they're too close to Earth.

Meanwhile, there are three smaller asteroids set to pass by Earth in the coming weeks.

Another massive asteroid is due to pass by our planet on January 18, after Nostradamus made a chilling prediction about a strike.

It is expected to pass at a distance of 0.013 astronomical units, according to Nasa's Center for Near-Earth Object Studies.