Wildfire Emergency Across U.S and Europe 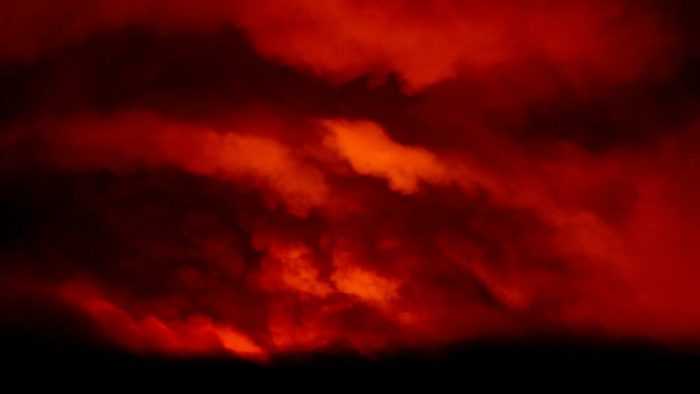 The worst heatwave in decades is causing deaths and mayhem across southeast Europe, with wildfires causing entire villages to be evacuated and millions of people instructed not to venture out into the midday sun.

This fire season is apocalyptic… New giant blazes are starting everyday, prompting states of emergency and mass evacuations around the world.

Here the latest updates for the US and the new main wildfires on the European continent (Italy, Greece and Turkey).

US – Megafires and 91 other large wildfires

Seven new large fires were reported Sunday, bringing the total number of wildfires raging in the United States to 91, according to the National Interagency Fire Center (NIFC).

More than 1.8 million acres have burned since these fires began, the NIFC said.

More than 22,300 wildland firefighters and incident management teams are involved in battling the blazes.

Idaho is the state with the biggest number of large fires, at 23. However, Oregon has the most acres burned: 554,587 among its 11 fires.

The Bootleg Fire in Oregon is alone responsible for burning 413,734 acres.

The Bootleg Fire is currently at 74% containment and isn’t expected to be fully contained until October 1.

The Dixie Fire in California has reached 244,888 acres in size and is 32% contained.

A total of 67 structures have been destroyed due to the Dixie Fire, and an evacuation order remains in place for the Butte Meadows, Jonesville and Lake Philbrook areas.

Thousands of Californians have been forced to evacuate their homes as the state’s largest wildfire this year tore through nearly a quarter-million acres of property, authorities said.

There have been no fatalities reported at this time.

The Mana Road Fire on the northern side of Hawaii’s Big Island led to the evacuation of more than 7,000 people.

Thousands of Californians have been forced to evacuate their homes as the state’s largest wildfire this year tore through nearly a quarter-million acres of property, authorities said.

There have been no fatalities reported at this time.

The fire has scorched more than 40,000 acres since it started Friday.

So far two homes have been destroyed.

Monsoon season has arrived in the west, bringing with it mudslides, flash flooding and dust storms.

The monsoon moisture moving into the region could potentially stomp out some fires and quench the dry vegetation and soil, but it could also cause more dangerous conditions.

Red flag warnings are in place across central and eastern Oregon for the weekend, where the potential for thunderstorms has drawn out worries for more fire starts.

With the Bootleg Fire already blistering over 400,000 acres of the Oregon hills, lightning and strong winds from monsoon thunderstorms could start more fires, further straining resources.

The rainfall might help control some fires in the region. But left behind will be the scorched earth that is prone to runoff and flash flooding.

The United States isn’t the only country experiencing serious wildfires. For the second straight day, more than 1,100 people have been evacuated by sea from the tourist hotspot of Bodrum to escape Turkey’s forest fires burning along the Mediterranean coast.

“We helped the evacuation of 1,140 people by 12 boats,” Orhan Dinc, president of the Bodrum Maritime Chamber, told CNN on Sunday. “We did evacuation by boats yesterday as well, but I have never witnessed something similar before in this region. This is the first time.”

The death toll in Turkey’s forest fires along the Mediterranean coast has increased to at least eight people killed on Sunday, according to state-run Anadolu Agency.

According to the Turkish Agriculture and Forestry Ministry, 111 fires have started across the country since July 28. Six fires are still burning in three different cities, the ministry said.

A wildfire that broke out Saturday in western Greece forced the evacuation of four villages – two in the mountains and two by the sea – and people on a beach.

The fire was in a mountain forest 30 kilometers (19 miles) east of Patras, Greece’s third-largest city. Aided by strong winds, the fire raced down the slopes and threatened seaside villages.

290 firefighters are fighting the fire, along with 8 planes, 7 helicopters and a Fire Service special forces boat. Coast guard vessels and private boats also helped in the evacuation.

The fire shut down the Athens-Patras highway and the 2.9-kilometer (1.8 mile) Rio-Antirrio bridge west of the fire.

A total of 56 wildfires have broken out in the past 24 hours in Greece, aided by a combination of dry weather, a heat wave and strong winds. Most were put out at an early stage.

Firefighters in Italy were battling wildfires for the second day in a row on Saturday, with the blazes reaching the Sicilian port city of Catania.

Late Friday, some 150 people were trapped in two seaside areas in Catania, before eventually being evacuated by sea, where they were picked up by rubber dinghies and transferred to Coast Guard boats.

The fires also forced the temporary closure of the region’s airport, as part of a procedure to give precedence to air rescue and firefighting missions.

As temperatures soared towards 40 degrees Celsius (104 degrees Fahrenheit), hot winds have fanned the flames across Sicily, with fires also erupting in Palermo province, causing ash to rain down on the island’s capital, local media reported.

And there is no end in sight for Europe…

The heatwave, the result of a heat dome, has seen temperatures reach above 40°C (104°F) in many areas, and meteorologists expect the weather will continue into next week making it the most severe since the 1980s.

Authorities in Greece, Turkey, Serbia and Bulgaria, and many other countries in the region, are warning residents to avoid direct sunlight during midday hours, while firefighting crews across the region are scrambling to protect properties.