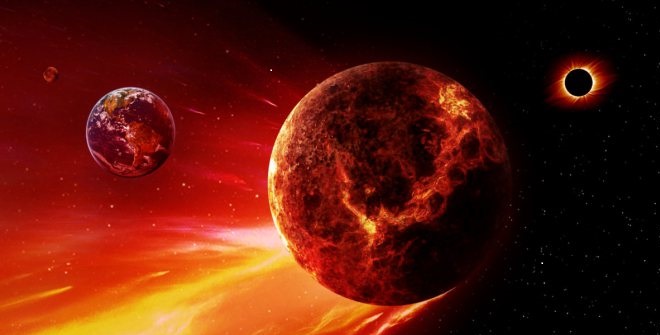 Hercolubus, the planet of the end times

There are countless prophecies about future times, but only one is repeated across many cultures: the arrival of a huge planet whose magnetism will alter our world. Since ancient times this planet has been known as Hercolubus. However, it is recognised in many traditions, prophecies and sacred books under different names such as Planet X, Nibiru, Baal, Wormwood, Marduk, Nemesis, The Beast, Red Planet, and many more.

Hercolubus is a gigantic world, 5 or 6 times bigger than Jupiter. In the past it put an end to the Atlantean civilization and it is approaching Earth again. In its present encounter, the progressive approach of Hercolubus will bring about all type of volcanic eruptions, earthquakes and tidal waves, which will become more and more frequent and intense until total devastation come about. The approach of Hercolubus is an event that will cause deep changes on our planet. Regarding celestial mechanics, Hercolubus will help the pole shift. Indeed, it is the part of the great machinery. 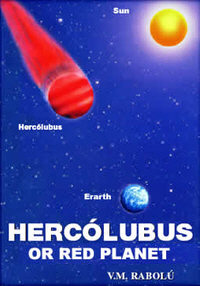 All those events are related by V.M. Rabolu in his book Hercolubus or Red Planet, a work that is being disseminated by the Alcione Association in a non-profit way. V.M. Rabolu was a well-known Colombian researcher who, based on his direct and conscious experience, wrote about the arrival of Hercolubus. In his book, V.M. Rabolu states:

“When Hercolubus comes closer to the Earth and aligns with the Sun, deadly epidemics will begin to spread over the entire planet. Neither doctors nor official science will know what sort of illnesses they are or how to cure them. They will be powerless in the face of the epidemics.

“The moment of tragedy and darkness will come: tremors, earthquakes and tidal waves. Human beings will become mentally unbalanced, because they will not be able to eat or sleep. In the face of danger, they will throw themselves over the precipice en masse, completely mad.

“What I am affirming in this book is a prophecy that will be fulfilled very shortly, because I am certain about the end of the planet; I know it. I am not frightening, but warning, because I am distressed about this poor Humanity. These events will not be long in coming and there is no time to waste with illusory things.”

Due the importance of this message, The Alcione Association is sending by mail free printed copies of the book Hercolubus or Red Planet to any place worldwide. You can request your free copy at HercolubusPlanet.com.