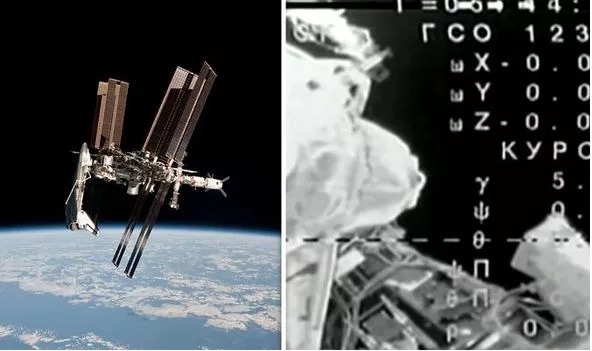 THE ISS live stream was interrupted by the screaming of an astronaut on board the Soyuz spacecraft during docking with the International Space Station (ISS) in 2014, after she claims she spotted something “almost alien”.

Tomorrow, the Soyuz MH-14 will travel to the low-earth orbiting satellite with a Russian robot on board. Skybot F-850 will spend just over one week on the ISS, where it will "perform several tasks under the control of astronaut Alexander Skvortsov and will be able to communicate with the crew," according to the Russian space agency Roscosmos. Ahead of the mission, bizarre footage has resurfaced of a previous Soyuz operation which caused quite a stir at the time.

The video shows the moment Italian astronaut Samantha Cristoforetti docked with the space station alongside her Russian colleague Anton Shkaplerov.

She screams in what appears to shock during the final stage of the landing.

The footage quickly went viral on social media, where some claimed two anomalies could be seen passing by during the video just before her outburst.
Former UFO investigator for the Ministry of Defence, Nick Pope, stated: “This is unprecedented.

“Here she is, screaming in terror, what did Cristoforetti see?

“You can see on the video two small, but clearly defined objects passing across the camera.

“It’s not an optical illusion, it doesn’t appear to be an effect of the camera. 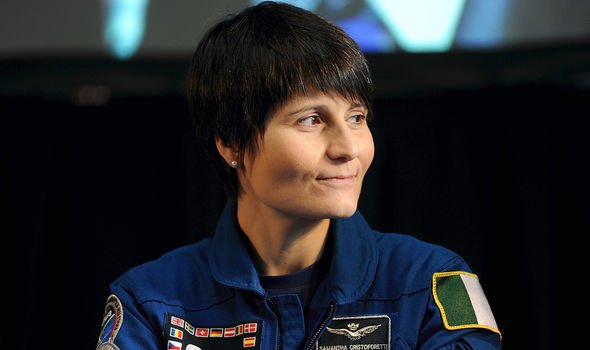 “Then my eyes caught something in the peripheral view.

“And as I slowly turned my gaze and when I realised what I was seeing, I was overcome by pure amazement and joy, the Space Station was there, but not just any view.

“The huge solar panels were flooded in a blaze of orange light, vivid, warm almost alien.”

Ms Cristoforetti continued: “I couldn’t help exclaiming something aloud, which you can probably hear in the recordings of our docking since at that point we were ‘hot mic’ with Mission Control.

SEE RELATED VIDEO: Bizarre Anomaly in the Heavens Stuns Skywatchers Across the Globe