UFO Streaks Across the sky over Popocatepetl Volcano Seconds after Eruption 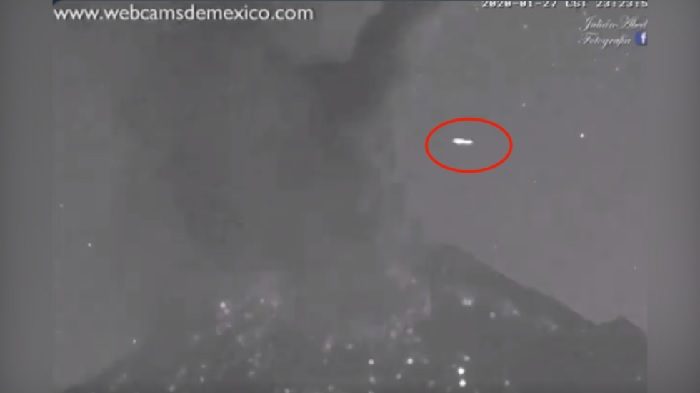 Government-run webcams monitor Popocatepetl and eagle-eyed netizens spotted what appeared to be a UFO in the skies above shortly after it began spewing ash following a massive volcanic explosion late Monday evening.

Naturally, online speculation about alien visitors was rife, with some making light of such an unlikely scenario and others simply wanting to believe that the truth is out there.

But many were quick to burst the UFO bubble. “It’s just a plane” or “it’s a satellite” were the most common responses by the realists among the commenters.

Regardless of potential extraterrestrial activity or not, authorities have warned the public to avoid the area while the Level 2 Yellow alert is in place.

The initial eruption began at approximately 23:18 local time on Monday night, with the volcano launching cinders high into the sky before belching out a vast column of ash some 600 meters into the sky. A second eruption took place just 40 minutes later, launching volcanic debris into the surrounding area.

Appearance of Mysterious Lights After Explosion of Popocatepetl Volcano on June 19, 2016