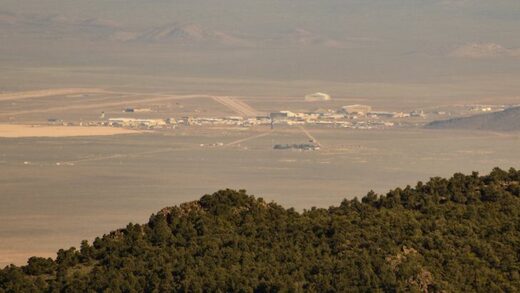 The Joe Rogan Experience podcast - which recently announced that starting in September will be exclusive to Spotify - had private pilot Gabe Zeifman reveal new never before seen photographs of the mysterious Area 51.

Rogan, who has long had an interest in the UFO community first discussed the images as part of his new 3-hour interview.

Over his decades-long career, Rogan has spoken to many of the top researchers, storytellers, and aficionados in the community.

In these new photographs of the super-secret base and its surrounding area are rarely seen angles of the Groom Lake area, taken from northwest of the main base looking southeast. 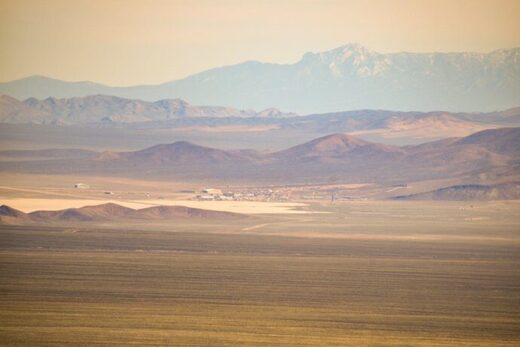 Zeifman, who lives near the Edwards Air Force Base in Kern County, Southern California, is an Air Traffic Controller and private pilot.

The new photographs were taken during his third session near Area 51.

During each of these flights in the area, he asks for and receives permission to cross through this incredibly restricted airspace.

He makes sure to record his flights with a GoPro camera with his audio so that he can document asking for and being given this permission.

He has said that if a private pilot were to purposefully or accidentally cross into the restricted airspace, it would end up being a very bad day.

Area 51 and its surrounding bases have long been a focus of conspiracy theories due to their secretive nature and connection to classified aircraft research.

Many of the theories revolve around supposed underground facilities at Groom Lake - featured in the new photographs.

Area 51 has never been declared a secret base, but all research done in the area is Top Secret.

It wasn't until June 25th, 2013 that the US Government ever publicly acknowledged the existence of the base, following a FOIA request that also declassified documents detailing the history and purpose of Area 51.