Shape-shifting' UFO spotted '30,000ft' in the air by plane passengerr 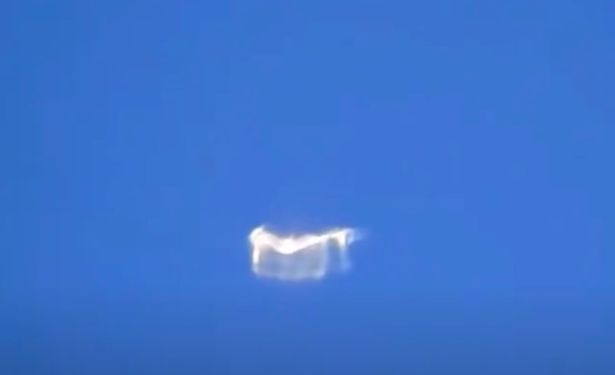 A plane passenger was baffled after spotting what seemed to be a "shape-shifting" object flying tens of thousands feet above the ground.

Conspiracy theorist "Disclose Screen The Grimreefar" shared the footage to his YouTube channel. It was sent in by a German tourist on board a plane who claimed the UFO was travelling alongside for seven minutes.

In the clip, which was captured on a Nikon P900 camera, a white illuminating object is seen flying at a higher altitude than the plane.

The outline of the object appears to be a drone or a plane-like shape but it soon starts to "transform" and becomes elongated.

The glowing white lights on the mysterious craft then turn into a Y-shaped figure.

While the plane passenger is trying to focus the zoom on the UFO, it once again goes from a vertical shape back to a horizontal on

The YouTube vlogger claimed that what had been caught on camera could a "plasma-based life form" on Earth.

He explained: "I've got this incredible sighting on film by a passenger on board an airline of what appears to be a shape-shifting object.

"It almost looks like it's made out of plasma, the only downfall to this video is I've only been able to obtain the quality of 460p. I wish we had more but it is enough. 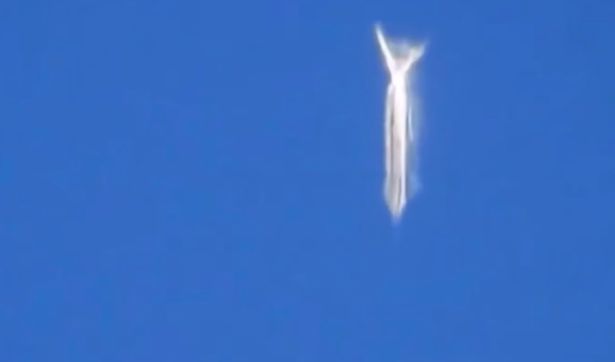 "The plane's altitude is anywhere between 10,000 and 30,000 feet and this object is filmed over seven minutes above the altitude of the plane and it seems to be moving alongside with the plane.

"People are going to call this a UFO, well technically it is, but I'm leaning more towards this being a biological entity or a plasma-based life form living in our upper atmosphere."

The clip was shared onto a UFO Reddit group and many shared their thoughts on the phenomenon.

One wrote: "Looks hyper-dimensional; we're seeing a moving slice of it interact with our 3D space."

"That alien morphed into a shopping cart in sky," a second added.

Others said it was the most astonishing UFO video they had ever seen.