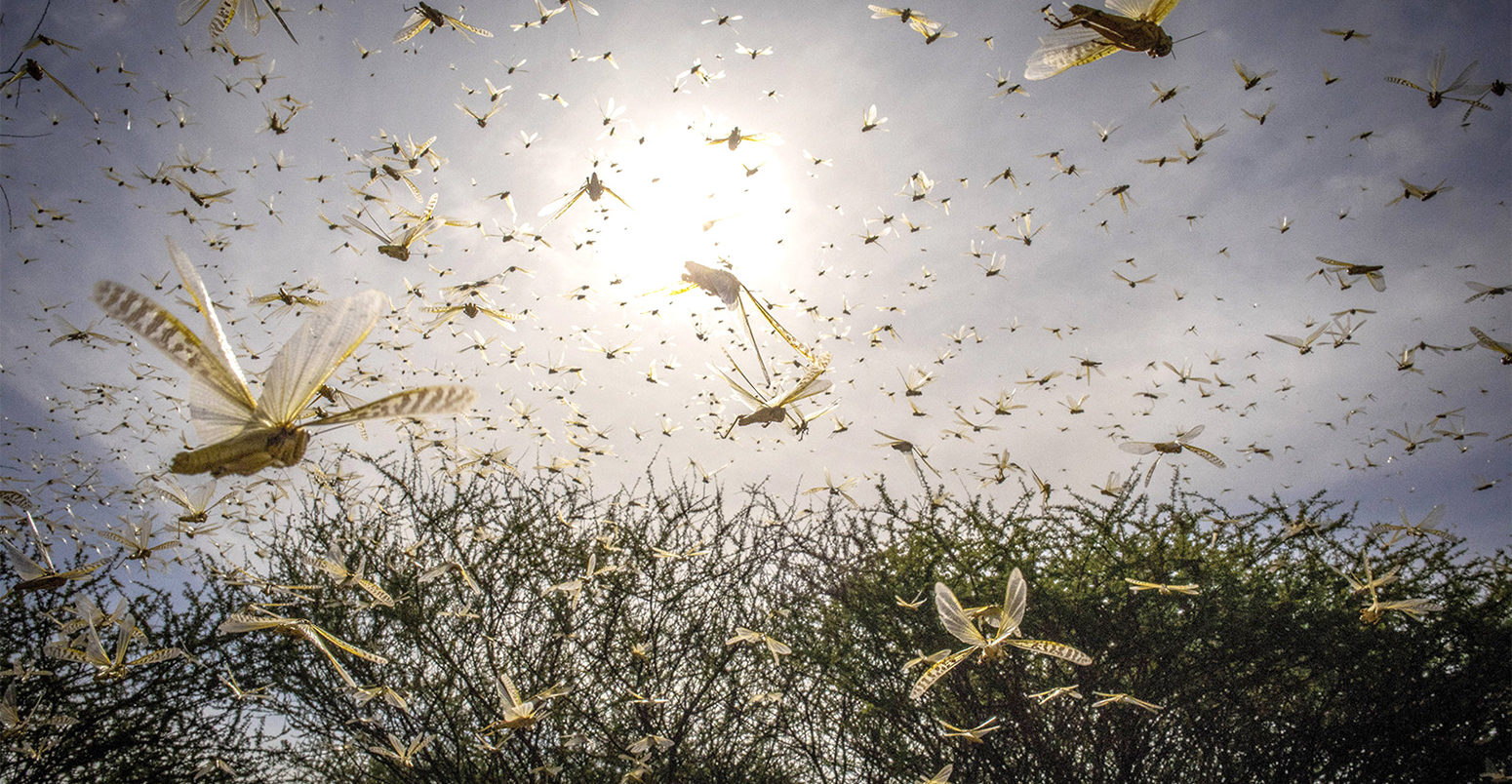 Shortly before Coronavirus began sweeping the globe, the largest locust plague in 70 years was sweeping through various countries in Africa.

According to the Associated Press, they're back - with a second wave of the destructive, crop-eating insects up to 20x as large as the first which are swarming by the billions.

The young desert locusts have left their breeding grounds in Somalia, where they will search and destroy fresh vegetation resulting from seasonal rains. This in turn has caused locals to band together to try and combat them, only to risk spreading coronavirus, according to the report.

It is the locusts that “everyone is talking about,” said Yoweri Aboket, a farmer in Uganda. “Once they land in your garden they do total destruction. Some people will even tell you that the locusts are more destructive than the coronavirus. There are even some who don’t believe that the virus will reach here.”

Some farmers in Abokat’s village near the Kenyan border bang metal pans, whistle or throw stones to try to drive the locusts away. But mostly they watch in frustration, largely barred by a coronavirus lockdown from gathering outside their homes.

A failed garden of cassava, a local staple, means hunger. Such worries in the village of some 600 people are reflected across a large part of East Africa, including Kenya, Ethiopia and South Sudan. The locust swarms also have been sighted in Djibouti, Eritrea, Tanzania and Congo. -AP

According to the UN Food and Agriculture Organization (FAO), the locust outbreak represents "an unprecedented threat" to the food supply and livelihoods, while officials claim that the new wave is approximately twenty times larger than the one from just months ago.

"The current situation in East Africa remains extremely alarming as ... an increasing number of new swarms are forming in Kenya, southern Ethiopia and Somalia," reads an assessment by the FAO.

Meanwhile, a third round of locusts is expected in late June and July - coinciding with the beginning of harvest season, according to the organization - which has asked for $153 million in aid, up from $76 million. So far the FAO has gathered $11 million in cash or pledges despite what they say is a need for urgent action before more rainfall causes locust numbers to explode once again.

The locusts are “invading the Eastern Africa region in exceptionally large swarms like never seen before,” the Nairobi-based Climate Prediction and Application Center said.

The new swarms include “young adults,” voracious bugs “that eat more than the adult ones,” said Kenneth Mwangi, a satellite information analyst at the center.

Mwangi and other officials in Kenya cited difficulties in fighting the infestation as coronavirus-related travel restrictions slow cross-border travel and delay the delivery of pesticides. -AP

"I think, unfortunately, because of other things going on around the world, people are forgetting about the problem with the locusts. But it’s a very, very real problem," farmer George Dodds told the FAO.

AP reports that aerial spraying is the only effective way to control the outbreak, however Uganda's agriculture minister says they are unable to import enough pesticides from Japan due to disruptions in international cargo shipments. Meanw

hile, the Ugandan government has failed to allocate over $4 million requested for locust control.

Meanwhile in Ethiopia - home to some 6 million people living in areas directly affected by the locust outbreaks, the infestation "will cause large-scale crop, pasture and forest-cover loss, worsening food and feed insecurity," if not addressed quickly, according to the FAO.